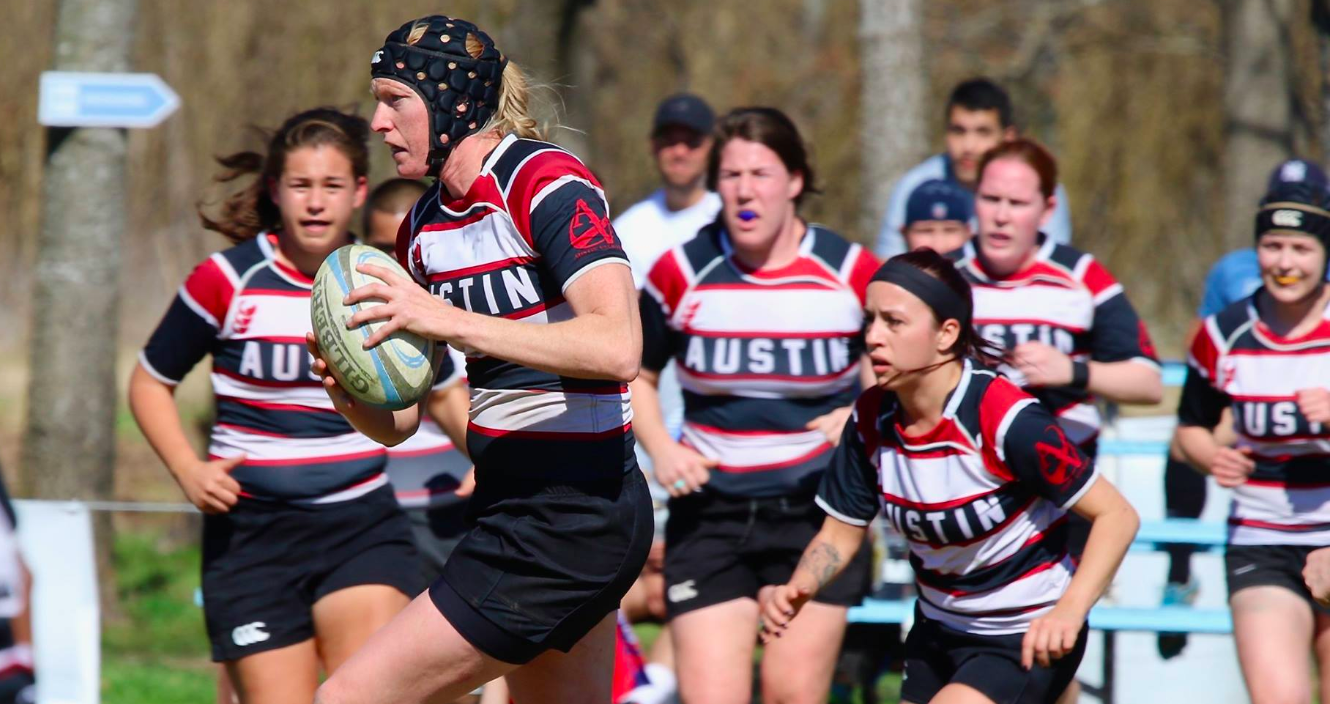 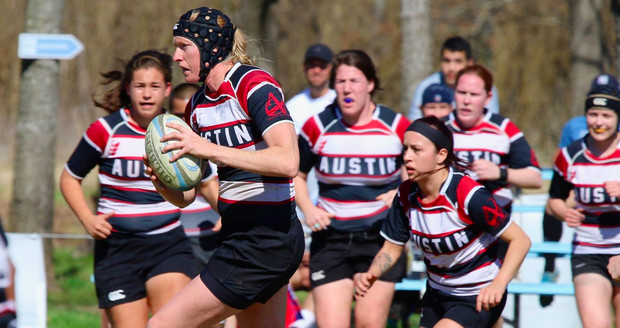 Francine Bray on the attack with plenty of support. /// Photo: Norma Salinas Photography

The DI club Red River conference resumed league play yesterday and Austin celebrated with an 81-0 win over the Oklahoma Roses. The Valkyries are 4-0 and have outscored opponents 197-5, but anxieties lie ahead.

“I’m worried about our schedule in general,” Austin president Francine Bray explained. “We have the Griffins in two weeks and then nothing scheduled for March. It’s hard to build up the program and stay focused [with an in-season month gap] until the end of the season in May. We’re building our fitness, managing injuries and just trying to keep that momentum.”

Austin might schedule some friendlies in March to fight any waning interest that might otherwise occur during four consecutive weekends off. Fortunately, the Valkyries have graduated from the rebuilding stage that it had occupied the previous two years, and the core group has extended beyond decade-long players like Heather Rennerfeldt, Diana Melius, forward captain Eva Wermer and back captain Autumn Murrill. The younger can now contribute to the longevity of the club, with players boasting 3-4 years of experience on average. The team is now in a good place to embrace and execute changes to its game structure and play.

“We’re really trying to pick up the pace of the game,” Bray explained. “Traditionally, we’ve played a very forwards-heavy game – 3-4 crashes in a row, lining up directly behind the ruck and deciding to punch left or right. But it made for a predictable pattern of play. We’ve changed our strategy so we can extend space. Our attack is more like the international style of play – extend past the x, y, z hinge and give more space to our backs.”

The forwards did their job Saturday, winning their set pieces and breakdowns, and keeping the defense scrambling with passes before contact. Although the offloads through contact still need work, the forwards’ momentum opened up the space through which the backs attacked.

Young flyhalf Jordan Ynostrosa had a fantastic game, running nice strike lines, sending quick hands down the line, and keeping Oklahoma on the back foot with her kicking game. Second-uyear inside center Claire Tilton ran nice lines off her flyhalf and capitalized on the space with several tries. Fullback Sierra Jenkins, a Texas grad and newcomer to #15, played a great game as well.

“Oklahoma has a good kicker in Savannah Campbell, and we had to fight out of our end occasionally,” Bray said. “Their backs are generally strong runners and could chase our girls down. So it was difficult for the forwards to get to those tackles and secure the ball. But there wasn’t any time in the game when I thought we might be scored upon.”

Austin has been focusing on fitness this year, and the goal is to have minute 75 look like minute 1 in terms of pace and aggression. That consistency was a big difference-maker on Saturday.

“You could see quite a bit of it coming together,” Bray said. “We’ve been trying this new style since the fall, and it has become very apparent that if we stay disciplined and run the pattern, that it works. The team has bought in. I’m interested to see how it goes when we play our in-state rival, HARC. The last couple of years, they’ve beaten us in narrowly close games.”

That game won’t occur until April 6, but regardless of the outcome, Austin has already clinched its spot in the conference playoffs. The top four (of six) teams advance to the final four weekend, and the finalists advance to nationals. The champion goes to the DI national playoffs, while the runner-up heads to the DII post-season. Last year, the Valkyries advanced to the DII semifinals, where it lost by one point to Sacramento.

“We’d be honored to go to either playoffs,” Bray said of post-season preferences. “We went to DII last year and played a fantastic game against Sacremento. I had a lot of fans say that it was their favorite game to watch because there was such a clear difference in style of play, and it was a battle.”