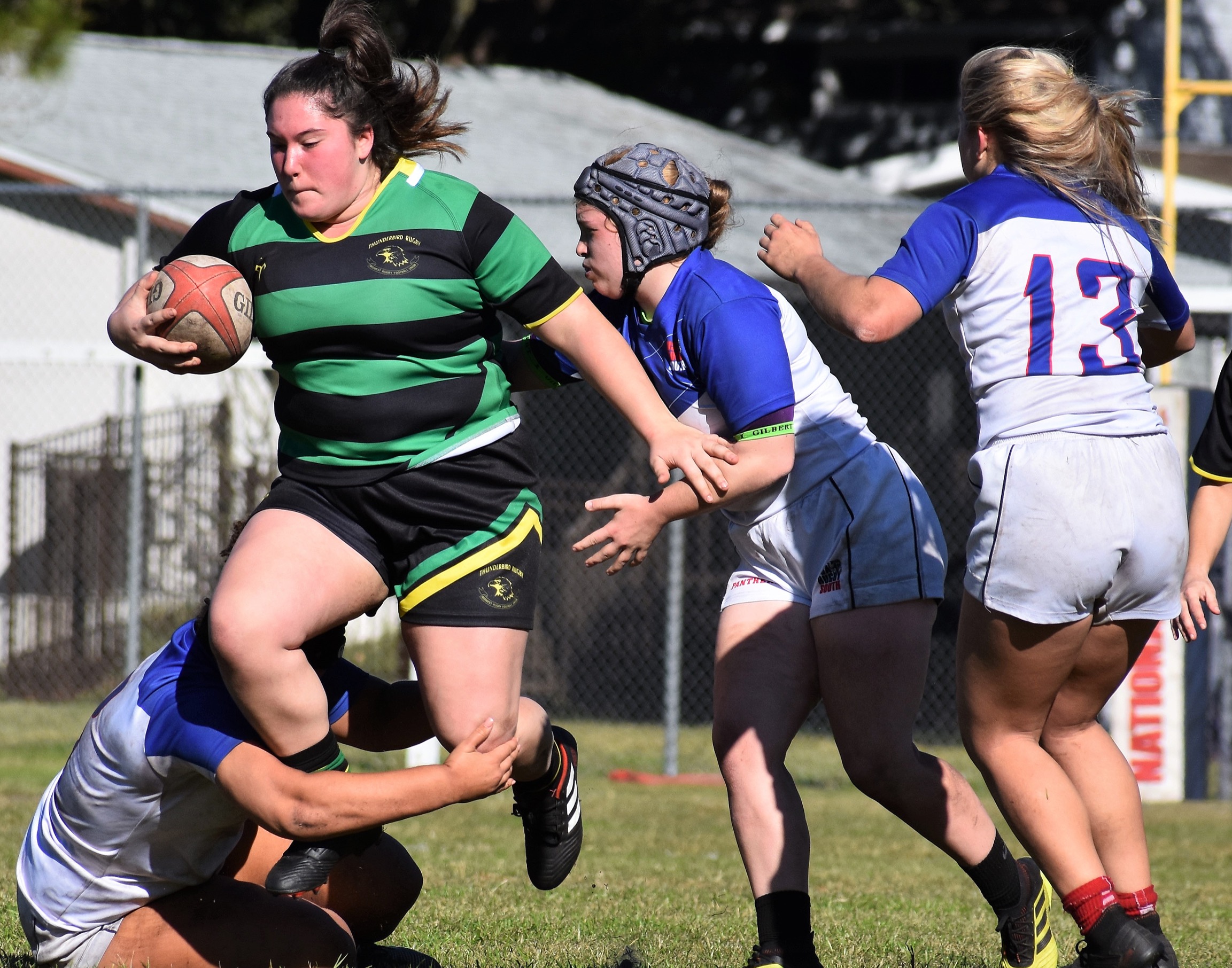 Despite the two-year pandemic disruption, interest in and support for the Midwest High School Thunderbirds have never waned. When the regional all-star program started to re-emerge in mid-2021, coaches were eager to recommend their athletes, and players were ready to travel in order to be seen. The player pool rebuilt quickly, and with the talent and rugby IQ that has marked the Baby Birds in years past. Now the U18 all-stars are ready to play some games and will return to St. Petersburg, Fla., for 15s against the USA South U18s.

The Baby Birds played their last games in January 2020, when the team traveled to Florida for its annual 15s winter tour. Covid-19 arrived in mid-March, and Midwest Youth Rugby decided to follow USA U18s in terms of Return to Play schedule.

“No one knew how to approach everything with Covid, so we were waiting until they started doing stuff,” Midwest HS Thunderbirds coach Garrett Fisher reflected on the previous two years. “It was tough at times to see other select sides play when we had to sit still, but it was O.K. We got through it.”

Fortunately, Fisher and staff had put the program in good position to withstand a long playing hiatus.

“When we shut down, we had already written evaluations on well over 100 players,” Fisher said of maintaining a depth chart. “So coming out of the pandemic, we still had 26 players [in high school and eligible to play].”

Adding new players to the pool was a bit more difficult, as there were still limited scouting opportunities in 2020-21, but more active states like Ohio and Wisconsin provided selectors with quality options.

“We called coaches and got tape from all of the Michigan teams and some of the Indiana teams,” Fisher said of virtual recruiting. “We were lucky enough that we had built so many good relationships with the high school coaches that they were willing and jumping at the opportunity to send us tape.”

In June 2021, the Thunderbirds held a one-day camp at Denison University in Ohio, and 45 players from across the Midwest attended.

“Kids were willing to drive five, six, seven hours for a one-day clinic. It just goes to show that kids were ready to get back at it,” Fisher said, impressed. “We definitely found some kids we liked and wrote reviews on and who are now going to Florida [for tour]. You show up to an event, you put forth the effort and show your talent, and you get selected.”

Fisher was able to take in some rugby, and the Carmel (Ind.) 15s games against the Wisconsin All-Stars provided solid prospects. By the end of the summer, the pool was back at 60 players, and after this forthcoming spring season, Fisher hopes to be back near the 100 range.

As the pool refreshed and rugby returned in stronger numbers, Fisher considered 2022 tour options. In the past, the squad has traveled to Florida and played anywhere from regional all-star teams to college sides.

“We’re going to St. Petersburg again because we’re so familiar with the area,” Fisher said of tour selection. “We’ve discovered hotels we like, and restaurants to cater from, and where the Costco is for lunch and breakfast. Originally, Eckerd College was hosting all of our practices and games, but not anymore, so we made good relationships with the St. Pete’s men’s and women’s programs down there. They have field space for us, and we’ll use their game field with painted lines. So we’re building bridges. And who doesn’t like going to southern Florida in February when you’re from the Midwest?”

The Midwest HS Thunderbirds depart for Florida on Feb. 17 and will play two games against the USA South U18s. Joel Bonnaud, now the current USA U20 head coach, will be coaching the Panthers. The two used to be in-state rivals, back when Bonnaud was head coach at Ohio State, but they bonded in Chula Vista while shadowing USA coaches as part of the SOAR program. Bonnaud was also a USA U18 assistant coach, so he obviously values the elite playing opportunities for this age grade.

“The team that is going to Florida, only one kid has been a Thunderbird before, and that’s Lexi Erdolino from Buffalo. So we’re excited to work with so many fresh new faces,” Fisher said. “They’re as talented and as smart as the rugby players have been in the past. There’s just a lot of question marks. [In the past] we had some kids on three different tours, so they really knew our strategies and principles inside out. This team will be interesting to see how quick they pick up on some of that stuff.”

Some of that work is being addressed in an online classroom setting, where staff post homework, the players complete it, and then the group discusses it virtually. And while 23 players will be making their Thunderbird debuts this February, that’s not to say that diverse experience fills the ranks.

“They’re really excited, especially because they’ve seen the success of the games between the USA South and Midwest before,” Fisher said. “This year, the USA Pathways is holding a talent ID camp for every single kid on the Thunderbirds and USA South team. [Women’s Pathways Manager] Martha Daines is sending coaches. They see value in what we’re doing and that keeps us moving forward.

“I’ve also already had phone calls from NIRA teams that they’re sending coaches as well,” Fisher added. “That’s our number one goal with the Midwest, it’s to get these kids exposure to the USA Pathway and colleges that want to offer them scholarships to play rugby.”

In the same helpful vein, Fisher is hoping to launch the program’s first 7s team and play a tournament in the spring and then summer.

“The only reason we’re doing that is because the players and high school coaches are asking us to put a team together,” Fisher said. “They want us to do it, and we’re here to help the coaches and players out.

“That would be my message to everyone,” he continued. “We don’t like to claim that we ‘made’ these players. They ask us to help them get exposure. I try to push them to grow their own game, and then we put them in front of college coaches and the USA Pathway.”

As for the rest of the calendar, the Thunderbirds are planning for a 15s ID camp in the summer, followed by games, perhaps against the Ontario Rugby Union, which has collaborated on either side of the border before. It would be nice, however, if other regions mimicked the Midwest structure and could provide domestic competition as well. In the meantime, Fisher is planning another international tour in summer 2023.