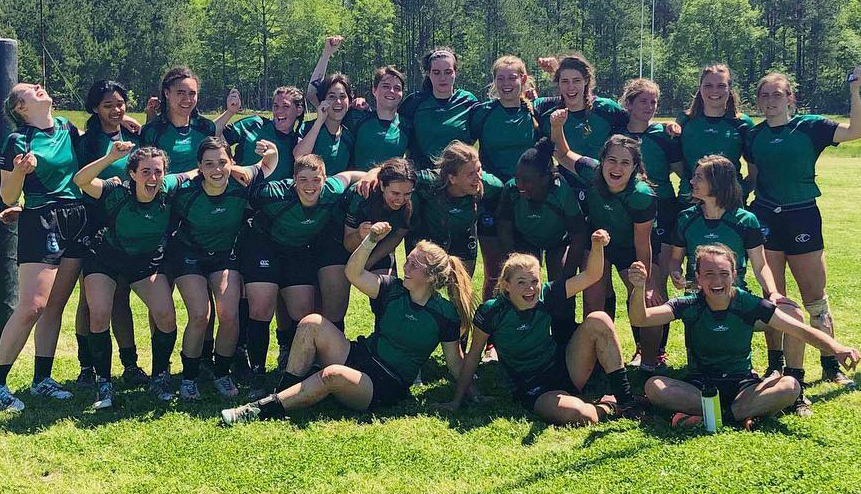 2019 marks Tulane University’s fourth-straight trip to the final stage of the USA Rugby DII College Spring Championship. Thus, the Green Wave is a resource for how the DII game has evolved these last few years, and will gain further insight on Friday, May 3 (2 p.m. ET) when it plays Fresno State in a spring semifinals – a rematch of 2018.

Tulane surprised the field and itself when it won the 2016 spring title in Davis, Calif. The team took down Salisbury in double overtime and then beat a physically intimidating Humboldt State for the trophy (reminisce here). The following year, Tulane beat now-DI Grand Canyon 22-20 in the spring semifinals and then fell to Kennesaw State in the waning moments of the title bout. Reflecting on those four brutally tough games, there was a common denominator among Tulane’s opponents: size differential.

“In that [2016] final, we were so far outweighed it was comical,” Tulane head coach Jessica Mallindine said of now-DI Humboldt State and the team’s first major post-season. “That first tournament, we knew we didn’t have the skill set, or the rugby IQ, of other teams. We also knew we weren’t going to win a pushing contest, so when we were developing a strategy, we spent a lot of time figuring out how to tactically create gaps and take advantage of them.”

Tulane had to outrun its opponent, and on defense, the team had to move the contest away from the breakdown. Borrowing from Italy’s tactics, Tulane didn’t engage in the losing battle of the counterruck but rather set up for the next phase of defense and pressured ballcarriers by meeting them behind the gainline.

Mitigating size was also central to the 2017 run. First-year Grand Canyon was another exercise in overcoming size and power, and the following year, the Lopes joined DI.

“The second year, it was roughly the same scenario,” Mallindine said. “Ultimately what killed us against Kennesaw State, they had some girls that we could not control at the point of contact. We couldn’t get them down to ground and struggled at the ruck. We lost in the last play or two.”

The Owls, regrettably, did not compete in this year’s SIRC season and are attempting to rebuild numbers.

In year three, the spring final four shifted. Tulane played Claremont Colleges and Fresno State, and size was not an issue.

“Last year was really interesting and made us go back to the drawing board,” Mallindine said. “Those two teams are the closest in size and weight and style of play that we’ve ever played. That final was essentially a mirror image of ourselves, roughly speaking. It wasn’t about being potentially overpowered but more about controlling the pace of the game – because it was so much faster and the outside was used in a way that hadn’t been used in the past. Ballhandling skills were better and the kicking game made an appearance, which I’d argue hadn’t existed for us and other teams.”

When considering the shift in play from 2016-2017 to 2018, Mallindine pointed to the heightened interest in 7s. She noted less emphasis on power plays from power players and counter-rucking, and more focus on an offload game. The attack embraces more ball work, transfer speed, strike lines, kicking games.

“Those players who are in positions where strength and power are needed over speed and agility, they definitely have a role. The light-of-foot have their opportunities only if the power players set it up for them,” Mallindine said. “Some teams would be forward heavy and not utilize the outside as much. So their attack from the back line might have been a little flatter and more dependent on the forwards making those yards with every carry. There were more forward tries because of it. Now, they’d use their forwards in a more tactical way to make space for the rest of the team.”

Tulane has been successful in strategizing against its opponents, but finding the right style for this year’s squad was a central concern this season. The Green Wave was fortunate that the game that evolved around the personnel is suited to this Friday and Saturday’s competition, all of whom like to spin the ball and play fast.

First up is Fresno State in the semifinals. Mallindine indicated that last year’s semifinal against the Bulldogs was one of the team’s favorite games.

“Last year the team was very stressed. They knew what they had to do the two years prior – knew how to run around people – but last year was different,” the coach said. “They were nervous because they didn’t know how they’d do against a team that was structured like themselves. Against Fresno State, that was the match where we waffled for a bit.”

Tulane lost 3-4 players to professors who wouldn’t release students from finals and traveled to Mathews, N.C., with 20. That will be a stresser, but the rest of the process has been less demanding. The playoff locations have been more amenable this year – no trips to California! – and after four years of wending through the post-season, the dissemination of information is at its best.

“USA Rugby has done a lot of work in making these competitions easier to manage and navigate. There’s less confusion now about what is expected or what’s happening,” said Mallindine, who recalled spring 2016, when three trips to California, all two weeks apart, were asked of the collegians. “They’re making sure there’s coverage of the spring championships, and that didn’t happen the first couple years. They’ve done a really good job of recognizing the value of the spring championship.”

Check out FloRugby.com for live streaming of the DII spring championship.