Divine Savior Holy Angels (DSHA) is playing good rugby right now, as demonstrated at last weekend’s Midwest High School Championship. But the title win in Elkhart, Ind., was an emotional victory, too, and set a good platform for a positive outing at the Single-School National Invitational Tournament (NIT) in Glendale, Colo.

The concept of family is always invoked within rugby, and it was a real influencer for DSHA last weekend. Two Dashers – one current, one alumna – had their grandfather pass away on Easter Sunday. A big supporter of DSHA rugby, he requested that his funeral not be held that weekend so it wouldn’t detract from the Midwest championship. It was an incredible gesture and empowered the players to give a little extra.

“They all have special talents and are special people and leaders,” said DSHA’s John Klein, who’s in his 21st year as head coach. “That combination matters.”

Day one played out as expected, as top-ranked DSHA defeated Carroll 63-5 and Grandville 60-0 to advance to the final. 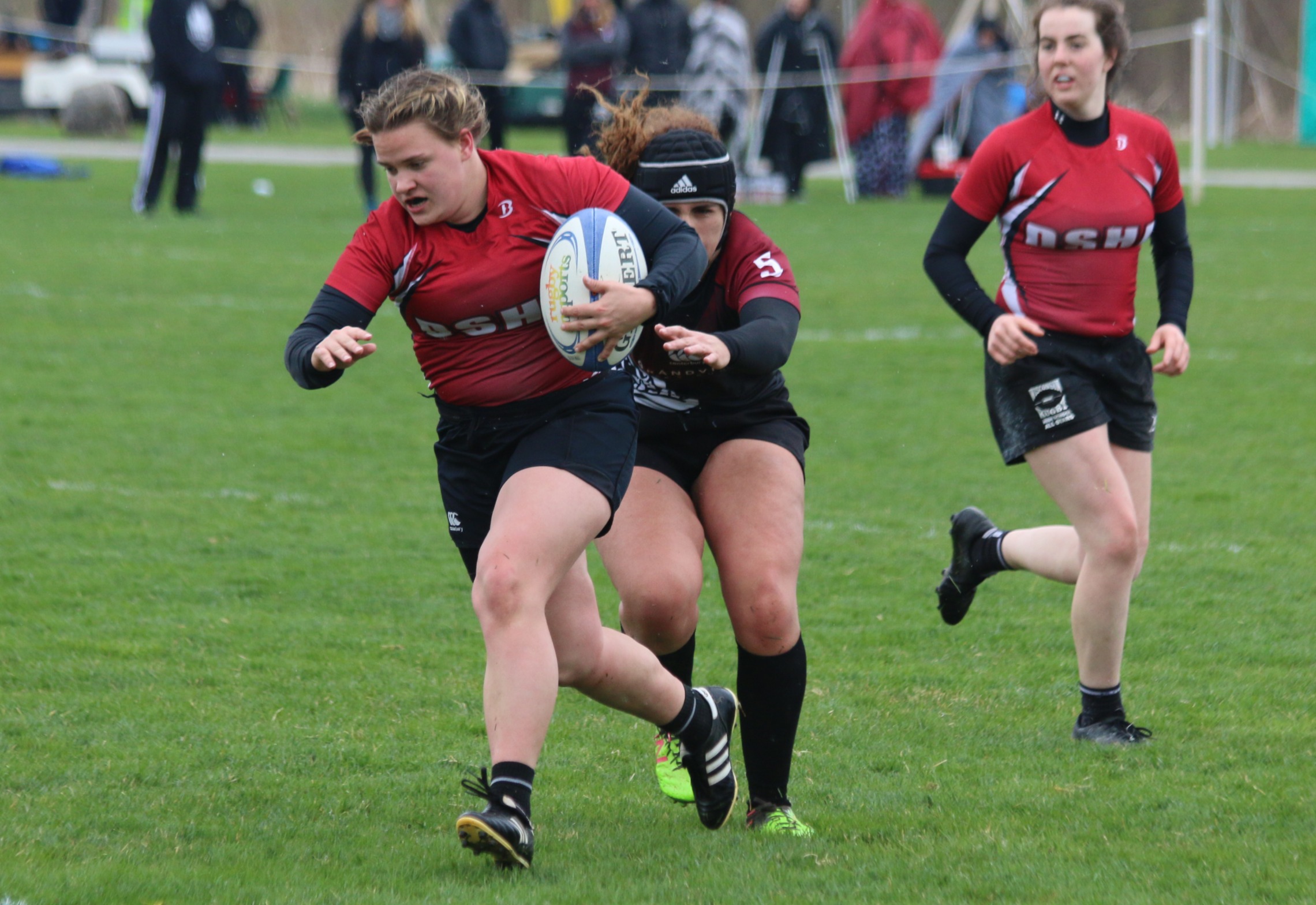 “I’d never heard of Carroll but I was quite impressed with them. They were physical,” DSHA head coach John Klein said. “Grandville had their best performance against us thus far. They were very competitive at the breakdown. Their 10 [Gina Pollice] was outstanding from a defensive standpoint. She competed at the breakdown and made us earn our ball.”

On the other side of the bracket, Catholic Memorial posted equally impressive results, downing Hudson 68-7 and St. Joseph 69-0 to advance to the final. Last year was a big one for the Crusaders. The Waukesha side won the state and Midwest championships, and then fell just short of Kahuku in the NIT championship to finish second. DSHA had also lost to the Red Raiders, by one point.

“We got them on tape, and I was impressed with what I saw. They were very clinical, did all of the little things. I knew it was going to be a battle, just like earlier in the year,” Klein referenced the Wisconsin state championship, which DSHA won. 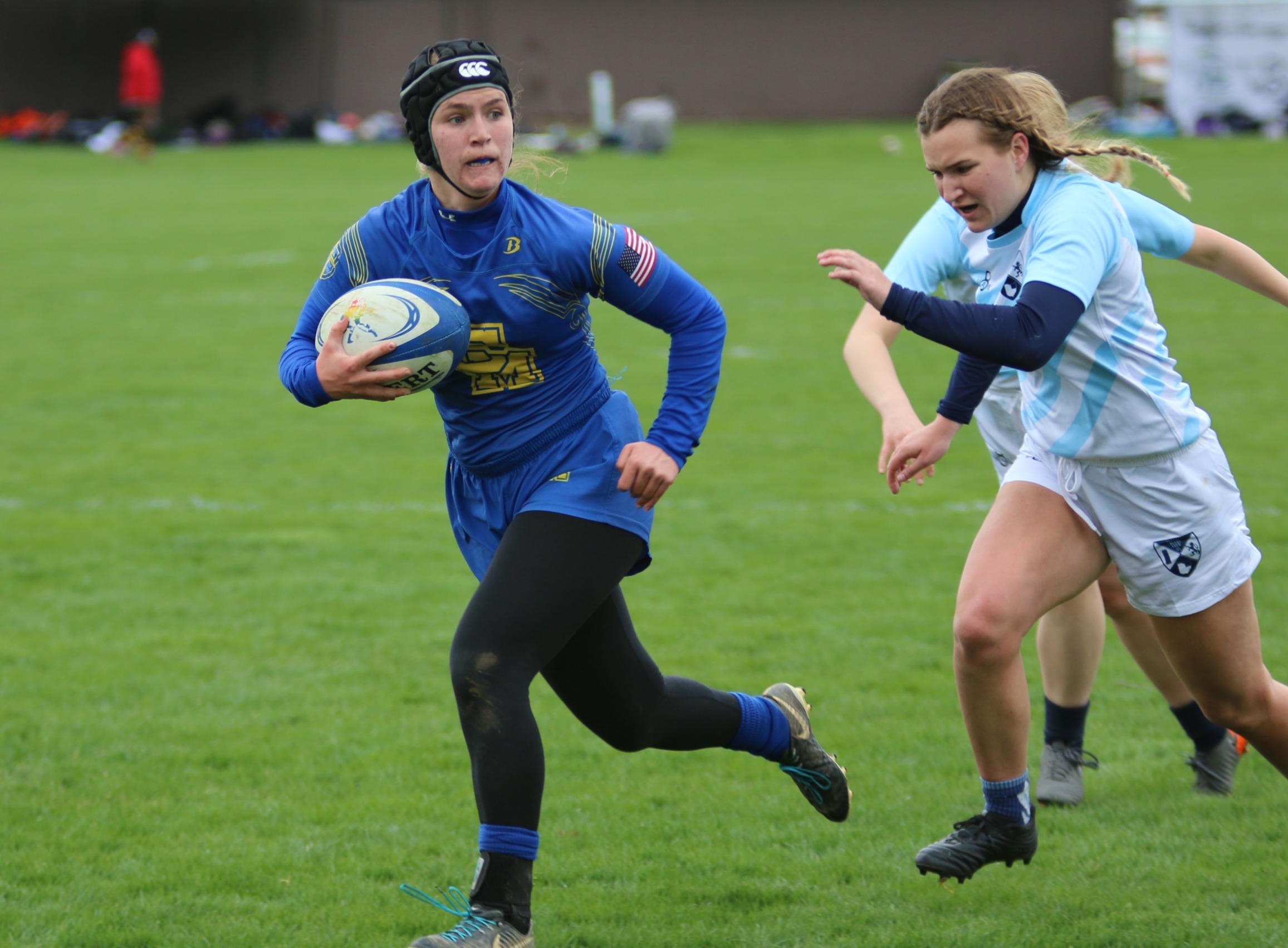 “You’re always concerned when you play Memorial,” the coach continued. “You know they’ve scouted you. They know your personnel and have seen what you can do. They’re coming out as determined as you are. Last year they did something that hadn’t been done in 15 years: Beat us at Midwest.”

DSHA is a upperclass-dominated team. There is talent in the ranks – especially sophomore Fiona Gallagher, who has already made two all-state and all-Midwest teams – but it’s that senior experience that really drives performance and stability. In the final, the Dashers got a yellow card early in the first half but managed to keep Memorial off the scorebla

“We got a yellow card early in the first half but were able to hold them scoreless. That time period gave us a little confidence,” Klein said of team composure. “We went up 12-0 and then Memorial does what they typically do – scored at the end of the first half, 12-5.” 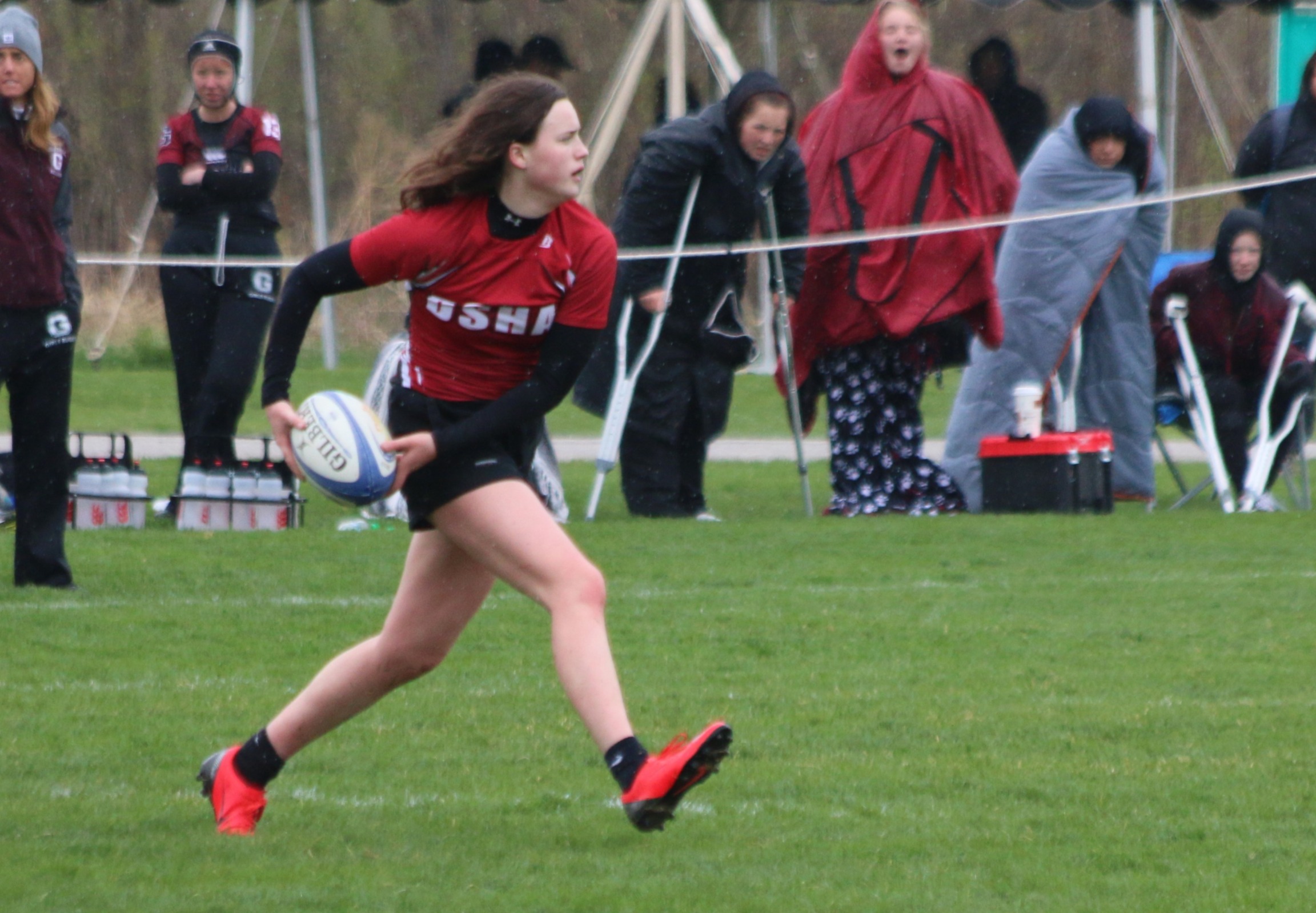 The Dashers scored that ever-important first try of the second, but it was Kinzie Youngblood’s try that dampened Memorial’s comeback efforts, 26-5. The Crusaders did mount a final attack but DSHA had the final say with one more try, 31-5.

“Defensively there isn’t a hole from 1 to 15,” Klein reflected on highlights. “We’re now a very experienced and determined team, and we’re focused. We have a lot of hard, physical players, and are tough to beat.”

Leffler and Jackie Jarosz were named MVPs of the Midwest championship. Grandville finished third with a 38-25 win over St. Joseph; Warsaw beat Penn for fifth; and Carroll got its first Midwest win with a 69-5 decision over Hudson for seventh. See full results.

“We were totally focused on taking back the Midwest trophy. Now it’s NITs,” Klein looked ahead. “We want to make sure we finish this season the way we began it, and are looking forward to getting that opportunity.”

The Single-School NIT occurs the same weekend as the High School Club NIT, but at a different location: Infinity Park in Glendale, Colo. The single-schools wanted a girls-only event, so the girls’ teams are the centerpiece (Salt Lake City is hosting girls’ and boys’ NITs). The western location has seen new teams like Capital from Idaho and Palmer from Colorado debut at the event, as well as Summit return. (Stay tuned for team previews)

“There’s excitement. It’s right in front of us, but we still have a lot of work to do,” Klein said. “But with the leadership and the determination and where we’re at right now, I feel confident we can put our best foot forward. That’s all it is – win or lose, give it your best.”