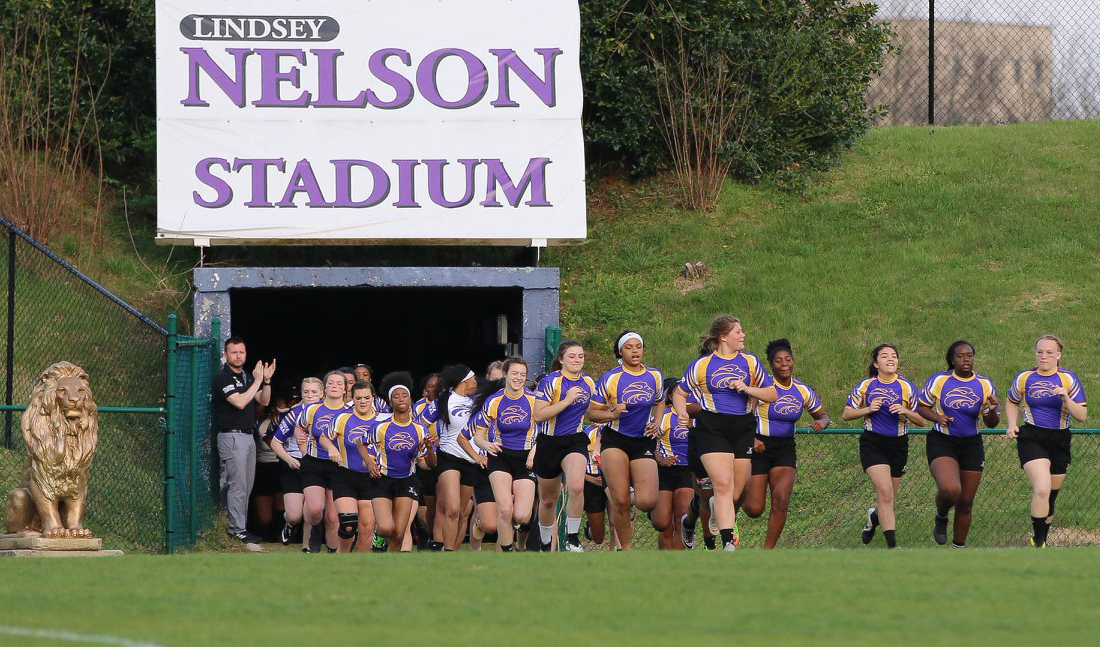 Columbia Central High School drew national attention when it finished fifth in its first Single-School National Invitational Tournament (NIT) last year. The Tennessee team returned to the spotlight after posting a massive team photo and has since continued its winning ways in the Middle Tennessee conference. And while the 2018-19 school year doesn’t include a trip to NITs (single-school is in Glendale, Colo.), this season will certainly be a poignant one.

“I am not thinking about it,” said Columbia Central head coach Dan LaFond, who is moving to hometown Michigan after this season. “I’m trying to keep it as far out of my head because it will cut me in half when it’s all done. … Everyone’s aware and knows it’s coming, so my job is to keep my emotions in check and remind everyone we have a job to do: Defend our state cup. So we’ll focus on that and then cry together when the season is over.” 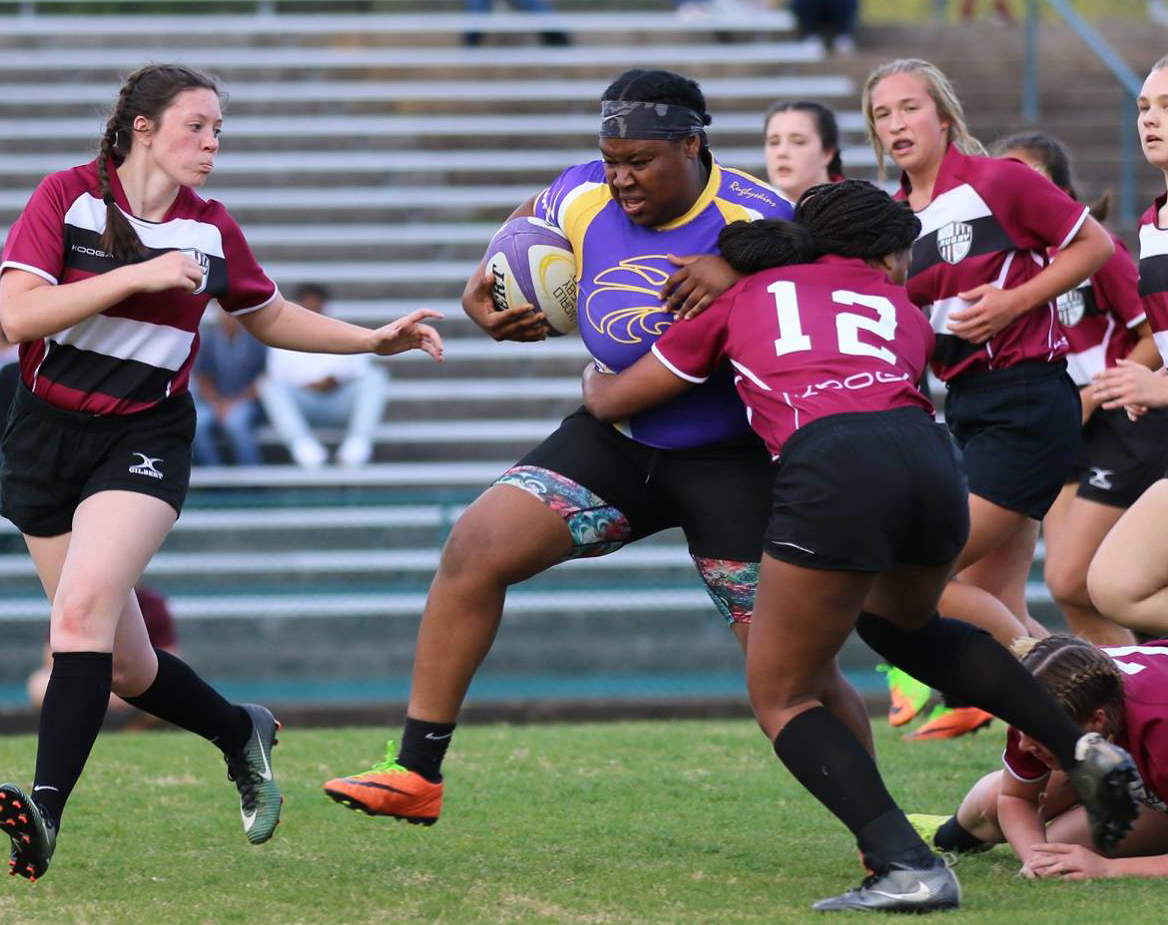 It’s been quite the ride for LaFond and team (read, “The Ascension of Columbia Central“) and he intends to extend that legacy through Chris Binkley, a colleague and friend who has joined the staff as assistant coach.

“I chose him because he has the heart for it,” LaFond said. “He coached football because he loved the kids and being a part of their lives and making a difference. He’s 100% in, left football, and has been at every practice showing the team that he’s willing to learn.”

There will be some growing pains for sure, especially now that Columbia Central has 60 players and fields full JV and varsity teams. Thirty of those players are recruits – i.e., first-year players – and the majority hail from the freshmen and sophomore classes. There’s a good amount of juniors, and the senior class is a little smaller at nine players. 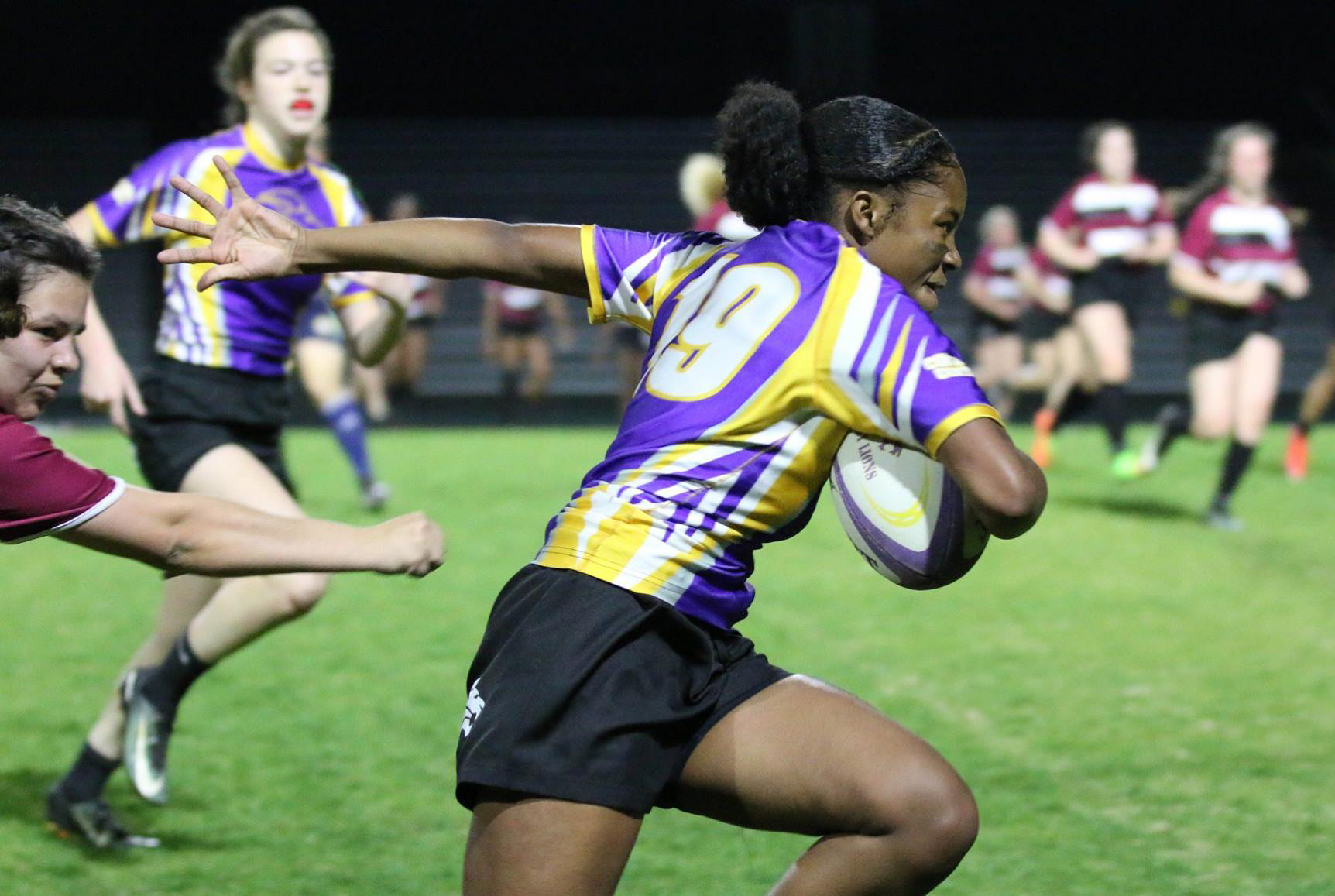 “We had 15 seniors last year, 10 of which were starters, nine of which were four-year starters,” LaFond reflected on several successful graduates, including Life University freshman Adrionna Duncan, who has been rostered for Sunday’s DI Elite National Championship. “We certainly had amazing players, but these young kids coming up have stepped up. There has been no moment this season when I thought, ‘I miss so-and-so because this person can’t do their job.’ I miss those kids because they were so much fun to watch, but they had their mantle taken up well.”

LaFond pointed to Nakoya Hayes and Haniyah Baugh as two cornerstones of the team. Both are senior forwards and anchor the squad in leadership and impact play. 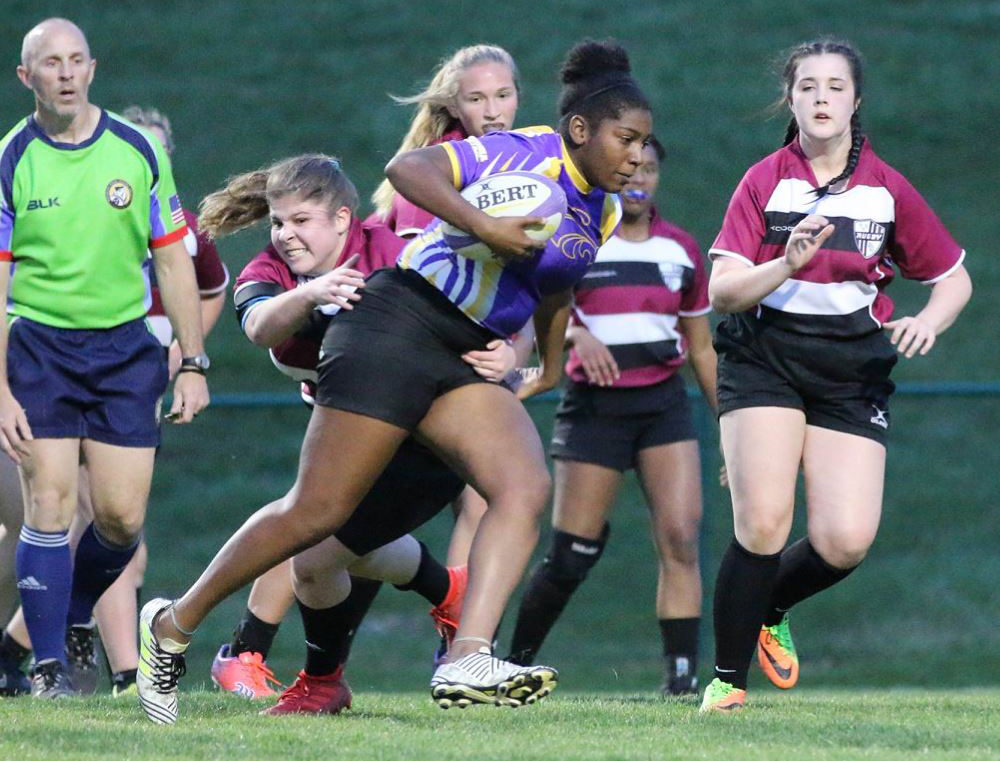 “They’re just like coaches. They enforce the rules, they get on kids when they’re not working hard enough or not listening to me when I’m talking,” the coach praised the duo. “At nationals, they were two kids that coaches from Brown, Harvard, all those big schools, asked about.”

Makenzie Liles is a show-stopper in the backs. The senior is a hard runner with lights-out speed, and very evasive. She leads the team in tries scored and is equally as tough on defense. 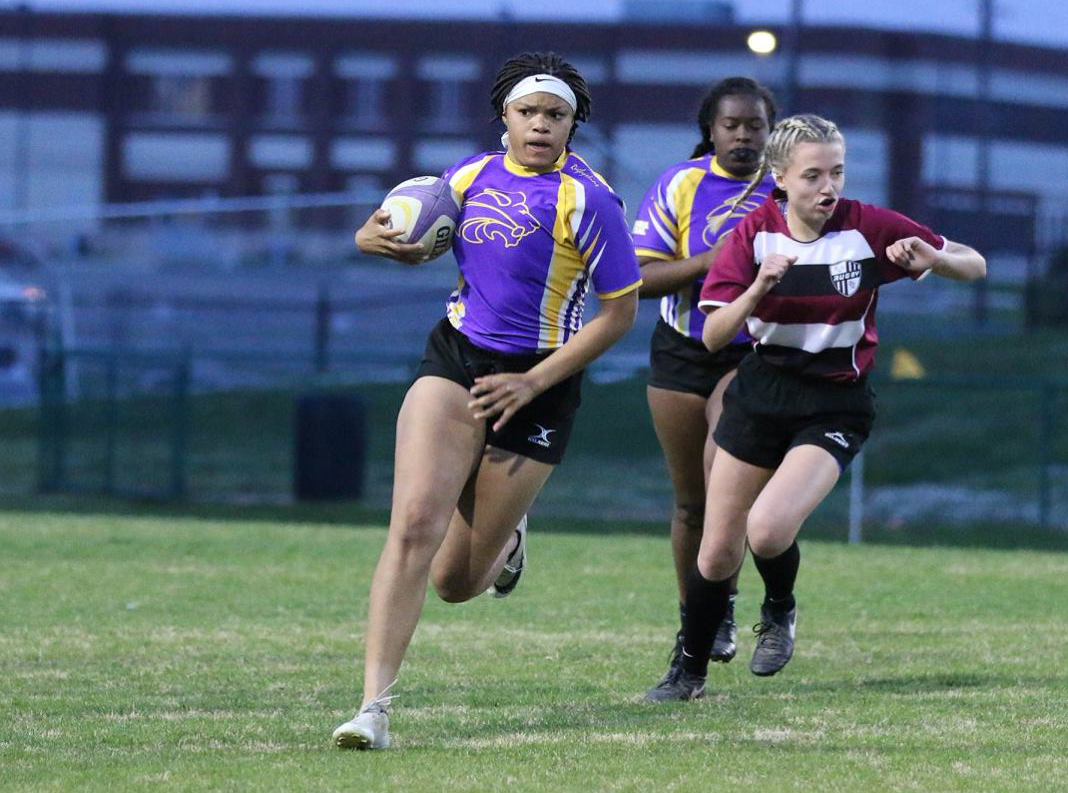 On the younger end, Adrianna Langley and Alissa Huey are growing in prominence. Langley is a sophomore forward with great size, athleticism and go-forward ability. She, like Huey, is very coachable and plays beyond her years. Huey is a freshman and started playing rugby during the fall 7s season. She’s quickly absorbed every element of the game, and her fierce tackling and closing speed have made her the starting fullback.

“For Alissa to rise above all the first-years – and the sophomores, juniors and seniors [not starting] – is impressive,” LaFond spoke to the competition of the varsity team. “We always tell players, ‘You’ve got to be that player we have to have on the field.’ So when you’re playing for JV or the B side, you want us to look at the film and think, ‘Look at that speed or look at that tackling.’ That helps you rise above and Huey is a perfect example of that.” 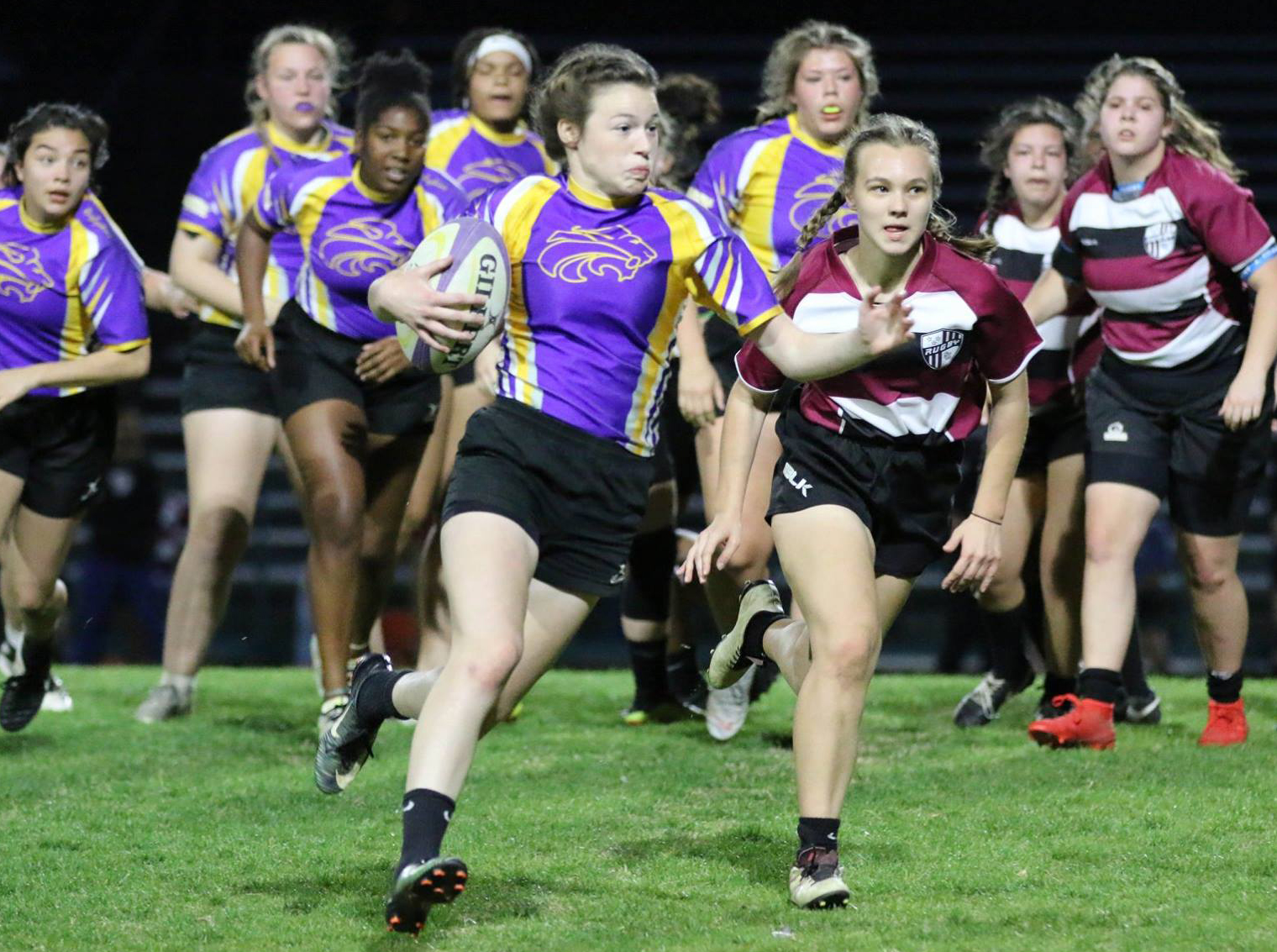 The Middle Tennessee conference grew to seven teams this year with the addition of McMinn High School, as its competition in eastern Tennessee has folded. Columbia Central is currently 4-0 and looking forward to Ravenwood, typically the team’s top competition.

“Spring Hill played the toughest first half of rugby we’ve seen all year long,” LaFond reflected on the opponents thus far. “They shocked us, because they’re only three years old and they are leaps and bounds ahead of where we were after three years. We were rattled, and you could see it on our faces, but I was personally excited to see them come out hard and have our defense respond.” 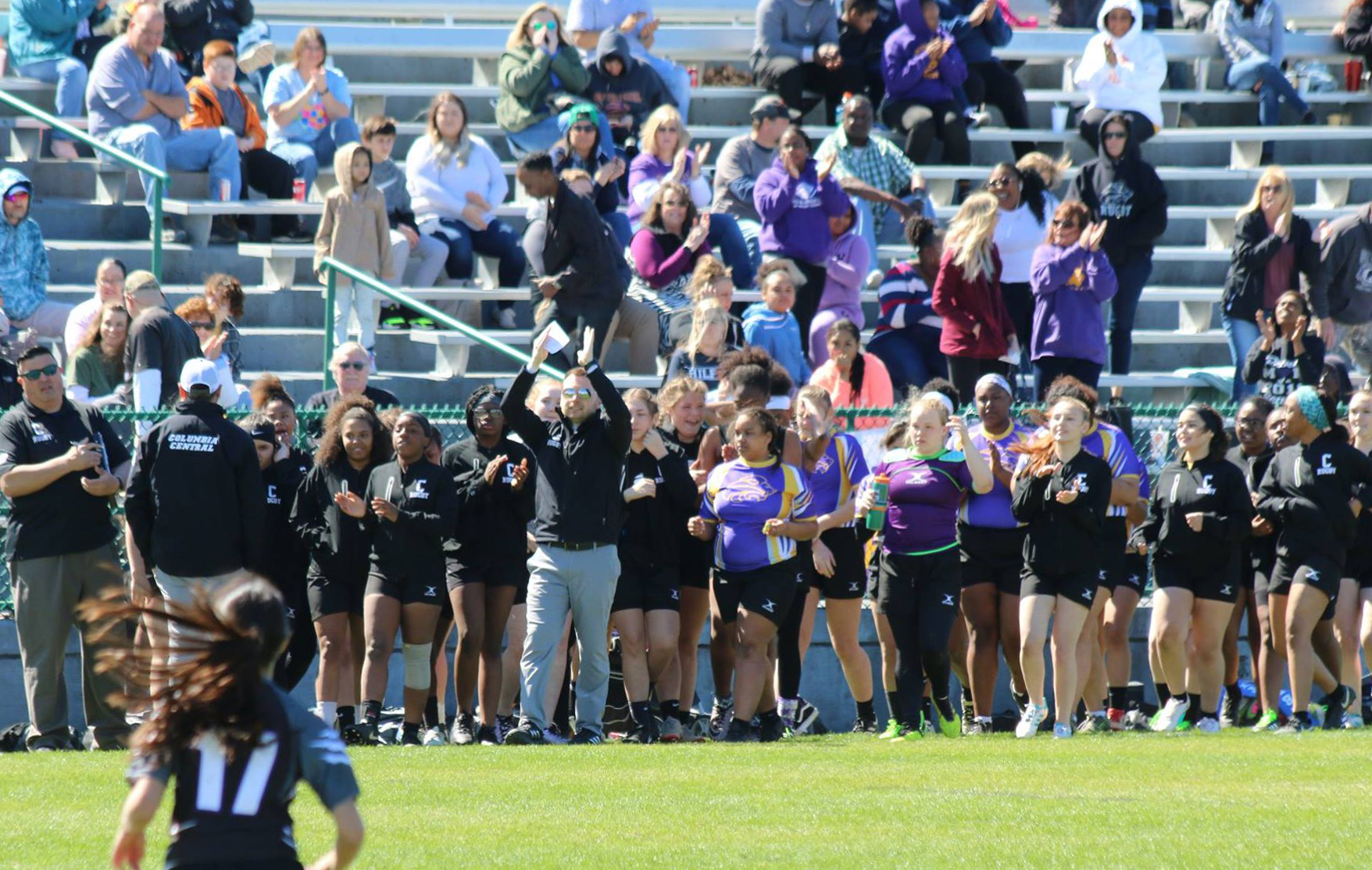 Otherwise it’s been one-way traffic in terms of victories. Regional championships will begin May 4, and the state title will be decided on May 11. Columbia Central sends its players to Tennessee Tri-Star 15s and USA South assemblies, so there will be out-of-state and all-star opportunities afterward. And coach LaFond will certainly be checking in, perhaps misty-eyed, from Michigan.