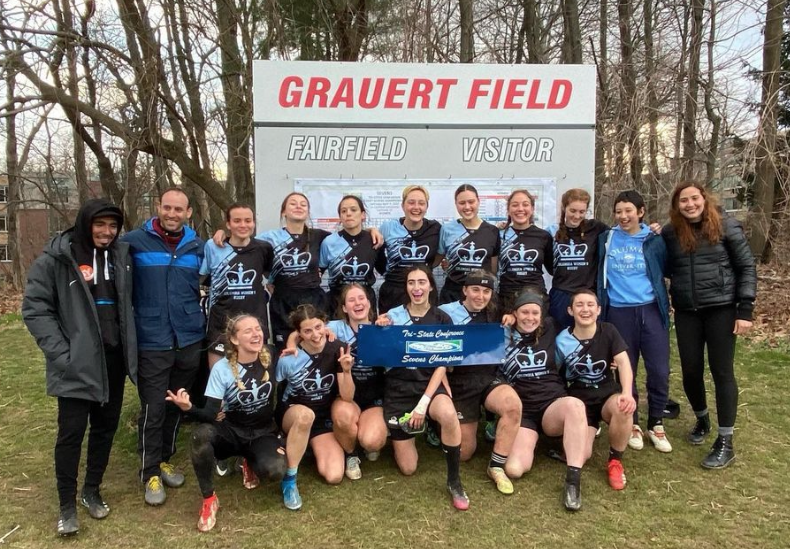 The Tri-State Rugby Conference held its women’s 7s championship at Fairfield University (Conn.) last Saturday, and 16 teams from New York, Connecticut and New Jersey competed in the event. Columbia University went 5-0 on the day to claim the trophy and earn the automatic berth to the American Collegiate Rugby Association (ACRA) 7s Championship on Sunday, May 1 at the U.S. Coast Guard Academy. Runner-up Fairfield also advances.

The field was divided into four groups, guaranteeing three pool play games for all participants. Columbia, Marist, Vassar College and host Fairfield went 3-0 in their respective pools, and advanced to the Cup semifinals. Columbia posted three shutouts during pool play, and then lined up against ACRA 15s champion Vassar. It took sudden-death overtime, but Columbia prevailed 22-17 (read more from the Brewers’ perspective) for the berth to the title round, while Fairfield eliminated Marist with a 22-10 win.  The Ivy Leaguers closed out the day with a 17-5 victory in the championship match.

At present, the ACRA 7s Championship is eight teams, representing the finalists from each of the four conferences. That said, the organization would love to expand and potentially involve CRAA teams in the future. 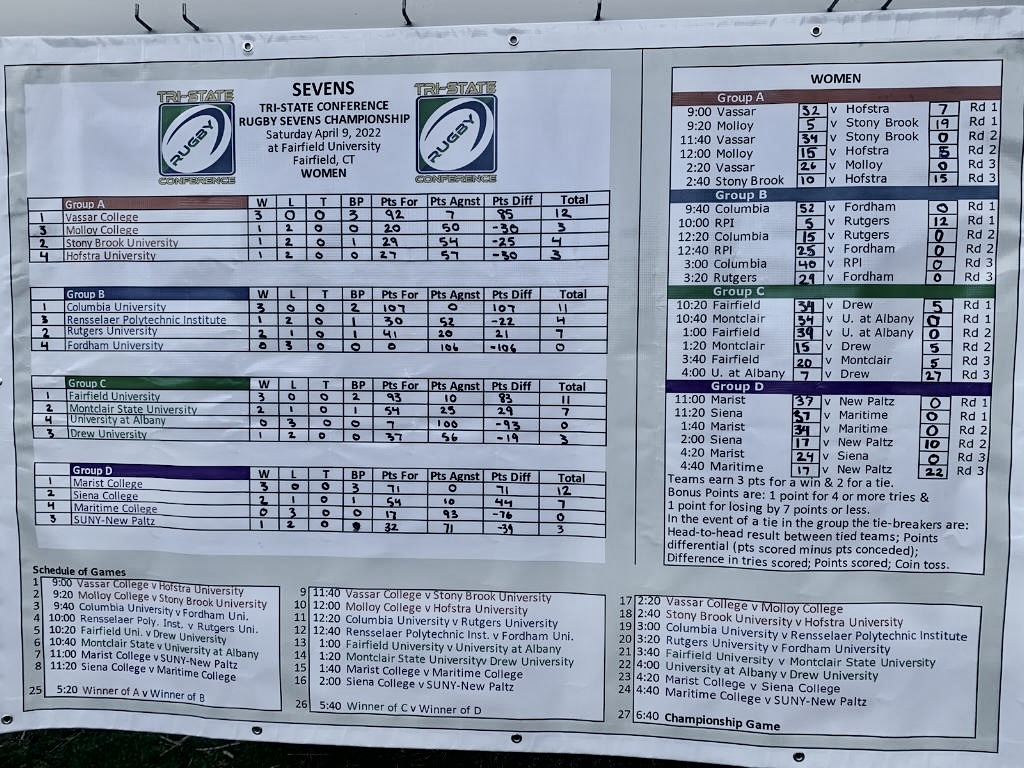