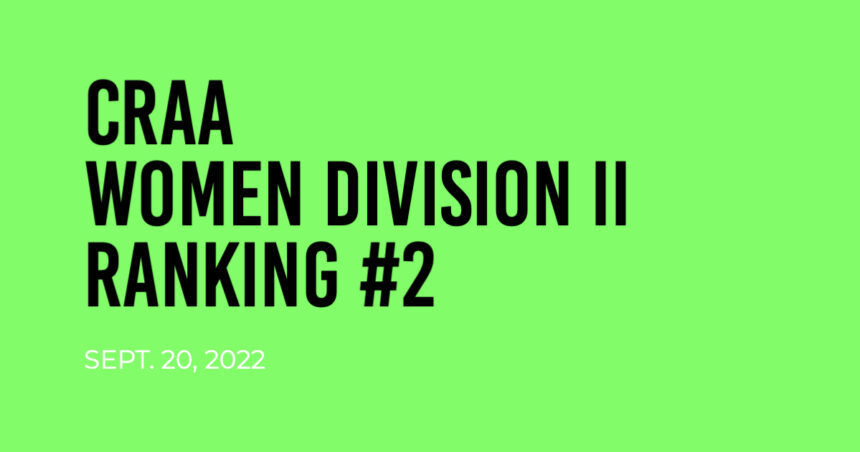 It’s still early days for the College Rugby Association of America (CRAA) Division II women’s teams, but nonetheless, the rankings have been edited for week two. Remember: These rankings only include teams that are vying for the fall 15s championship, not the spring 15s championship.

Rocky Mountain has been fully operational at the DI, DII and provisional levels, and both Colorado Mesa State and Colorado School of Mines won their respective matches last weekend. DII teams also play teams in the other two tiers to fill out the 15s schedule.

We removed Colby College, which played Bowdoin College in a friendly but needed numbers from Colby-Sawyer College for the 15s game. It’s the same reasoning for picking UMass Lowell over Providence College as a Rugby Northeast replacement. The former beat Southern Connecticut 58-5, and latter beat Stonehill College 51-7. Impressively, Providence played the second half with only 14 players, but low numbers in the context of post-season viability is an issue. Nevertheless, Providence and Colby remain on the watch list.

This weekend sees everyone in motion, so expect a big update next week.