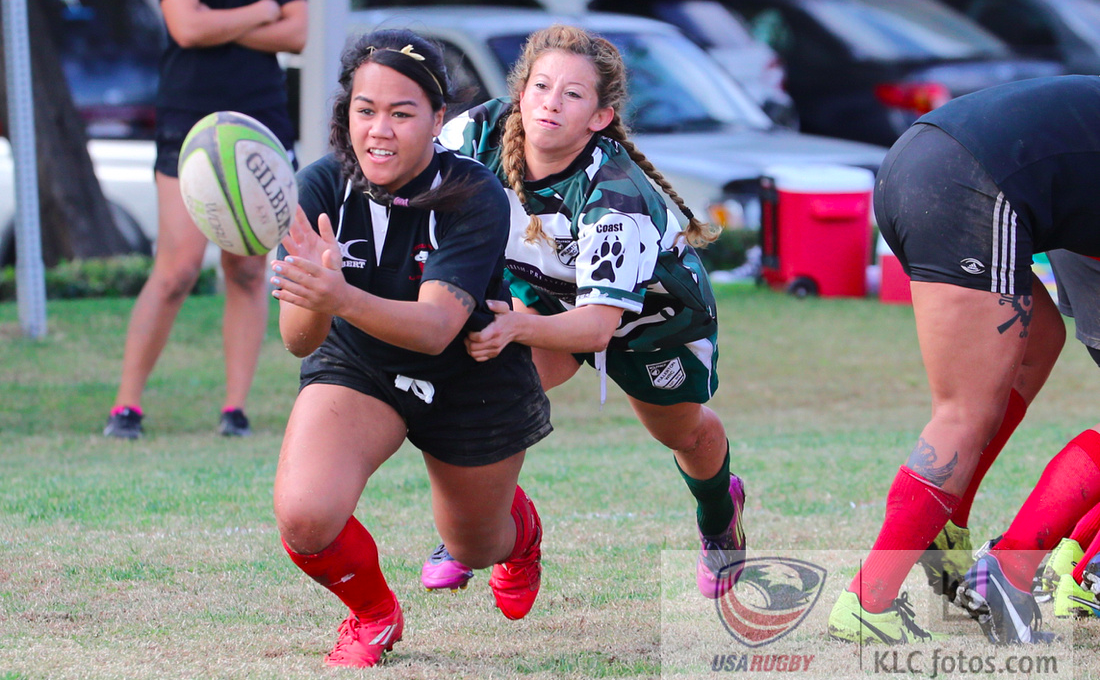 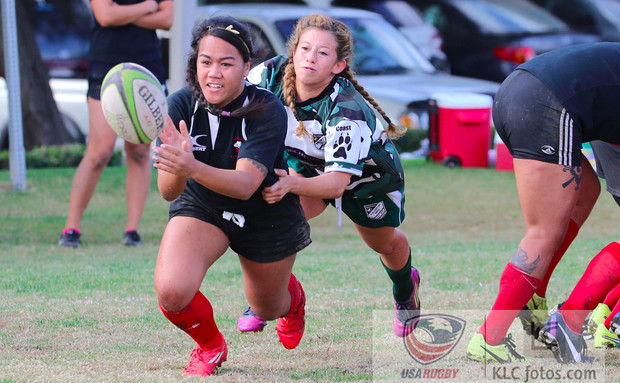 Tucson was one try short of matching Ventura’s output and shut out Temecula 74-0. Wing Maddie Endter-McCloy had a big day with four tries, and flyhalf Amber Jones tacked on 22 points on two tries and six conversions. The rest of the scores were well spread throughout the pitch, with prop Rachel Olson, hooker Rebekah Sewing, flanker Carly Gieszl, scrumhalf Ria Joseph (2), outside center Jessica Szakacs and wing Tina Camacho all dotting down.

“We had a tough forwards game against Pasadena but were able to find some gaps when we got it out,” reported San Fernando lock Adriana Conrad-Forrest, who also serves as CSU Northridge co-coach with teammate Christina Alatorre. “We are without a coach this season, so there’s a little struggle with that, but we actually have subs, so we’re happy with that. Saturday, we play Fullerton, who got second place in our league last season, so we’ll see how we come together for that.”

This weekend will also see SLO and Santa Barbara battle each other for their first win of the season; Ventura and Tucson will put those big scorelines into perspective when they face off; and Temecula heads to Pasadena.