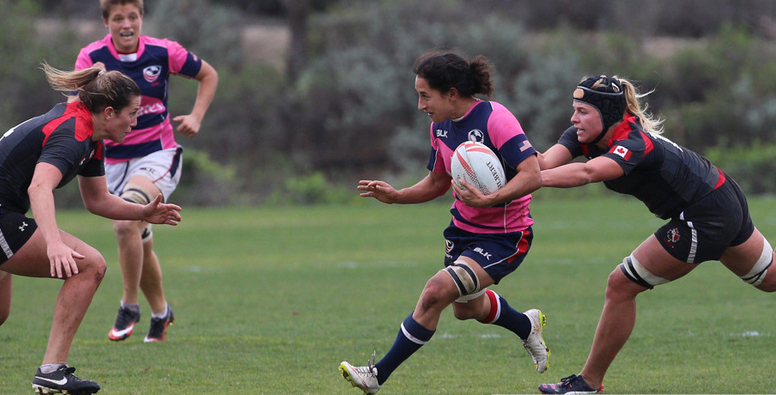 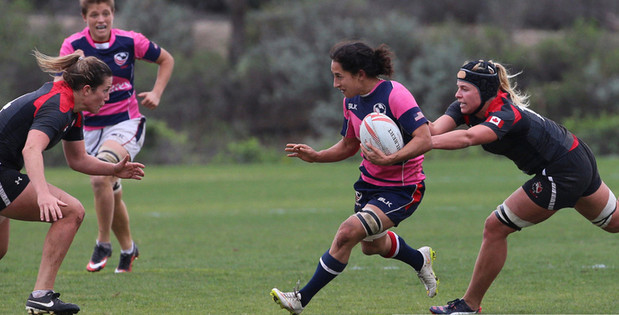 It’s tempting to fixate on the numbers. When it comes to rugby, they decide winners, quantify improvement, and rank the competition. They’re shortcuts to a story. For the USA Women 7s team, the numbers are a path: The Eagles finished fifth on last year’s HSBC Women’s Sevens Series; they currently sit in 11th in the standings; and they want to medal in the top three at the Olympics.

Julie McCoy took over the USA Women 7s program in September 2015, and December’s Dubai 7s served as a metric for team status.

“I had an idea of how I thought our team should play and the approach that would fit our skill set and players’ characteristics best,” McCoy reflected. “I had to assess the player pool over four to six weeks to see who could adapt long-term and who couldn’t. And then I made some changes – released some players, brought some in. Making the right decisions – that’s a process.” 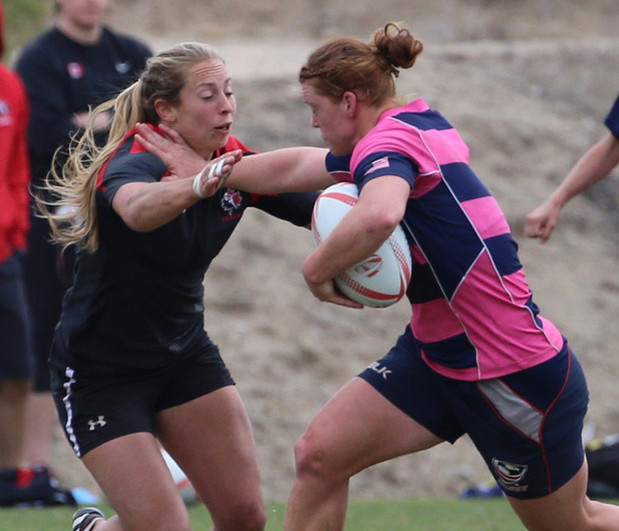 Three months later, McCoy feels the program and players have recalibrated, but that meant Dubai was always going to be a tough outing.

“There’s no sense in making a coaching change and playing the same way as the coach prior,” McCoy said. “The players had a lot to overcome, and we had very little time to make changes, adapt, and feel comfortable in those changes.”

The U.S. dropped single-digit games to Ireland, Fiji and Japan.

“The reality was that the way we played in Dubai got us 11th,” McCoy said. “But even if we had won those games, our performance adjustments would have been the same. Beating those teams doesn’t say that we performed well … but the fans wouldn’t have been disappointed.”

“Players are calling me all of the time,” McCoy affirmed. “To some, I’ve had to say, ‘I appreciate the call but – for different reasons – I don’t think you project better than the players I have here.’ I’m not making lateral moves in an Olympic year. If I have a specific need on the field, or somebody comes in and dislodges someone – then that’s what gets you in.”

The program is currently carrying 26 players and there’s clearance for 30. Three of those 26 players (Ryan Carlyle, Danielle Miano, Dana Meschisi) are practice players, i.e., not on the payroll. McCoy reworks the depth chart every 4-6 weeks, and the top players were on display during last Friday’s scrimmages against Canada. The teams split games.

​“Winning fixes everything,” McCoy joked. “They were competitive with Canada and able to execute, so the outcome was good for them. They were voicing to me that they were feeling comfortable on defense, that they could see for themselves how this style of defense really plays to their strengths, and they enjoy it. Our attack is a work in progress; that’s a longer-term goal for us.”

All of the current contracts end on March 31, and McCoy will have three competitive opportunities to evaluate players until then. Japan is visiting the OTC during the week prior to the Sao Paulo 7s, and pending negotiations, it’s likely that the U.S. will send two teams to the LVI 7s. When the Eagles prepare for the Atlanta and Langford (B.C., Canada) Women’s Sevens Series stops, the player pool will have narrowed.

“My plan is to have as stable a player pool as I can into March, and then pare down as the contracts end,” McCoy said. “Pruning the tree for new growth.

“Additionally, there are management problems when there are a lot of players here,” the coach continued. “It means fewer reps per player. So we’re managing numbers, too, not just personnel.”

One step at a time, and the next one is Sao Paulo. The squad should be chosen next week, so stay tuned.