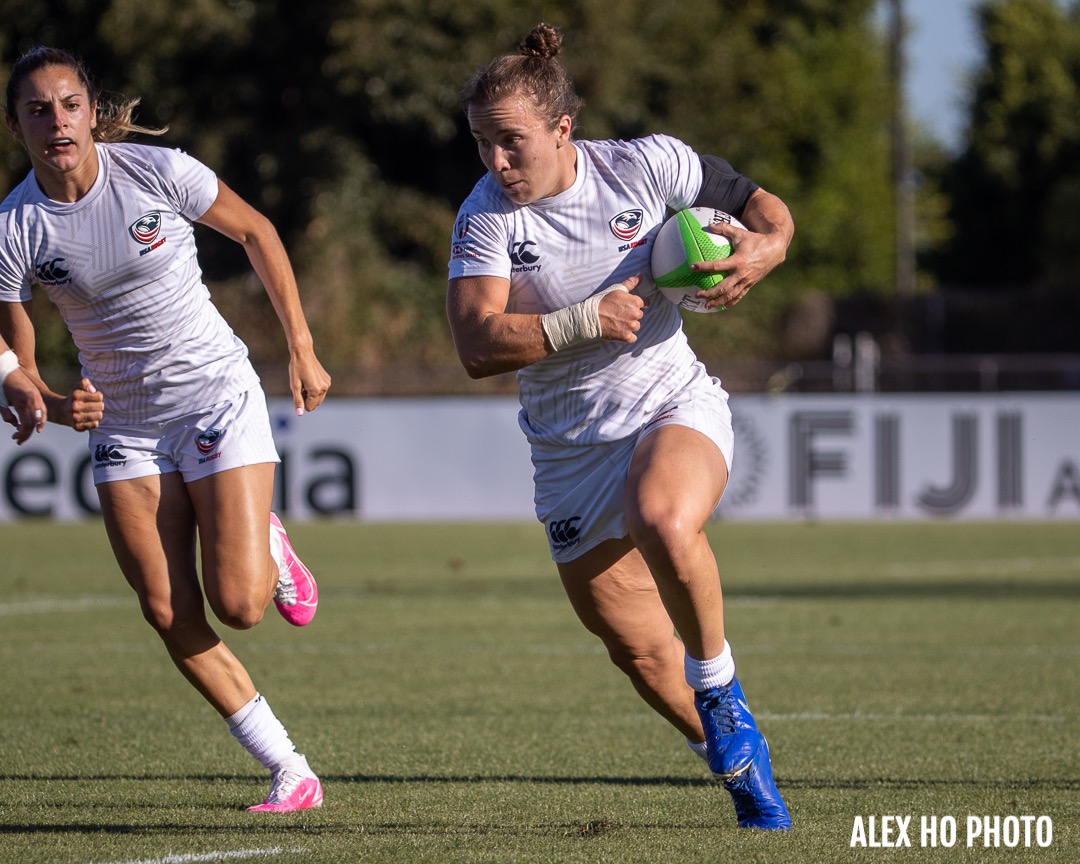 The USA closed pool play at Malaga 7s, the third leg of the women’s HSBC World Rugby Sevens Series, with a 31-7 win against Poland. With Fiji’s withdrawal from the tournament, all of Pool B gets two matches and then a forfeit win in round three.

The game marked Poland’s debut on the international series, and the Europeans showed well and stirred excitement for the future. With ball in hand, Poland was happy to spread the ball, be physical, fend, step and build the phases. Natalia Pamieta impressed and had the footwork and speed to stun defenders, but also the calm and confidence to, for example, chase a well placed grubber and evade the on-rushing chase. Despite the outcome, Poland should be proud of how they represented themselves in their debut.

The USA was just more decisive with its possession. Granted, the first-half kickoffs failed to go 10 meters due to a strong opposing wind and no adjustments, but the Eagles did well to transition to attack quickly when the turnovers occurred.

Poland restarted play with a midfield scrum, after a couple of good goes with the ball, turned over possession with a knock-on. From the USA set piece, Alena Olsen broke to the short side, and Ilona Maher moved the ball to Cheta Emba on the sideline for her 50th career try, 5-0.

Poland responded with a series of aggressive, connected phases and exposed some one-on-one vulnerabilities in the U.S. defense. A somewhat fortunate intercept – a defender in the right place at the right time – ended Poland’s attack, and the U.S. responded so quickly to get play back in Poland’s end. Kris Thomas took the finishing pass on the sideline and made good use of a mismatch for the try and 10-0 lead into the break.

Poland perhaps showed some of its inexperience when, first, the team attempted to put up a 10-meter dropkick to start the second half, and the wind intervened – just as it had with the USA. Kristi Kirshe powered up-field and then a bad pass after the recycle slowed the Eagles’ flow. In that moment, Poland should have rushed up in defense and forced the Americans to scramble and retreat and ideally err, but instead the team sat back and allowed the Eagles regroup, which they did.

The ball moved wide to too-strong Emba, who pushed off tackles for a second try, which Nicole Heavirland converted, 17-0.

After testing the USA all first half, Poland got its reward approximately two-and-a-half minutes into the second half. Pamieta stepped past Sarah Levy and then offloaded to Małgorzata Kołdej, who slid back across Naya Tapper and Levy for the centered try. Pamieta added the extras for the 17-7 scoreline.

The Americans scored twice more before full time. Maher lifted Heavirland to keep the restart and Kirshe plowed ahead to move the game into scoring territory. There was a bit of a regroup when Jaz Gray looped away from contact, but then Emba grubbered through once she saw no one in the back field. Canett was on the chase but Pamieta coolly collected the ball and evaded the contact. Her offload, however, was knocked forward, so the USA reset with the scrum.

Heavirland came around the pile and connected with Canett on a good line. The flyhalf slipped out of contact and connected with Kirshe, who carried the defense until Levy came in tight for the handoff and try. The score marked Levy’s first HSBC series try. Heavirland’s conversion made it 24-7.

A penalty at midfield put the final score in motion, although it got a little messy when Olsen took a blind hit and clean-up followed. Again, Kirshe was good for meters forward and Heavirland closed with the try and conversion: 31-7.

The USA has won Pool B and advances to the Cup quarterfinals against the best 3rd place team – which won’t be decided until pool play ends. The Eagles’ match will kick off on Saturday at 8:53 a.m. ET.