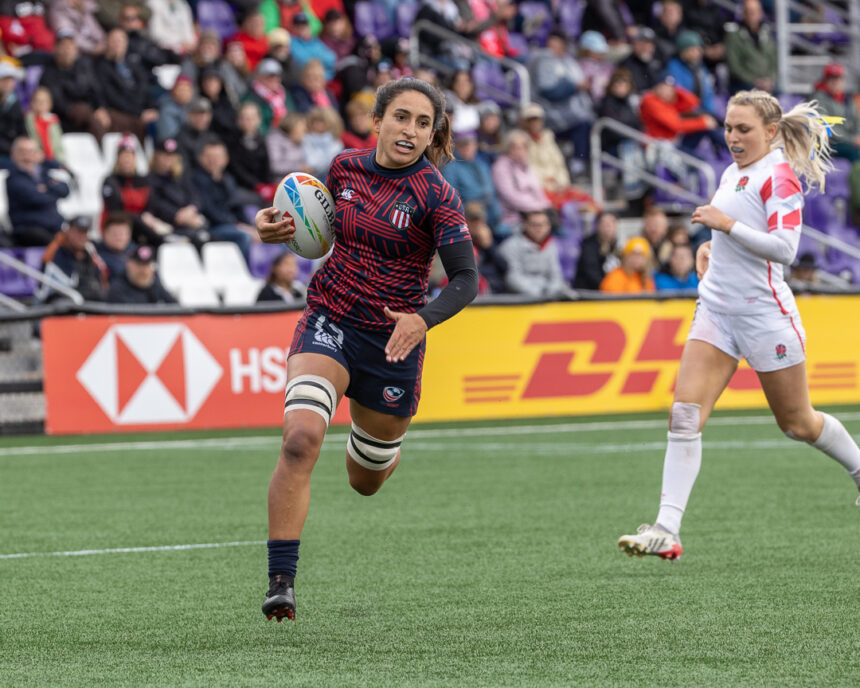 The USA finished pool play at the Canada Women’s Sevens tournament with a 31-24 win against England, solidifying a berth to the Cup quarterfinals. The Eagles will play Ireland at 10:44 a.m. PT. Livestream is on Peacock.

The USA raced out to a 12-0 lead, as Kris Thomas and Jaz Gray scored in the opening three minutes and Nicole Heavirland added a conversion. England then answered back, sending Grace Compton and Heather Cowell into the try zone, and adding an Alicia Maude conversion for the tying points: 12-12 into the break.

The second half began with a bit of shock, and in the end, England’s reaction likely cost them the game. The USA restart hit the ground just before the 10-meter mark and then bounced past it. Cheta Emba was running on for the scoop and bust past defenders, who had their arms raised toward the referee in disbelief. Emba also visually checked with the referee but kept running toward the goal posts, dotting down a centered try that Heavirland converted: 19-12. It was a classic, “Play until you hear the whistle” scenario.

The Eagles added on right away, as a deeper kickoff produced an England error, Kristi Kirshe powered up the sideline for good meters gained. The ball quickly shipped across the pitch to Ilona Maher on the far side, and the prop fended her opposite for the try, 24-12.

England’s Emma Uren scored two individual tries in exactly the same manner. A stop-and-go on Kirshe and then Alena Olsen opened up just enough room to get around the corner and sprint down-field for long-range tries. Unfortunately for England, those two scores were split by Sarah Levy’s try, which evolved after a penalty in the lineout and another Kirshe break up the touchline. With Olsen’s conversion, the Eagles won 31-24. 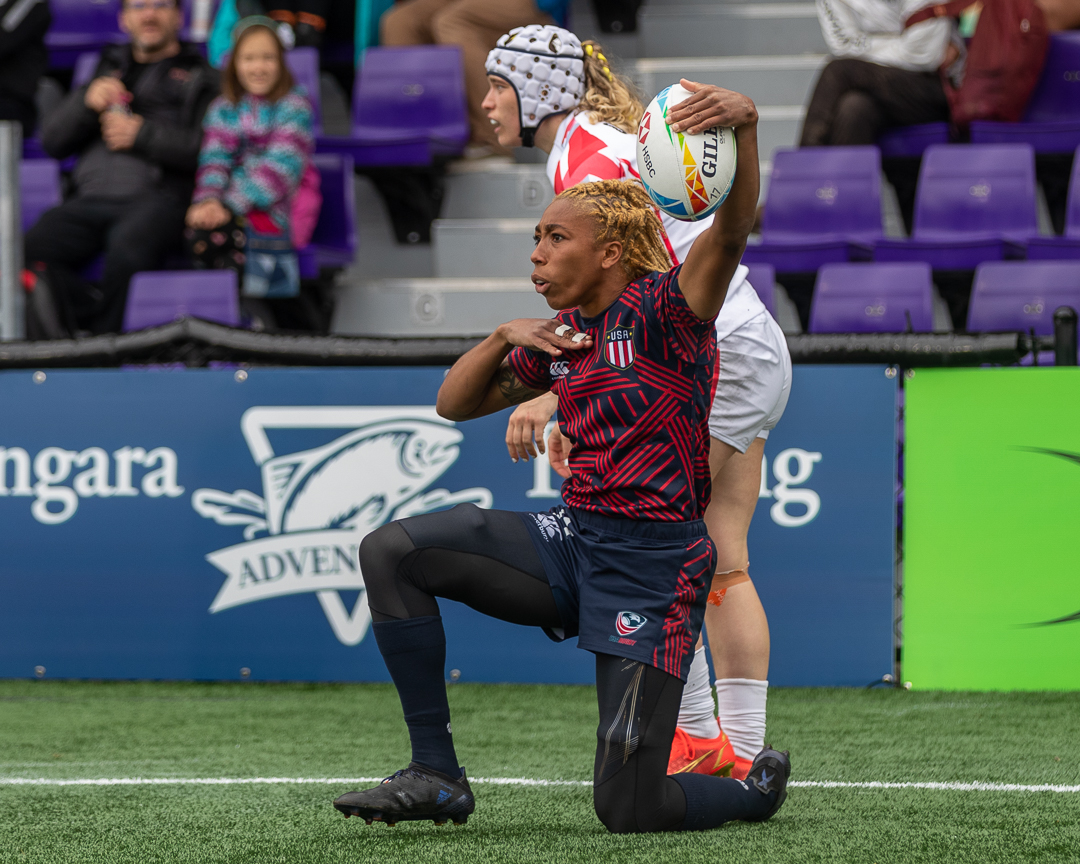 The USA will play its Cup quarterfinal at 10:44 a.m. PT Sunday but at the time of print, the opposition was unknown – the loser of France vs. Ireland.