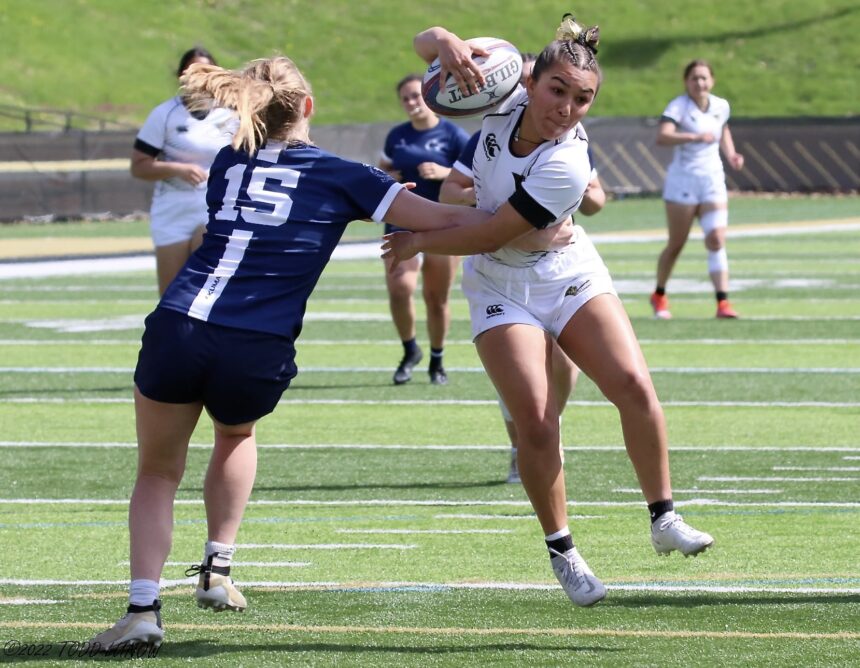 This weekend is big in terms of playoffs and championships, and we’re starting with the final collegiate 15s rugby of the season (excluding all-stars and national teams). The College Rugby Association of America (CRAA) is naming four spring and national champions, three of which are women’s competitions. The full schedule, live-stream details and ticket information are at end of article.

The championship weekend actually starts on Friday (a new and confusing trend this spring, for both college and club championships), as the Women’s DII College Spring 15s Championship contests its semifinals. The field wasn’t actually confirmed until a week before kick-off, but Claremont Colleges made a heroic effort to mobilize the team for a trip from southern California to Texas.

As a program, the Foxes have the most experience at these later stages, but as is the case with all colleges, two seasons of Covid have seen much of that personnel graduate. Claremont competed in the 2018 spring final against Tulane, and two players who featured in that campaign are now assistant coaches to Roger Light: Ana Lavongtheung and Lily Lisle. The SoCal team was ready for a post-season push this year, but a five-point, regular-season loss to San Diego State derailed Claremont’s plans – initially.

The 15s season had ended, the team started to transition to 7s and bid farewell to much of the pack. And then the CRAA call came in last Friday: Wanna play? Read more from coach Light, who talks about tracking down the team and focusing a month of missed 15s training into two days of preparation.

Claremont is playing with a sense of gratitude, for the ability to rewrite the ending of a season, but Light confessed that he and the team wouldn’t mind seeing San Diego State again. Founded by Olivia Soares and coached by Tony Roulhac, the Aztecs won the Pacific Desert conference and have known their post-season destiny since mid-March. The team is only in its second season ever, and currently holds the status of a student organization – a tier lower than “club sport,” and must prove its worth to the university before receiving any kind of formal recognition or support. The trip to Houston should go a long way in that argument. Read more from Soares, who recounts the gains made since day one to the 19-14 win against Claremont. 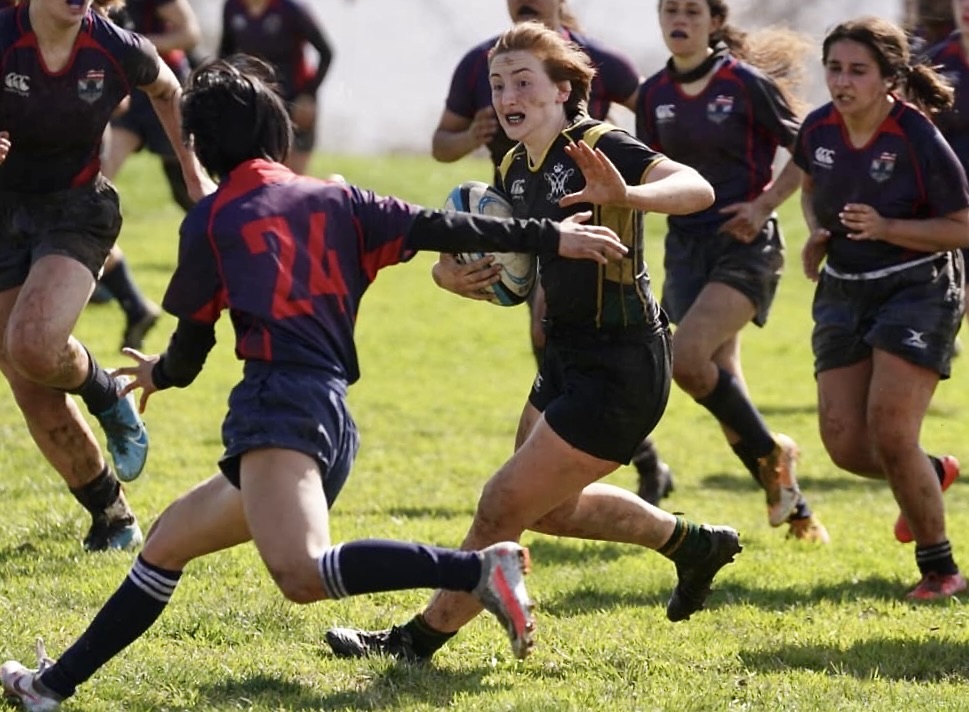 The two Californian teams are on opposite sides of the bracket, but the College of William & Mary finds itself in a similar situation as Claremont Colleges. The Tribe thought its 15s season was over when it dropped its Capital conference semifinal 29-5 to eventual champion American University. On April 16, American went on to beat Mary Washington 67-5 for the title, but then both finalists declined a berth to the CRAA spring championship. William & Mary vice president and junior Sydney Mazzarella talks about the quick pivot and fundraising efforts to make the trip to Houston happen, as well as the large senior class that guided the team through two years of no coaches.

“Regardless of the outcome, Houston will be awesome,” Mazzarella said. “We’re playing in a professional rugby stadium, and that’s not something anyone ever thought we’d have the opportunity to do. Looking back at my rugby career, and where we were with Covid and how we went coach-less for two years and all that, we definitely seem like the underdog story, but I think it makes it so much more impressive, and I hope we can prove ourselves come Friday.”

Like William & Mary, Appalachian State is very much a student-led club and was also coach-less for a stint until graduate student Paige Bramblett stepped up. During Covid, underclassmen like Katelyn Goff and Lis Convery (now seniors, executive board members and captains) had to step into massive leadership roles, ones that traditionally went to upperclassmen, and nurse the team back from the pandemic. AHO started the season with seven players and worked hard to rebuild to approximately 30 today. Unfortunately the competition has been wanting. Appalachian State played two 15s games in 2022, and then College of Charleston forfeited the April 16 Carolinas conference championship. The Mountaineers got some field time during the Queens Cup 7s, but otherwise, it’s been reps at training. Read more from president Goff.

“From the beginning of my career – not knowing a single thing about rugby, not even knowing that you have to pass the ball backward – to now: I’m taking a team to [the spring championship] as president,” Goff said. “I’m still in shock. It’s kind of crazy to think about, and I’m super proud of this team and the amount of work and effort we’ve put into this year.” 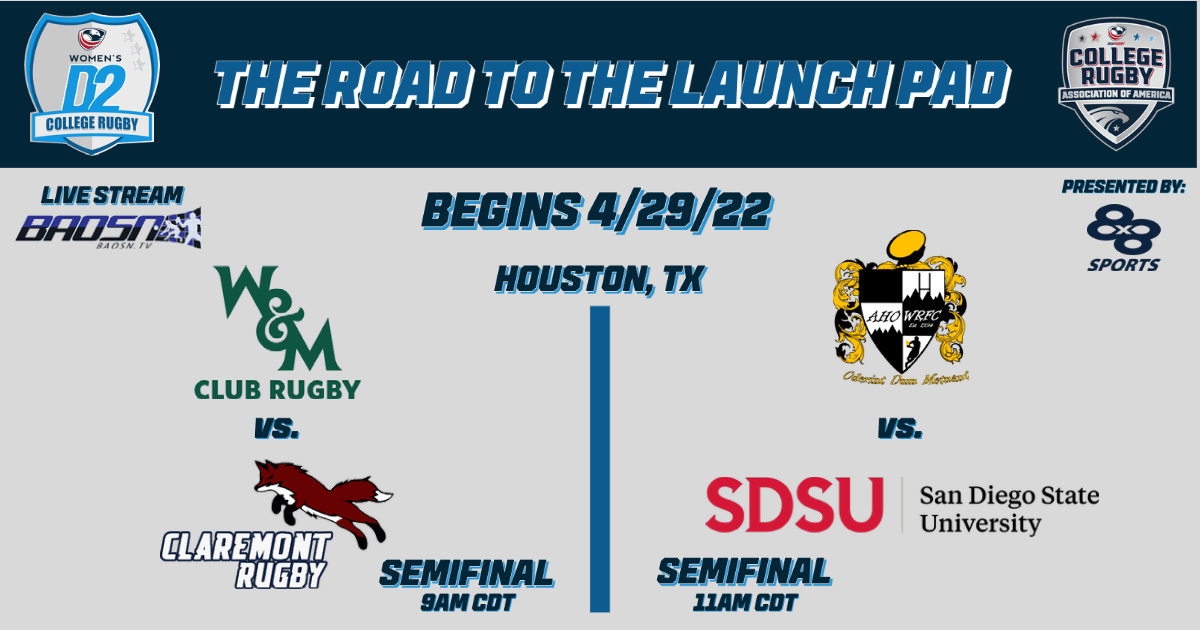 DI SPRING 15S CHAMPIONSHIP
This competition is a single final between BYU and Virginia Tech – the two finalists from the last spring championship in 2019. The Cougars represent the West, which named its champion from Pacific Desert (Grand Canyon and BYU) and Pacific Mountain (Stanford and Univ. Washington) conference teams. Read more from team captain Matalasi Morrissette. 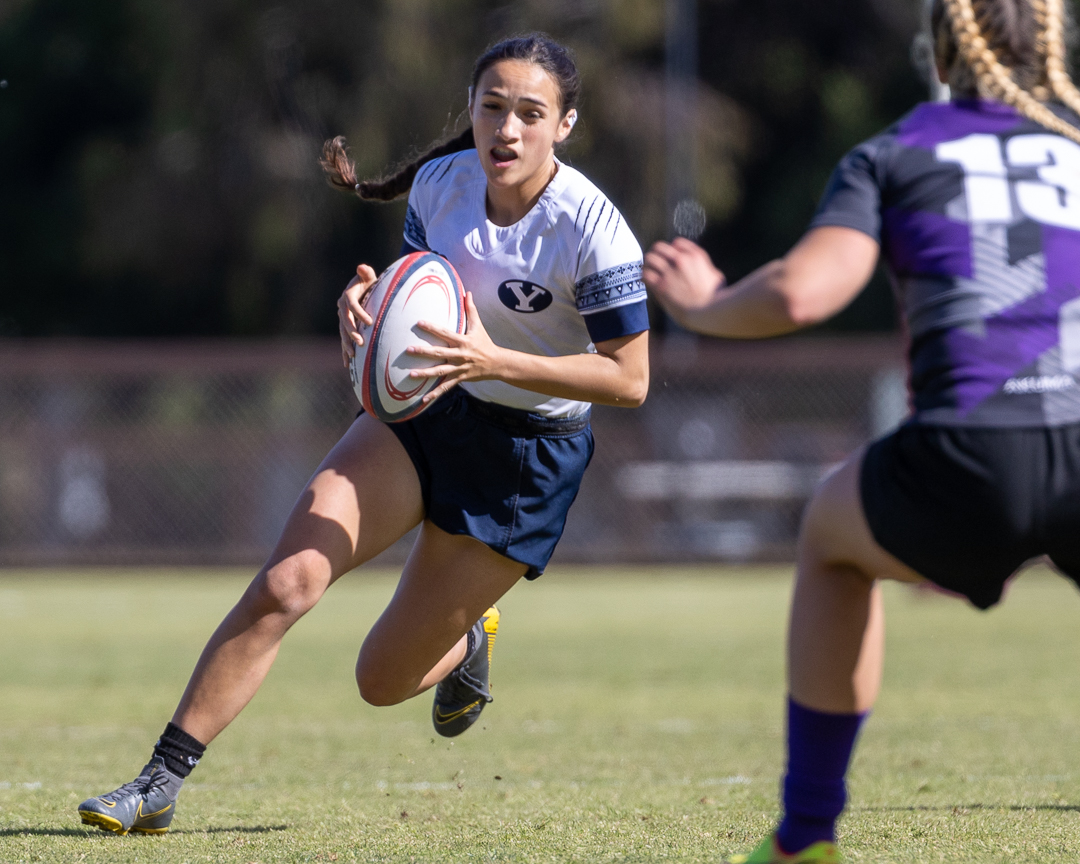 The Hokies represent the East, which was decided between three Blue Ridge conference teams and Univ. Central Florida. Virginia Women’s Rugby (aka, UVA) won the eastern regionals but declined the berth to the spring final. Virginia Tech finished runner-up and was eager for the trip to the Houston. The Hokies know that a perfect game is required to beat the Cougars, but as head coach Garrett Thompson explains, the team is here to play. Kickoff is at 2 p.m. Central and can be viewed live and for free on The Rugby Network.

DI ELITE NATIONAL CHAMPIONSHIP
For the fourth season in a row, Lindenwood University and Life University are contesting the DI Elite National Championship, and will renew this classic rivalry at 4 p.m. Central Saturday. When the two teams met last year, they were just grateful to be on the field and compete, but spring 2021 was still a very chaotic season, and the two teams are happy to showcase themselves this year after a proper run-up. Running Eagles head coach Ros Chou talks about an intensified training environment, thanks to the playing opportunities for the JV team. Lions head coach Billy Nicholas also relishes the chance to play WPL and DI clubs this spring, and takes a fun trip down memory lane. This game is always a highlight of the year.

The final game of the evening is the men’s DIA national championship between Army and St. Mary’s College, and streams live at 6 p.m. Central.