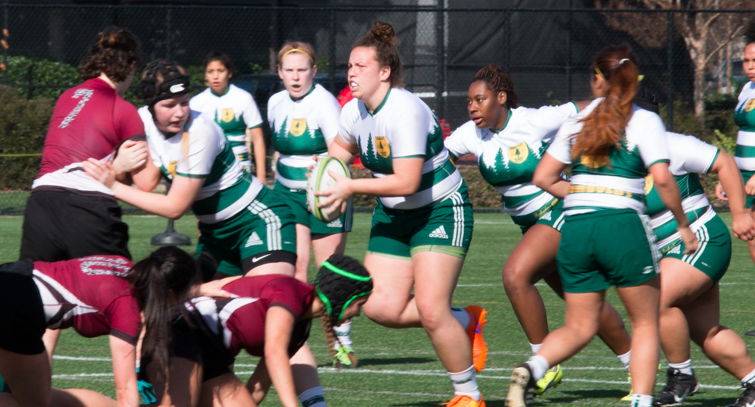 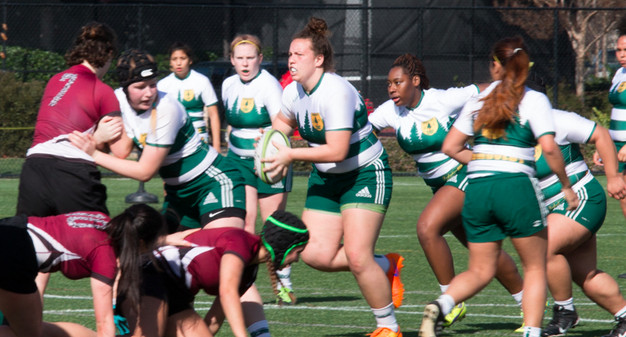 The West Coast conference is different this year, and perhaps for the better. Last year, there was a wide range of skill and program sustainability, which was exacerbated by the geographic vastness of the conference. The more stable, experienced teams now comprise DII, while the remainder are focusing their efforts locally in DIII. Teams will now play each other home-and-away before league playoffs.

Humboldt kicked off its DII campaign Saturday with a 100-10 win over Santa Clara (which had tied UC Santa Cruz 22-22 in week one). Eight different players scored, including newcomers Tori Laidlaw and Tiana Barron – two of eight rookies on the pitch Saturday.

“They definitely gave us a fight throughout the game,” the flanker said of Santa Clara. “They were good about swinging the ball wide and trying to attack the outside, but our wings and fullback did a good job covering that. They showed that – when they got their scores – that they were not giving up.

“Our communication was really good and the support was there – forwards getting to the rucks, all that stuff,” Conrad-Forrest continued. “It was mostly just hard running. We weren’t going down easy for them.” 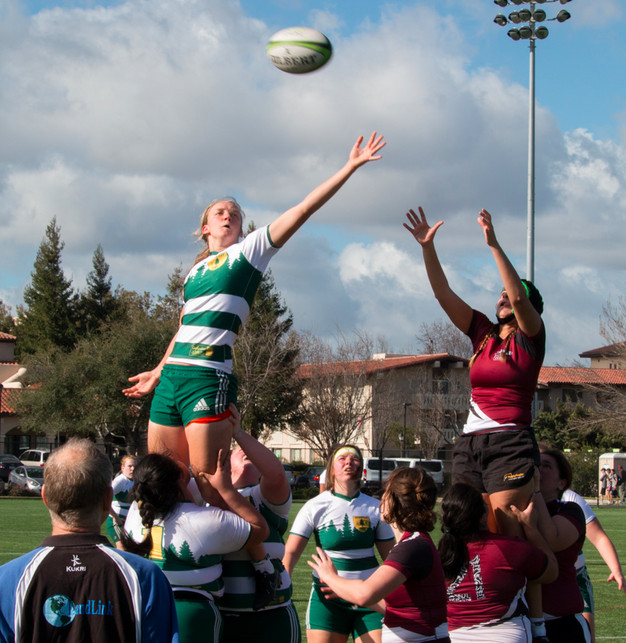 Conrad-Forrest (pictured, right) and captain Jasmine Phiengsai are player-coaching the team, which is tough, especially during game time. Fortunately there are several fourth- and fifth-year players who are buoying the squad. Fullback Jordan Ludtke has been key in the backs, directing new players and acting as general in the backfield. Libby Treu is only in her second season, but she’s upped her game big time and is a force to follow in the forwards.

“We haven’t had to change things too much,” Conrad-Forrest compared the style of last year’s conference-winning team to the current squad’s. “We’re still doing the same kind of play we’ve been doing. We’re trying to get faster ball and not deal with the breakdown so much, so our game’s a little faster-paced than we’ve played in the past.”

Humboldt is running a little light with about 25 players, which can be tough on two-day playoff weekends. That said, there is a lot of rugby before post-season, and the reigning West Coast champs have work to do before then.

“We always want to go as far as we can, but we just had our first game, so I don’t think we put too much thought beyond the league. We’ve got to get through those first,” Conrad-Forrest said. “Obviously, if we keep having a performance like we did yesterday, then looks like that’s in the books. But we have to focus on the games at hand and not think too far ahead.

“Reno will be the big test,” Conrad-Forest looked toward the Feb. 13 away game. “It always us dueling it out in the end. It’s looking like it’s going to be the case this season as well.”

UN Reno won its season-opener 17-10 against UC Santa Cruz in California, and will host Santa Clara next weekend. The league will culminate in a West Coast conference championship on March 26 in Vallejo, Calif.