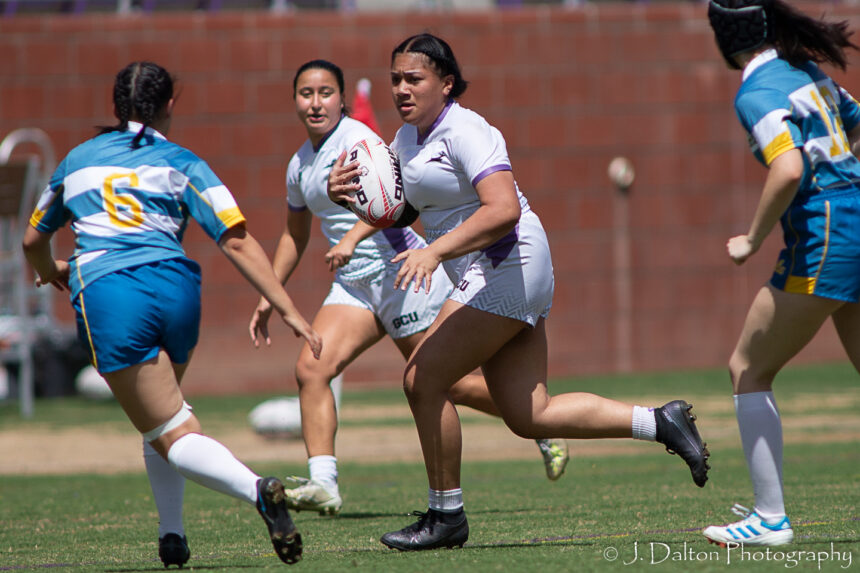 This Friday-Saturday marks the first stage of regional playoffs for women’s colleges vying for the College Rugby Association of America (CRAA) DI Spring Championship. Stanford University and the U.S. Naval Academy are hosting four teams apiece, and the two victors will advance to the the final on Saturday, April 30 in Houston, Texas.

The last two of eight regional spots were filled on Saturday, when the Pacific Desert and Pacific Mountain conferences determined their second seeds. The former held a full 15s season this winter and spring, and BYU, the unequivocal leader, received an automatic berth to western regionals. The next-four teams were meant to meet in Phoenix last weekend, but Arizona State (#5) forfeited its match to Grand Canyon (#2), and thus the competition restructured. Instead, the four teams played one game apiece. Grand Canyon and UCLA (#3) played each other Saturday for the berth to regionals, and the Lopes won 31-3. UC Santa Barbara (#4) beat a mixed ASU side for 4th in the conference.

“I would say our intention was to put all of our learning from the season into the game against UCLA,” Grand Canyon head coach Lindsay Mahoney recited Saturday’s goals. “I feel that the girls did just that. They played smart, aggressive, and creative rugby. We are looking forward to the opportunity to play against the top eight teams in the country this weekend. It’s been a fun and rewarding season, and I think we have been able to build a solid foundation for this season, and the seasons to come.”

BYU and Grand Canyon head to Palo Alto to face teams from the Pacific Mountain Rugby Conference (PMRC), which is actually two separate competitions North (Pacific Northwest) and West (NorCal). Under normal circumstances, there’d be another layer of playoffs, or a larger regional stage, that would afford the PMRC West more than one seed to the post-season. But there was just no time for that this year, as cancelations marked the first half of the season and makeups were pushed to March and April. Considering the time and convenience factors, the North and West were given one seed each. 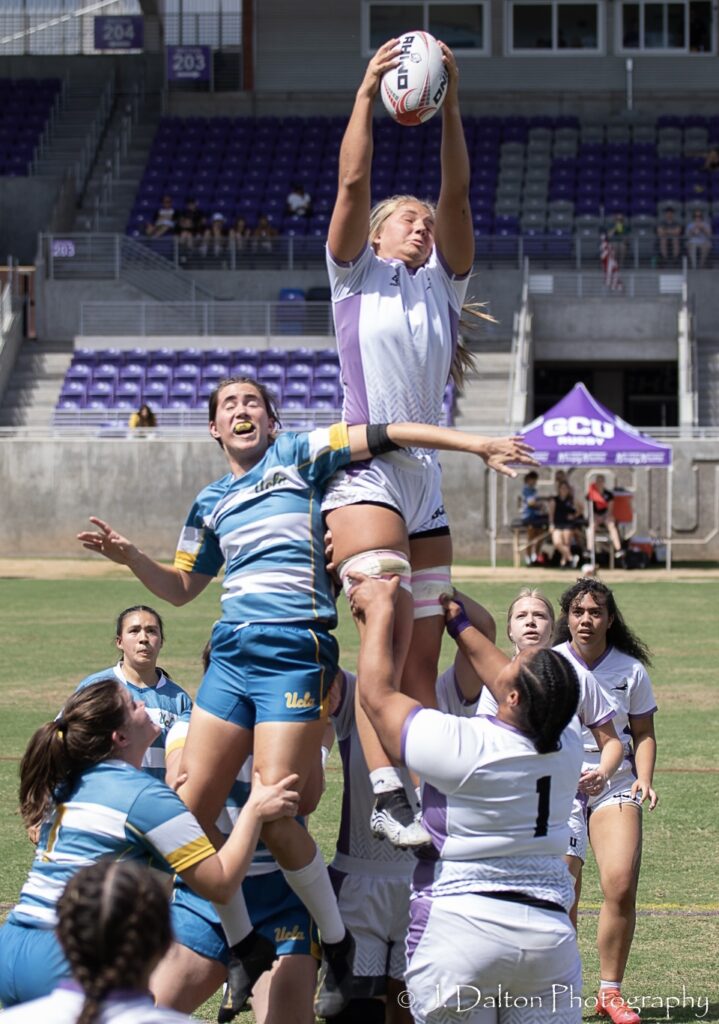 Stanford University extended its post-season with las weekend’s win against Cal. Fresno State was also in the hunt and posted a massive win against Chico State, but the Cardinal were well ahead of the Bulldogs in the head-to-head. Univ. Washington won the PMRC North seeds weeks ago, having only Western Washington and Oregon to compete against in official league games.

So for the western regional playoffs, it’s Stanford vs. Grand Canyon at 1 p.m., and BYU vs. Univ. Washington at 3 p.m. Sunday’s final is 1 p.m.

The eastern bracket solidified after CRAA accepted Univ. North Carolina’s application for the at-large berth. UC Davis had also applied, but the Friday-Saturday format, long commute and inflexible professors undercut the Aggies’ roster. The Tarheels will play Virginia Women’s Rugby (UVA), the Blue Ridge champion, on Friday. Virginia Tech fell 12 points short of UVA in the Blue Ridge final, and will see Univ. Central Florida in the first regional round. Florida also used standings, and undefeated UCF was by far the leader. Last runout on April 4 produced an 87-14 win against Univ. Florida.

The two teams that are 2-0 by end of day Saturday will advance to the DI spring final in Houston.