This year’s team marked Dillon’s largest class in 19 years, and contenders for the starting lineup went well into the second side’s roster. But it’s one thing to have numbers; it’s another to have depth and the leadership to cultivate a healthy, competitive culture.

“You have those years when you know it’s just a really special group, and this is one of those years,” Dillon praised the squad. “They are so strong on the field, but also in their hearts. They are self-coaching, self-motivating, self-regulating.” 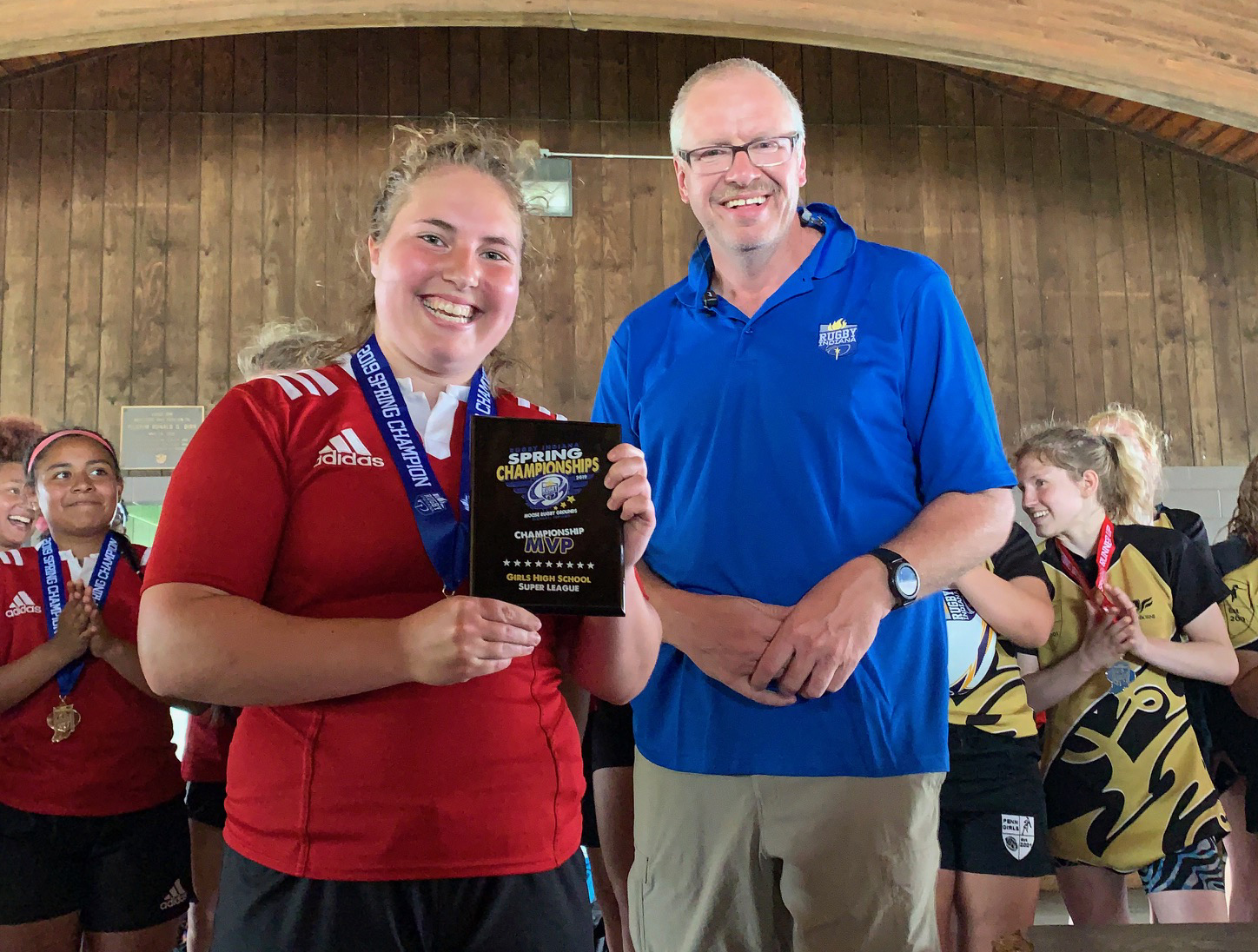 The coaching staff relied on senior captain Libby Moser to serve as the on-field resource for advice and focus. The Quinnipiac University commit was named championship MVP and one of only three seniors on the starting squad.

Junior captains Andele Hensel and Taylor Driver bring energy and stoke positivity throughout the voluminous ranks. They’re well supported by fellow junior leaders like scrumhalf Liz Reyes, who has been playing since 7th grade, and Emma Lucchese, who flourished in her first year at flyhalf. 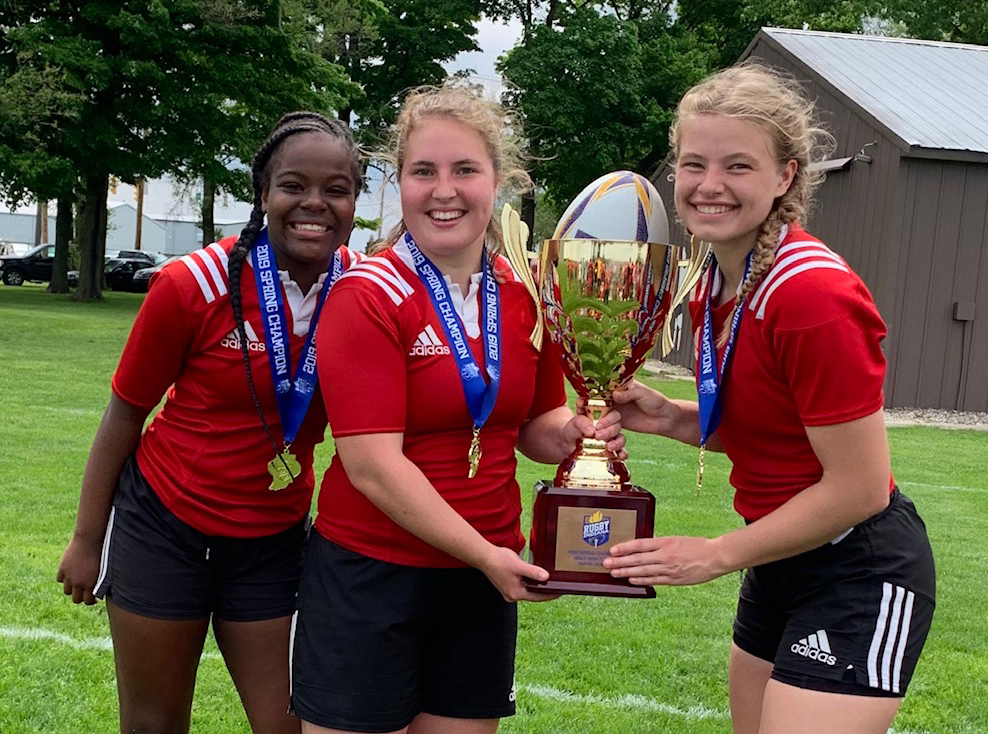 “We have a strong team end to end,” Dillon summarized. “It’s hard to pick best players because the whole team is solid and our bench is, too. So we were 15 strong on the field even with substitutions.”

The on-field performance supported as much, as North Central defeated Super League’s Pike and Warsaw, the 2018 state champion, by decent amounts. The game against Penn had been rained out, so the strength of that program was unknown.

“Although always wary, I felt a little better going into the playoffs this year,” Dillon confessed. “The team didn’t get overconfident the last couple weeks. They didn’t back down from their training and kept pushing themselves. They knew the other teams would kick it up a notch in the finals.” 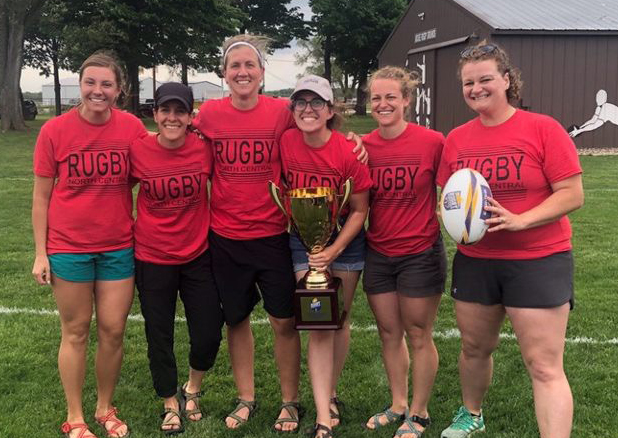 After coaching North Central for nearly two decades, Dillon knows the players need a little extra in the post-season, when pressures in and outside of the sport heighten. The coaching staff does a great job of attending those needs and preparing the younger and newer players for new experiences.

“We all bring something different to the table to cover the bases and the girls’ needs,” Dillon explained. “We do a lot to promote good mental and physical health. We have weekly learning topics and weekly ‘moments of zen.’”

On Saturday, after North Central beat Pike 48-5 in the state semifinals, the team requested a fitness and “moment of zen” session. 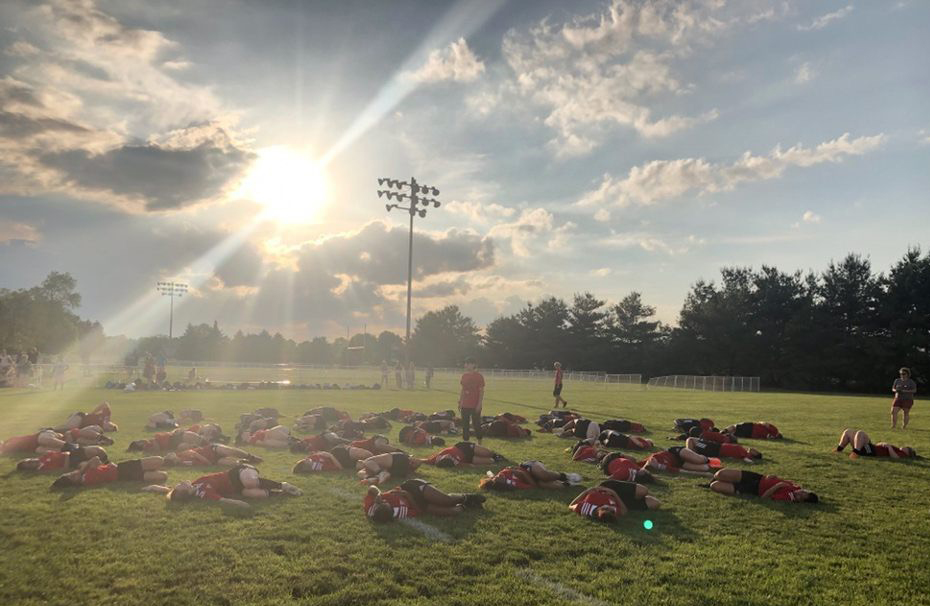 “So after they did their cool-down, I talked them through some yoga stretches and breathing exercises right there in the middle of the field,” Dillon delighted. “That was a first for me!”

On the other side of the Super League bracket (Indiana also fields a DI Varsity competition with two conferences), Penn beat Warsaw 33-15 to advance to the state championship on May 27. Despite the lack of knowledge on its opponent, North Central kept its winning season intact with a 50-15 victory and 11th Indiana 15s State Championship.

“It was great to bring it home again this year,” Dillon noted the two runner-up performances in 2017 and 2018. “We will truly miss our seniors, but are blessed with a great group coming back next year.” 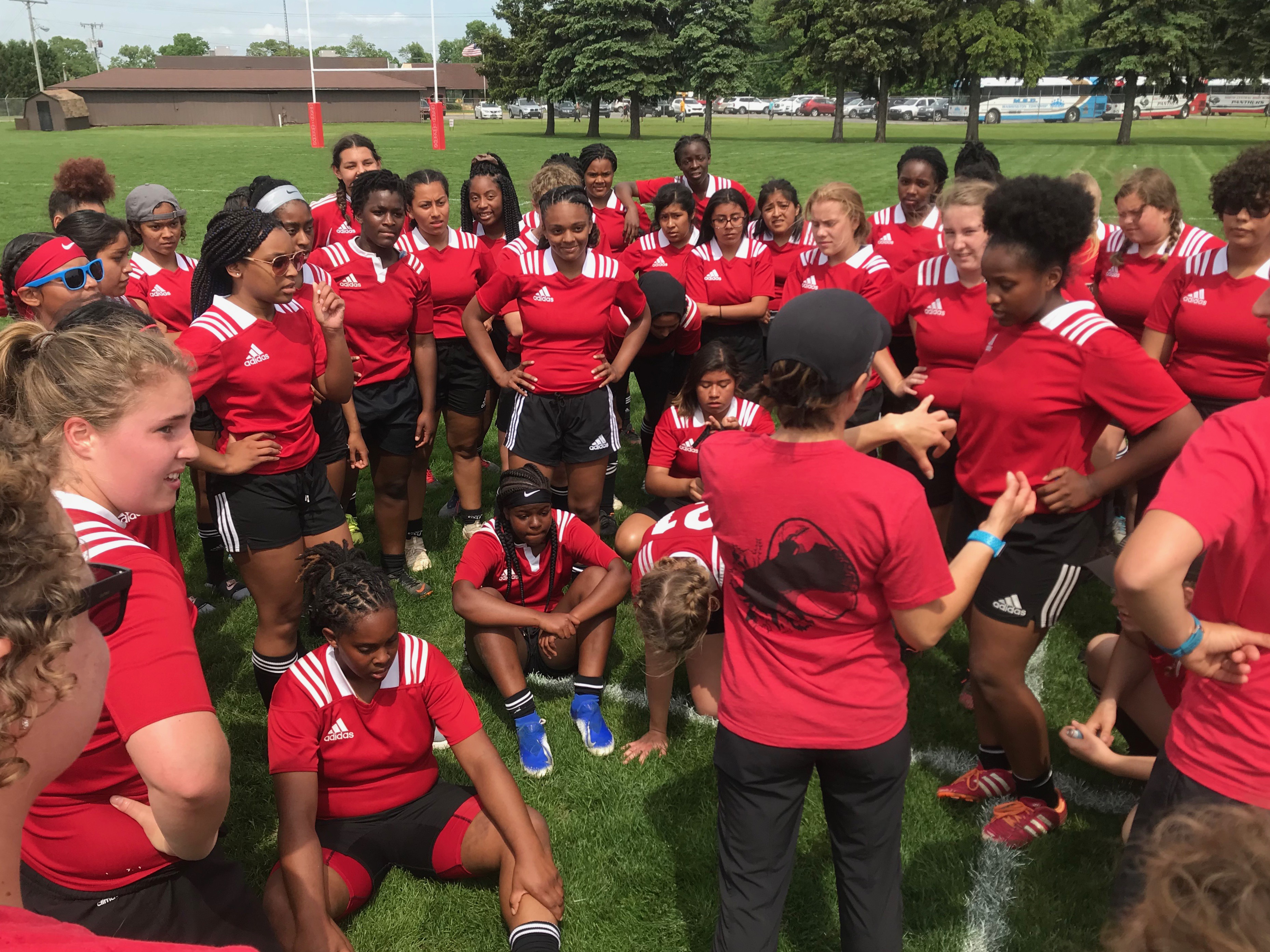 The rugby season is completely over, as a handful of players will join Indy Speed for summer all-stars. The three captains – Moser, Hensel and Driver – will accompany the Midwest High School Thunderbirds to Ireland in June for the all-stars’ 15s tour. Soon enough, it will be fall, and North Central will turn its massive returning class toward the state 7s championship.

In other state championship news, Carroll won the DI Varsity title with a 84-0 victory over Fishers. Warsaw won the 7th and 8th grade competition, and Roxanne Malagon was named championship MVP. For more information, visit https://www.rugbyindiana.com.