Roswell Rebels on Pace for 15s & Beyond 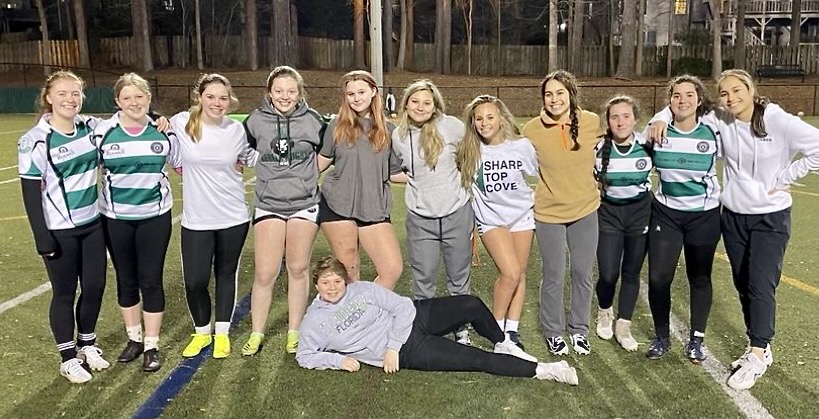 Last season, the Roswell Rebels (Ga.) created a girls’ U14 rugby team out of necessity. There were middle schoolers who wanted to play, and so Dean Pappas created the opportunity and coach Jenna Salyer brought her local and Life University expertise to the squad (read more). That year on the pitch saw the team continually play up in the high school divisions, and confidence followed. Players were immediately called up to representative squads, and those higher-level outings continue to fuel the team’s growth and aspirations.

Back in fall 2020, the nascent Rebels traveled to the Tennessee High School 7s Championship and played teams in a festival-like division. The team did well, and thus the idea of joining Rugby Georgia’s high school 7s competition didn’t sound so intimidating.

“We marched a bunch of 14-year-old girls onto the pitch and came in second in the state,” Pappas said of the spring 2021 season. 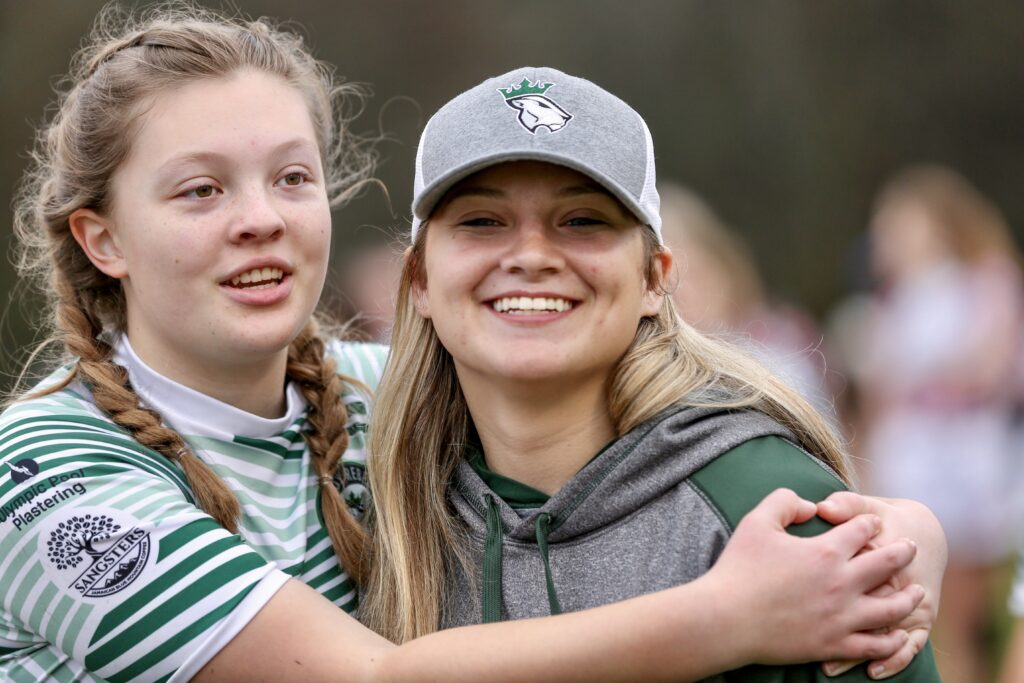 “We were super happy with our success and the product that we were putting out on the field,” said Pappas, who serves as Roswell Director of Girls’ Rugby Development.

When the 2021-22 season arrived, many of the returners were now freshmen in high school, and the newcomers were older, making for an interesting dynamic.

“Last year, the vision was to pull other-area girls in, cultivate them, and then send them back to their homes to start new programs. It didn’t work for two reasons,” Pappas said. “First, the girls bonded to Jenna, the coach. Now they don’t want to play for anyone else. It’s a positive and a negative at the same time, because my mission is to grow rugby.”

Pappas is also the vice president of Rugby Georgia.

“Second, my belief that the other teams would be able to recruit and form new teams – that just wasn’t the case,” Pappas added. “The girls who showed up in the ecosystem came to us.”

There aren’t many competitive options in Georgia. There’s Atlanta Youth Rugby, which absorbed the Amazons, according to Pappas. Morgan County also fields a girls’ team. 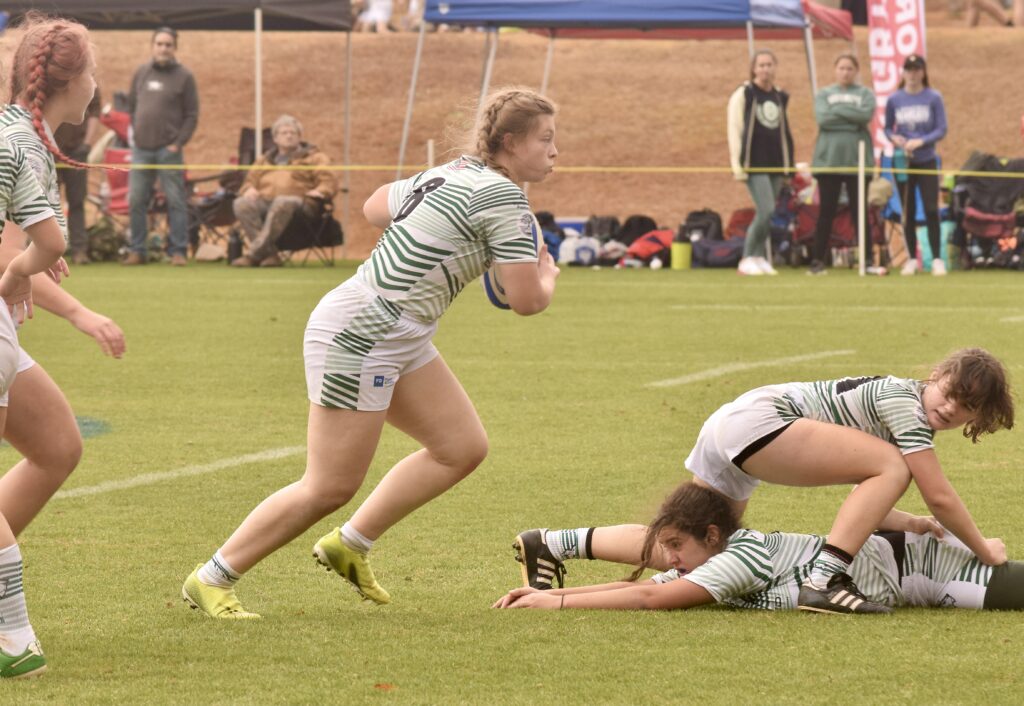 “I’m on the state board, so we as an organization said, ‘Let’s be less concerned about a ‘Georgia season,’ and let’s just have more rugby,’” Pappas explained the spring 2022 calendar. “We have six mini tournaments and we’ve invited Greer from South Carolina to play in all of our events. We’ve invited the Tennessee girls, too, and we’ll also go to them.”

Life University and Florida product Sarah Barsoum joined Salyers on the coaching staff this year, and they have a good working relationship with Pappas, one that allows everyone to focus on their assets.

“Strength, conditioning, agility – that’s in my wheelhouse – but I can’t run a rugby practice to save my life,” Pappas talked division of duties. “My coaching staff doesn’t talk to parents at all, and I’m not working with the girls at training. Since we segregate those two jobs, it’s kind of easy to promote and market the team. We have money. We can pay for our Panthers events, we can pay for our kit. It’s a lower barrier of entry to rugby, which is the goal. There’s no reason why someone can’t play with us. If you can’t drive, we’ll drive. If you can’t afford the hotel, we got it.” 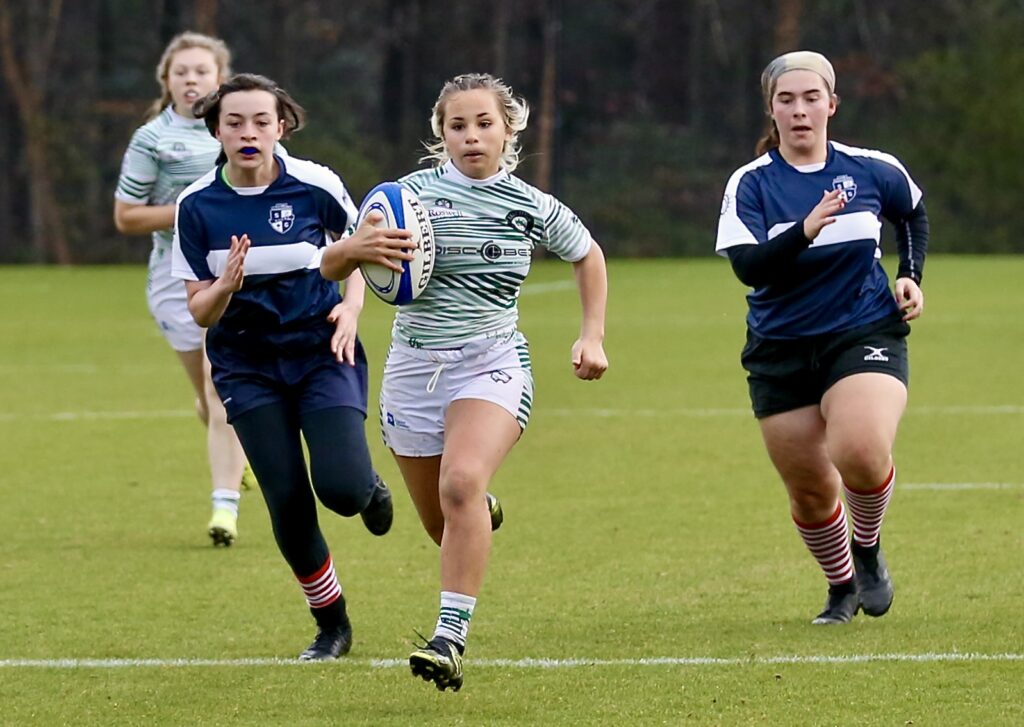 A solid squad of 12 competed in the Christmas 7s, a pre-season tournament run by Greer. The Rebels finished runner-up, dropping the final to the Raptors, the reigning Tennessee 7s champion. Now, the Rebels are halfway through the Rugby Georgia 7s season, and the team’s undefeated.

Leading the way are co-captains Arianna Pappas and Sara Zavieh.

“They are the top-two players beyond a shadow of a doubt,” Pappas said. “Sarah’s a calm, carefully worded young lady. She’s confident but very subdued. Ari is the dominant, aggressive, a little bit abrasive kind of leader. When you take that abrasive, aggressive kid and match her with a more composed kid, you kind of get stuff done.”

Pappas praised Eleni Zis and Izzy Acklen for their influence and performance. Luzaan Snyders is also a core player who, along with Arianna and Zavieh, was invited to play with the USA South against the Midwest High School Thunderbirds in Tampa in mid-February. The Panthers won both 15s games: 25-22 and 19-18. 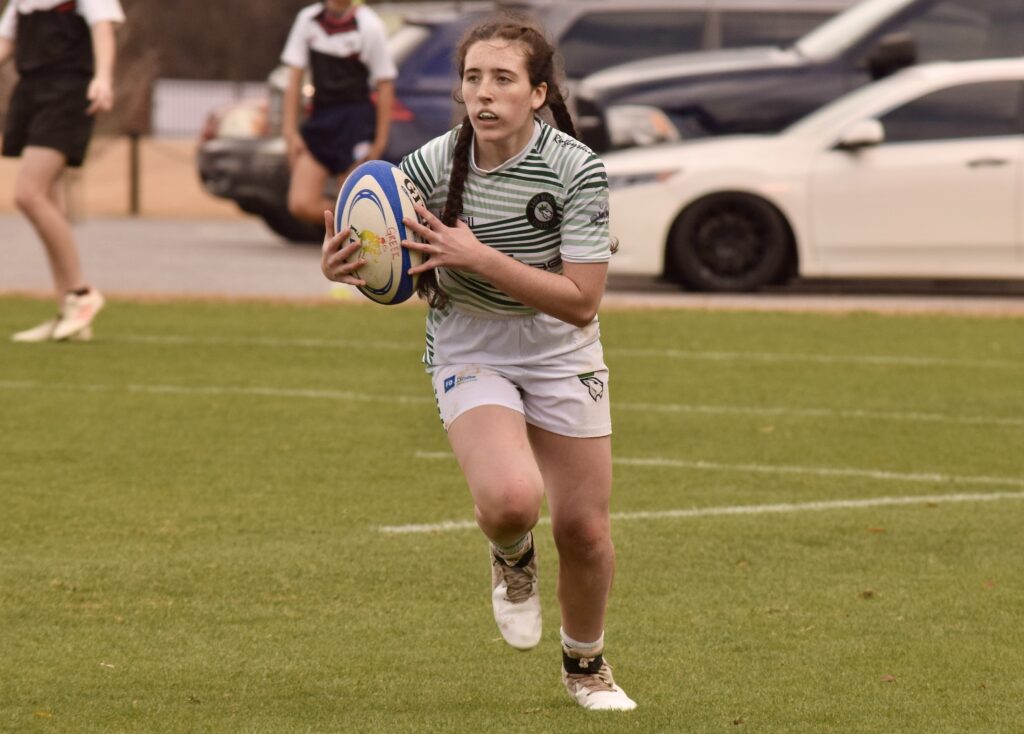 “It’s a program goal to grow and have our own 15s team,” Pappas said. “I think it’ll be done by the fall. We’re really turning the corner now. We have a lot of girls.”

The Rebels will have the opportunity to play some 15s this weekend, as the team travels to the Carolina Ruggerfest in Charlotte, N.C., and then there’s Nash Bash in Nashville. The team will play as the Rebels at Tropical 7s and then send players to USA South squads bound for NAI 7s and other events. Pappas indicated that Rugby GA is also building better connections with Rugby Atlanta, the Major League Rugby club, and curtain-raisers are on the books. Should the Roswell girls play, it’ll be a mini 7s tournament in advance of the pro match.

“They’re dictating the pace now, which is what you want,” Pappas said of the players. “They want to start practices earlier. They want gym sessions. And we tell them, ‘We’ll meet you anywhere we can.’”