Tampa Bay officially joined Florida’s DII club league for the 2017-18 season, and experienced some sobering shutout losses during its 1-7 debut outing. There have been losses this season, too, but they bred steady improvement and positivity, and now the Krewe is enjoying an enhanced level of performance. After last weekend’s 19-14 win over reigning state champion Fort Miami, Tampa Bay has secured its spot in the league final, which also makes South regionals a possibility.

Michelle Horovitz and Vicky Becerra pull double duty as players and coaches, and their leadership has been crucial in sustaining momentum for the young team. Among the newcomers is 28-year-old captain and England transplant Ruth Black, who injects a ton of experience onto the pitch, having recently represented the Worcester Valkyries in the U.K.’s Tyrells Premier 15s league.

“There has been an immense commitment to training,” Black considered influences to the turn-around. “We went from 10 people at training to 25 twice per week.

“We’ve been lucky with players,” the No. 8 added. “We have loads of new players but also seasoned players who have just been in the area and our recruitment has brought them in. There’s lots of interest now that we’re getting our name out there.”

The season began with a 28-17 loss to Jacksonville, and then after a 95-0 boost against Indian River, Tampa Bay dropped a 27-20 decision to Orlando. 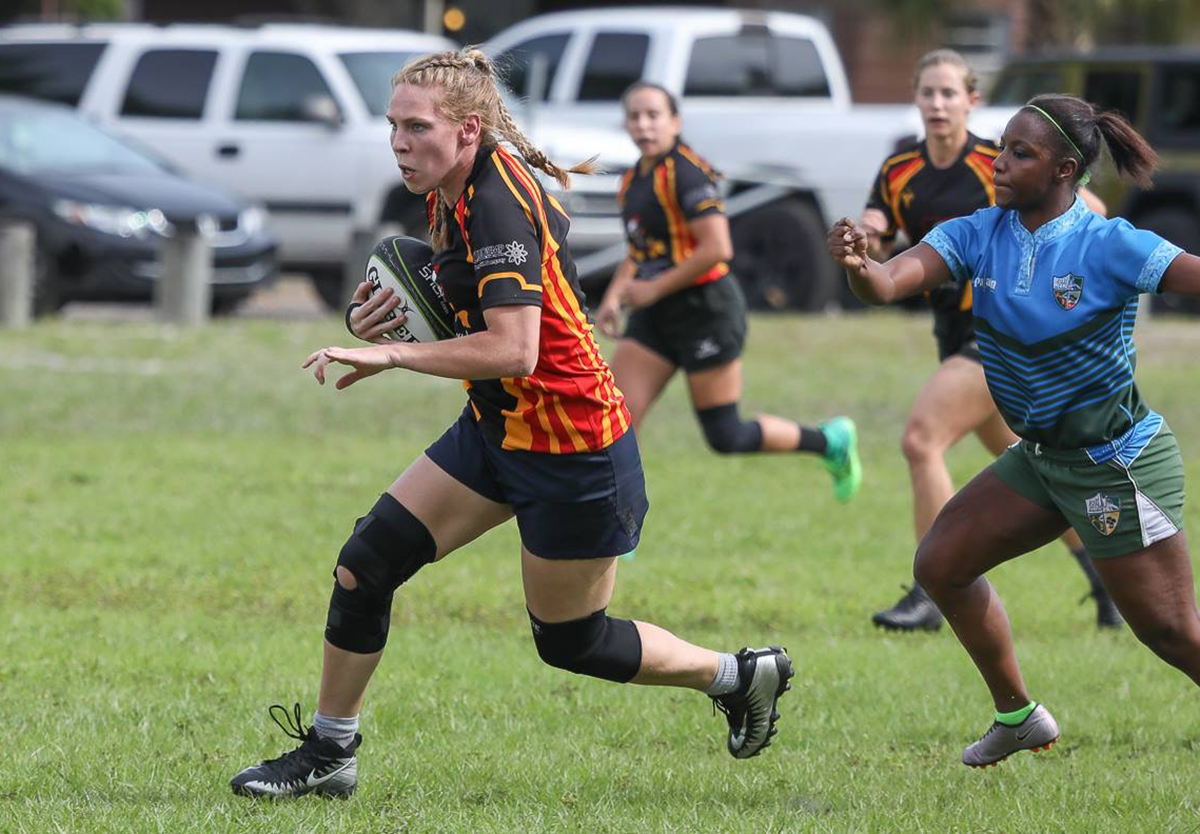 “We knew we should have won our first game against Jacksonville – same with Orlando. We had let our heads go down and our mental state became negative,” Black said. “We said, ‘It doesn’t matter if they score; we have to play all 80 minutes.’ And that’s what we did against Jacksonville [48-7 win] and Orlando [40-19] the second time we played them. Those weren’t easy wins; we had to work hard.

“It’s been a gradual progression from the beginning of the season. We’re two different teams,” the captain continued. “And it’s helpful that we had Fort Miami at this point in the season, when we were ready for them.”

Meanwhile, Fort Miami had been setting the standard with a perfect 6-0 record, and Tampa Bay knew that standout performances were required of all players in order to win.

A gritty, physical game evolved, and handling mistakes marked the opening quarter of play. The scoreboard remained silent for approximately 30 minutes, until the Tampa Bay forwards set up a scoring opportunity out wide, and that scrumhalf Lis Gallant used for the game’s first try.

“She doesn’t normally play there but had a cracking game,” Black said of the Player of the Match. 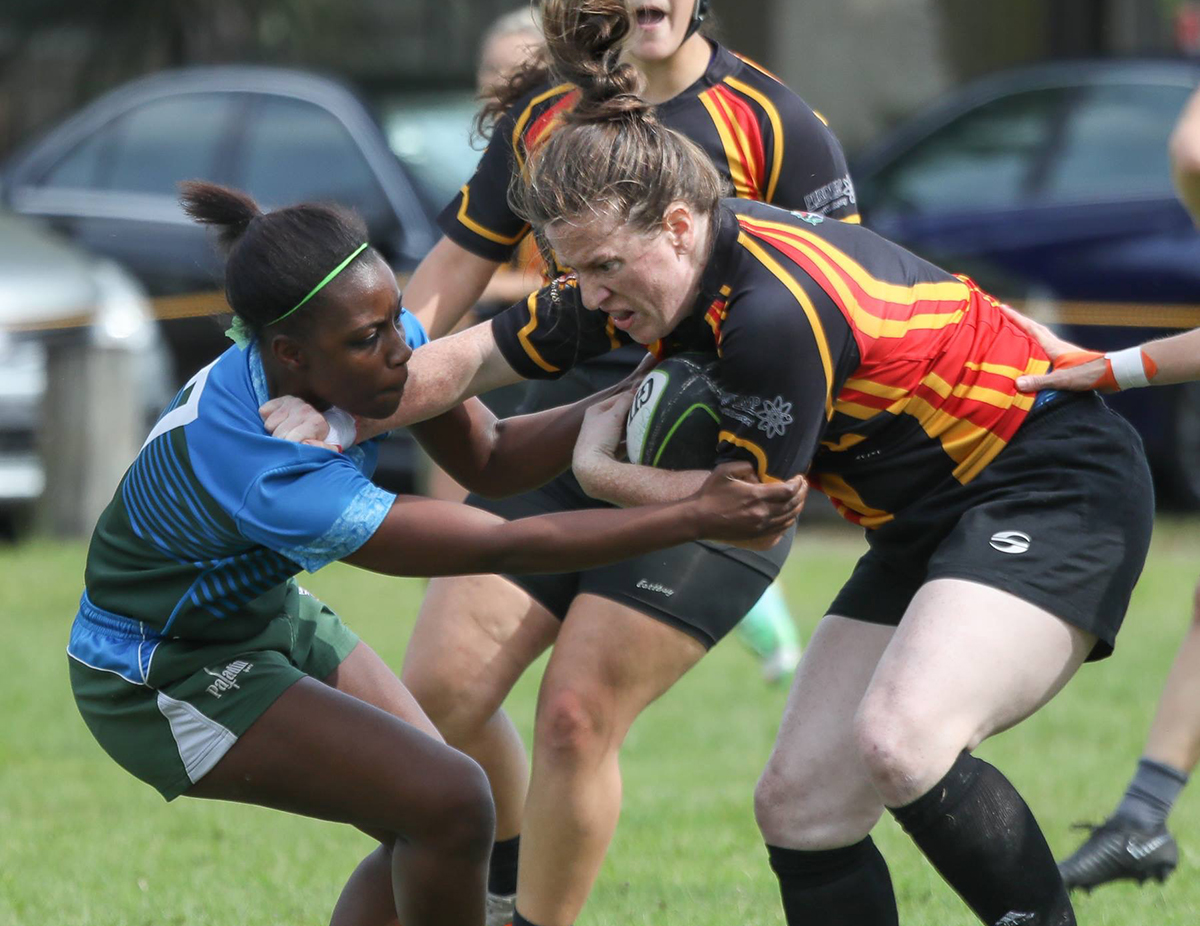 True to form, Fort Miami fullback Lindsey Koren answered back immediately and flyhalf Marie Zeoli’s conversion put the visitors ahead 7-5 at the break. Ten minutes into the second half, the duo combined for another seven points, 14-5 with 30 minutes to play.

“We definitely dominated the scrums,” Black tipped her scrumcap to the assistance of the Tampa Bay men’s head coach, “and Fort Miami dominated the lineouts. So that’s something we’ll be focusing on [going forward], changing the strategy around that.

“Their backs were very fast and really challenged our backs,” the captain continued the comparisons. “But we did really well in cutting down space and never giving up. Sometimes they’d break through and it was, ‘Well, that’s it, they’re going to score,’ but our backs would chase it down and make that one-meter tackle to prevent the score.”

With approximately 10 minutes to play, Tampa Bay inside center Samantha Black scored, and flyhalf Robyn Oliveri’s conversion drew the scoreline to 14-12 Fort Miami. Minutes later, player-coach Becerra finished an attacking movement in the try zone for the go-ahead points, and Oliveri kicked the extras for the 19-14 lead. But there was still time to play. 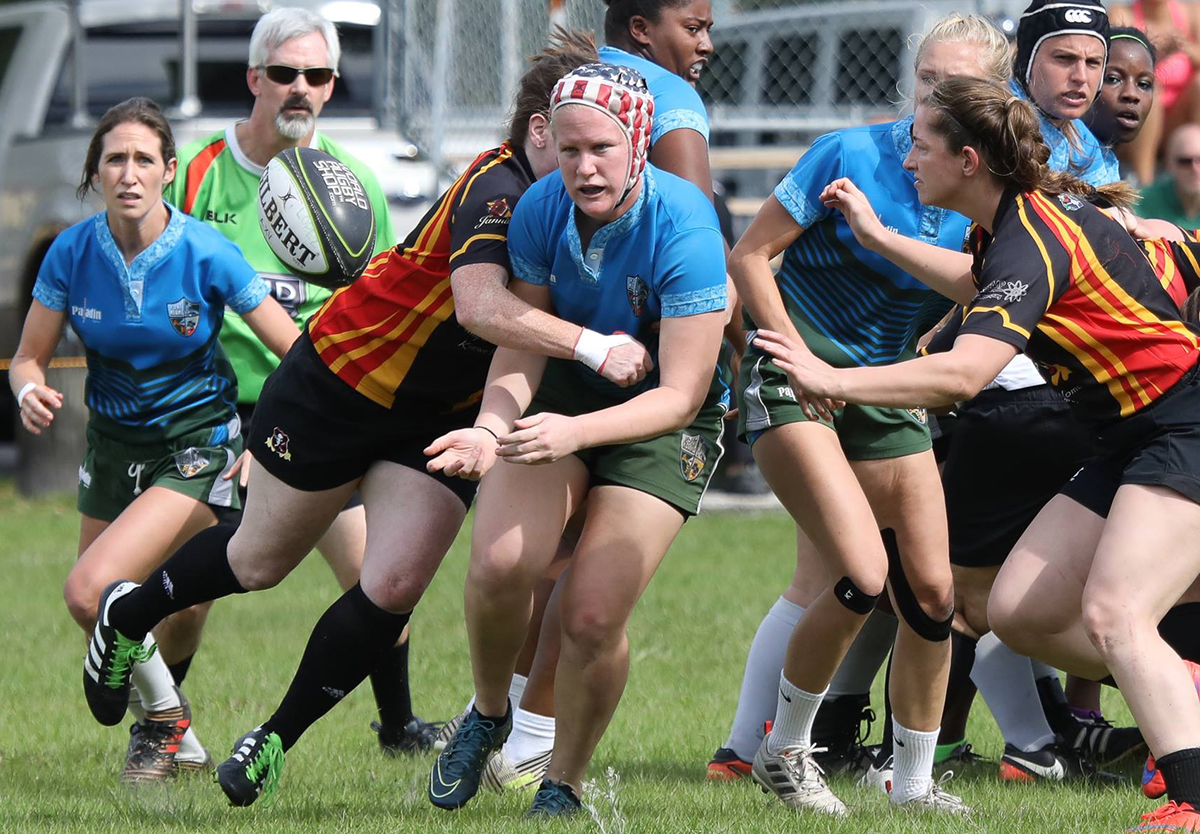 “We had to keep playing aggressively because Fort Miami was really bringing it, and they’re a very good counter-rucking team. So it was all about securing the ball and keeping possession,” Black spoke to team focus in the waning minutes. “It was so grueling. It was so humid and such a physical game. Everyone was so tired and you could read it on everyone’s face.”

The hits kept coming and Tampa Bay lost possession and Fort Miami reset with an attacking scrum. The Krewe pack pushed over the ball for the turnover, and that effort essentially ended the game and marked Tampa Bay’s first win over Fort Miami.

“Everyone was ecstatic. … All of our supporters, they made a tunnel and shook beers over us as we ran through,” Black recounted the final whistle. “We’ve been working really hard in training for this and we’re proud that we’re in a position to compete with someone like Fort Miami. Last year, they would have walked over us.”

“It’s hard to pick,” Black said of standout performances. “There was an article written that me and Sam Black were the players to watch, but I didn’t look better than anyone else. … No one looked like a shining star because we all gave everything we had. As a captain, I’m so proud, because everyone did their job.” 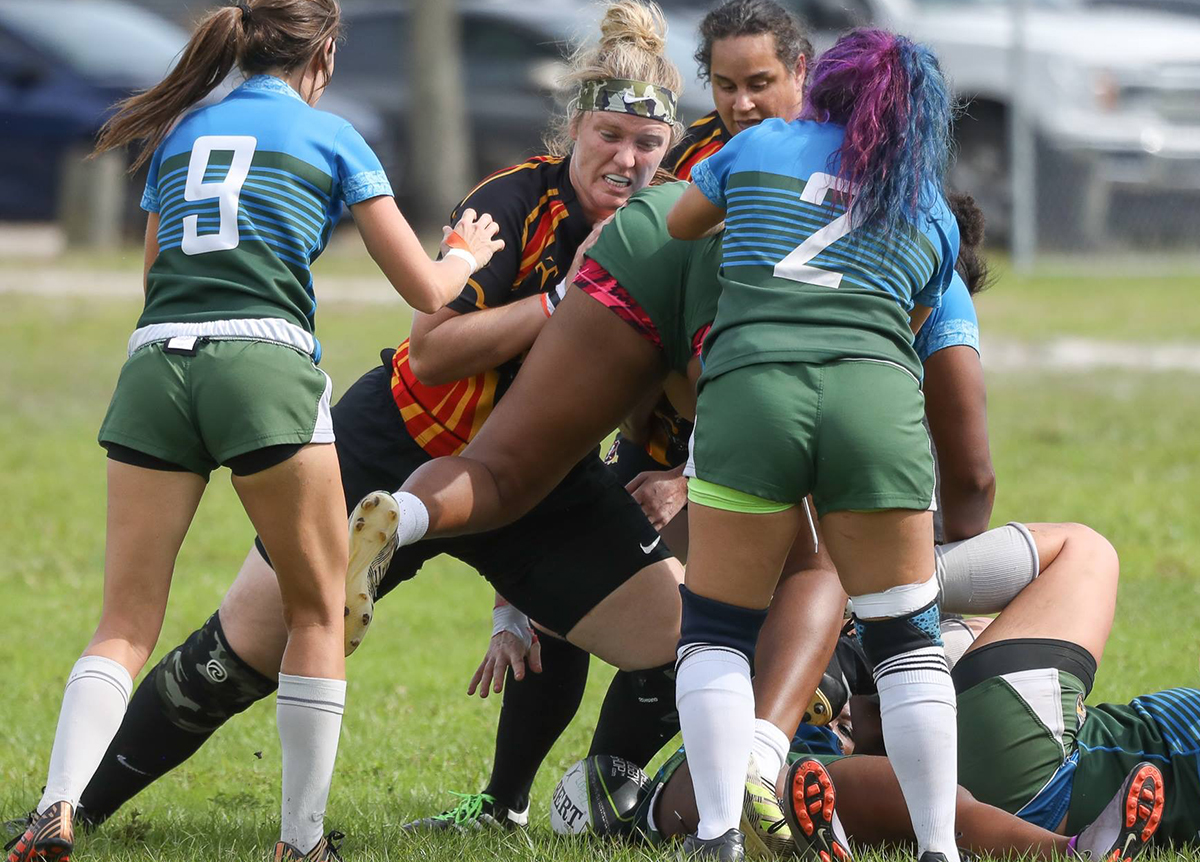 An interesting scenario now evolves. Both Fort Miami and Tampa Bay have secured their spots in the state final (Orlando could end with the same record as Tampa Bay but can’t make up the differential in standings points), but first, the teams will play their second matrix match on March 30 in Miami. The result has no impact on the post-season so it will be interesting to see how the teams will treat the outing in advance of their third meeting.

“They’re the best in the state and having three matches against a team like that is going to challenge us so much,” Black said. “We’re going to work very hard in training to make sure we’re physically ready. We know Miami will bring its A game and we can expect another grueling match against them.”

The Florida champion will then advance to the DII Southern Conference Championship on May 4-5 in Savannah, Ga., and face the Carolinas runner-up in the semifinals. The Carolinas champion will play the True South champion in the other semifinal, and the two Saturday victors will play for the berth to DII nationals on that Sunday.