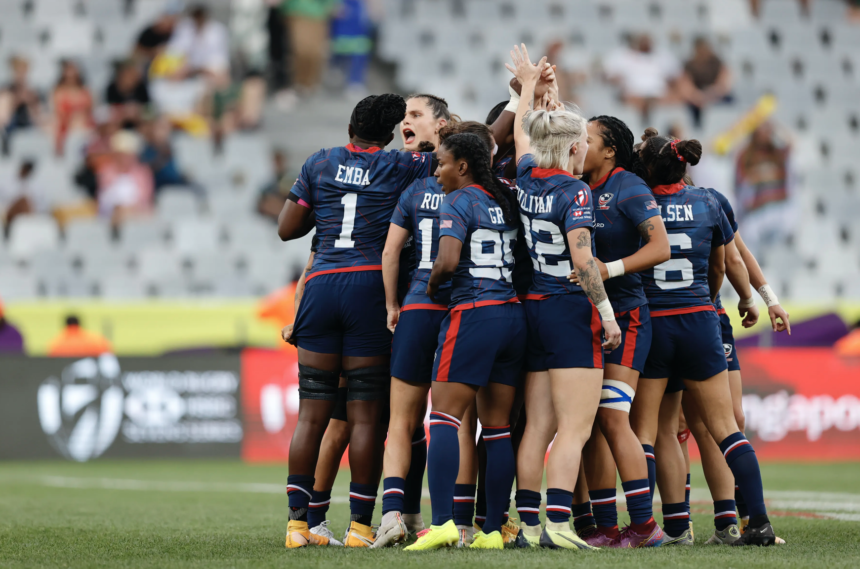 Lauren Doyle had missed the first two series tournaments with an injury, but now returns as co-captain alongside Naya Tapper.   Doyle replaces Steph Rovetti on the 13-player squad.

“Being back with the squad has been incredible,” Doyle told USA Rugby. “Injuries are part of our sport and coming back is never easy, but I am very lucky to have a great staff surrounding me that made the process a piece of cake. We are looking forward to another opportunity to compete with the best teams in the world.”

Ten of the 13 players currently in New Zealand have made double-digit appearances on the HSBC circuits. Spiff Sedrick and Jaz Gray have both competed in eight tournaments. Sammy Sullivan is in her first HSBC season, having played at both Dubai and Cape Town, but her actual USA 7s debut occurred at the 2022 Rugby World Cup Sevens.

“After a tight turn-around and a purposeful refinement block back in Chula Vista, we are refreshed and excited to have the opportunity to get back on the series straight away to continue to develop and perform on the world stage,” USA Women’s 7s head coach Emilie Bydwell said. “While we are happy with the outcome of the first two tournaments, we know that has put us in a position where teams are gunning for us and we need to be prepared to meet what’s coming.”

In Hamilton, New Zealand, the USA will play Spain, Brazil and Ireland in Pool C. The games occur on Saturday, Jan. 21 in New Zealand, but for U.S. time zones, the matches will live-stream on Friday evening (see schedule below).

“We are confident in what our potential is as a group and how we want to play, so our goal continues to be bringing that to life and to be 5% better across every aspect of the game each tournament. Our ability to remain present and take every tournament one game at a time continues to be critical to our success.”