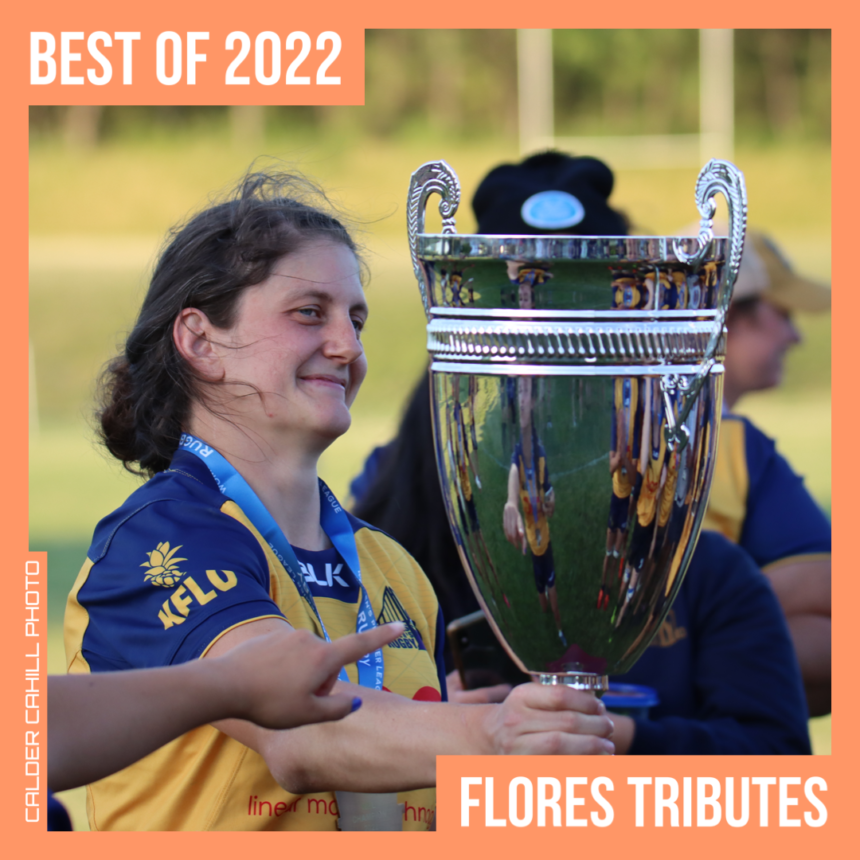 In 2022, there were lots of big moments for girls and women’s rugby in the U.S., and as the year winds down, The Rugby Breakdown remembers those highlights in the hopes that 2023 builds even more momentum for the game. Did we miss a big story? E-mail Jackie Finlan.

When rugby legend Kathy Flores passed in October 2021, many tributes followed at the individual, USA and international levels. World Rugby inducted Flores into its Hall of Fame; USWRF created the Flores Memorial Scholarship Fund; Lisa Jackson won the first Flores Heart of the WPL award – a sampling of the ways in which the rugby community continues to honor Flores’ contributions to and presence in the game.

The Berkeley All Blues and Providence women’s teams found special ways to thank their former coach. Flores last coached the Rhode Island senior club (while serving as head coach for Brown University) and departed during the 2021-22 season. The theme became, “For Kathy,” and Providence battled through extremely competitive NERFU and Atlantic Super Regional championships before advancing to the DII national 15s championship in June 2022. Providence beat Palmer College and then Knoxville on back-to-back days to win its first-ever DII national championship. “Last job done,” was the final sigh.

Berkeley has many DI national championships in its history and won Women’s Premier League (WPL) titles in 2011 and 2012. It’s been 10 years since the All Blues hoisted a national 15s trophy, but that timeframe also includes two covid-canceled seasons. When the WPL re-emerged in spring 2022, Berkeley was in good shape. The club fielded two full, separate teams – Division II and WPL – and they all donned kit with “KFLO” on the sleeve. For the first time ever, the DII team advanced to the national semifinals (and lost to Knoxville). Berkeley’s WPL team beat the Colorado Gray Wolves in the national semifinals and then Beantown for the championship trophy.

UP NEXT: World Cup Double-Header