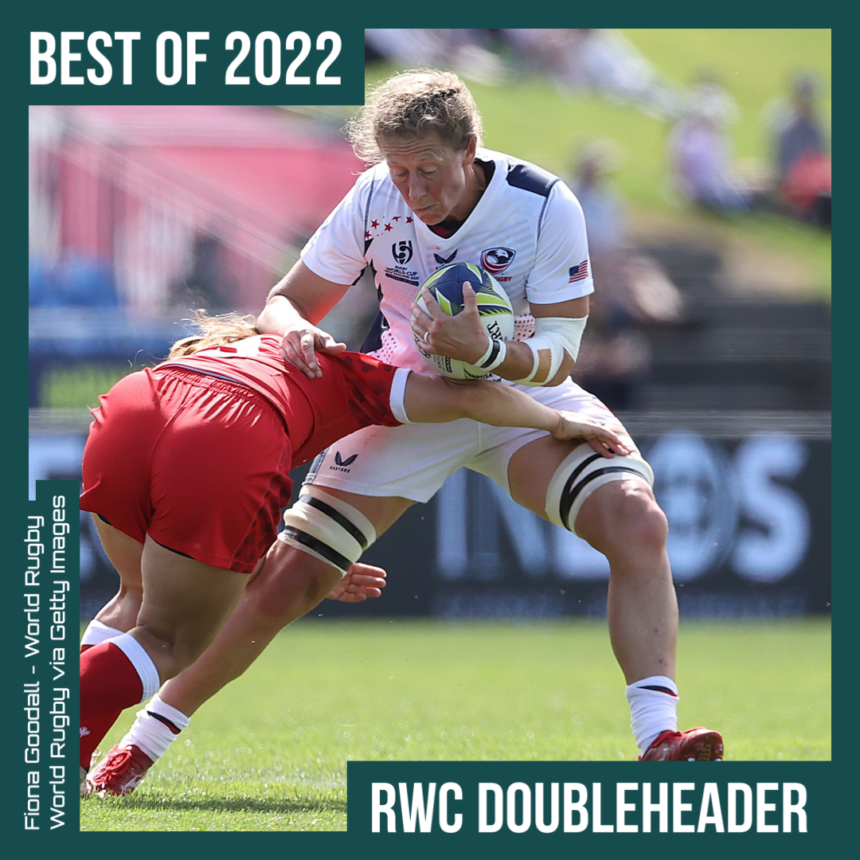 2022 was a particularly unique year for women’s international rugby, as the pandemic delayed the 15s Rugby World Cup (RWC) one year, placing it within one month of the Rugby World Cup Sevens. For the fan, that meant a wild fall dense with the game’s best competition, in both the high-speed and traditional forms. But there were also drawbacks to the back-to-back events.

For one, the RWC 7s (Sept. 9-11) seemed to lack the fanfare that it might have generated if not immediately followed by the RWC 15s (Oct. 8-Nov. 12). The USA finished 4th overall, and although the team expressed some disappointment in the closing performance, Eagle head coach Emilie Bydwell was not so critical. Bydwell detailed the team’s agenda and overall plan in the context of the 2024 Olympics – the main objective. So perhaps that’s why RWC 7s lacked some spark. The event was certainly entertaining and valuable, but the impending Olympic qualification circuit – HSBC World Series – dominated focus. And so far so good for the USA this 22-23 season. The Eagles finished 3rd at both the Dubai and Cape Town stops. 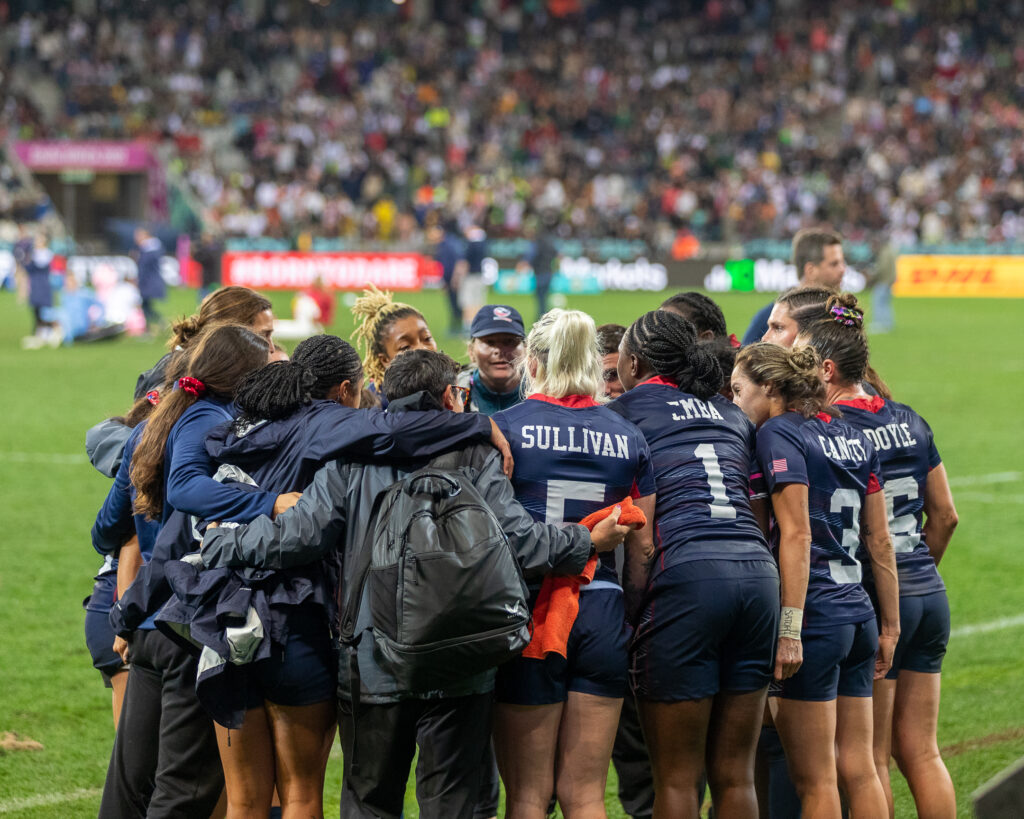 The RWC 15s gifted us wonderful games, especially from the semifinal stage onward. It’s like the tournament knew it had to deliver and did so with aplomb. One could absolutely live off of that final between New Zealand and England. The USA went 1-2 in pool play, losing to Italy and Canada and defeating Japan, but advanced to the quarterfinals, where it lost to Canada again. As a fan and supporter, it was tough to watch the Eagles struggle. The team played with heart but the RWC emphasized a divide growing at the international level.

One aside: USA players did not double up on RWCs. It was either 7s or 15s, which is understandable given the international calendar, but also unfortunate, as the full-time Chula Vista residents are assets to the 7s and 15s games. And it wasn’t uncommon to see players in both the 7s and 15s world cups. Stacey Fluhler, Sarah Hirini and Portia Woodman helped New Zealand to 7s silver and 15s gold. Sharni Williams represented Australia in both events. Joanna Grisez for France, Olivia Apps for Canada.