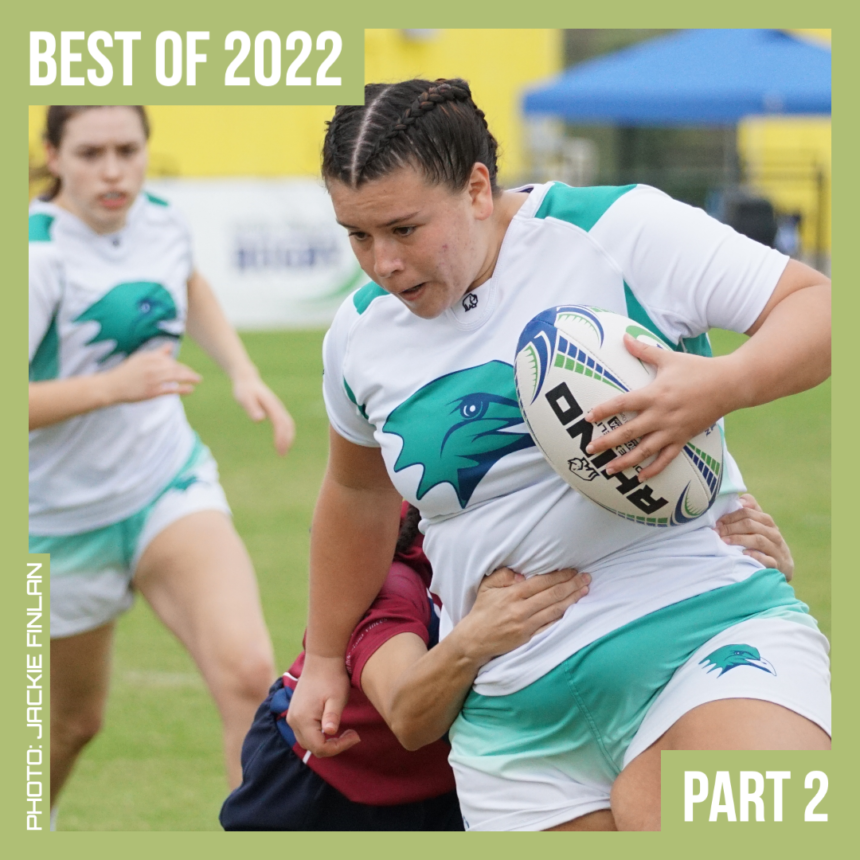 Last week, The Rugby Breakdown (TRB) reviewed some of the top 2022 women’s rugby moments – from the Kathy Flores national championship tributes, to the Rugby World Cup double-header, to breakout high school Eagle Mustangs. The following extends the tribute series before attention turns to 2023.

It was a little messy resurrecting dormant U23 all-star programs (with the active Midwest Thunderbirds being the exception), and then assembling these eight teams into regional competitions, but it was so worth it. For the first time in years, the age group that is meant to feed into the USA Women’s National Team can actually see the pathway there. Understanding where opportunities lie and how they’re connected in a frankly very confusing U.S. rugby ecosystem – that’s half the battle to not only finding and promoting talent upward, but also keeping people, not just players, engaged.

“The work we did this past year is just the first step toward the pathway development opportunities we hope to offer in 2023,” Women’s Pathway Manager Martha Daines told USA Rugby. “The return of representative rugby at the u23 level with the U23 All Star championship not only has been met with enthusiasm, but also was highly successful in meeting our goals. I’m certain we’ll see several of these players don an Eagles jersey in the not-too-distant future.” 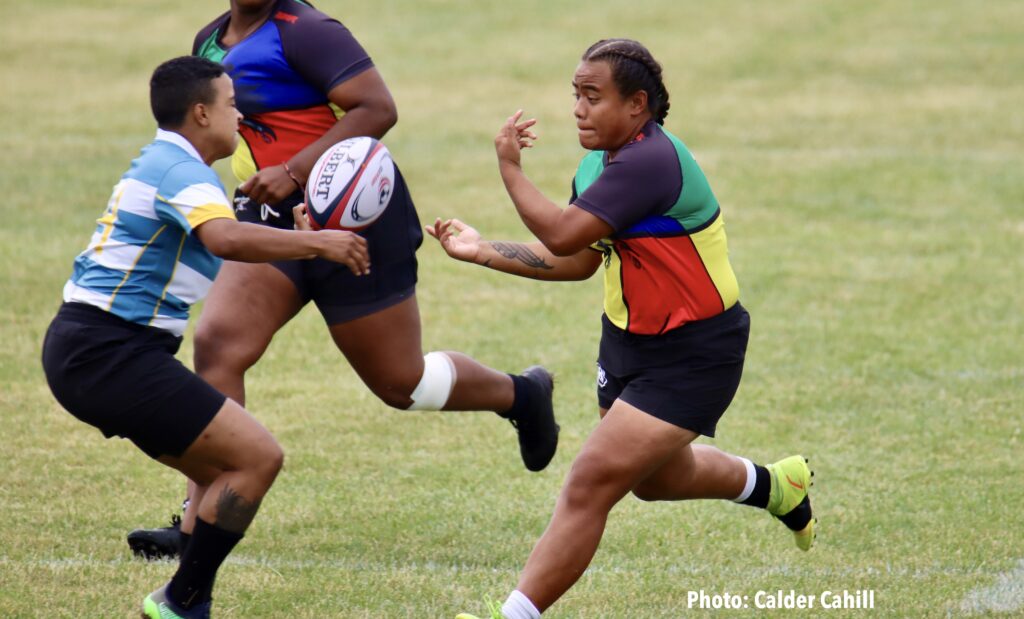 The South Harlequins (which was not folded into the USA South Panthers program but sponsored by the Atlanta Harlequins) won the championship and did so under the guidance of co-head coaches Billy Nicholas (formerly of Lindenwood Univ.) and Ros Chou (who moved from Life Univ. to Brown Univ. this year).

There are some wrinkles to iron out – the parenthetical note with the South Harlequins alludes to an example – but here’s hoping the U23s dig their heels in and set a precedent for more age grade all-stars.

Endicott College out of Beverly, Mass., won the NCR Small College 15s Championship and it was a tough road to the title. The Gulls won their four national playoff games by 13 points or fewer – and remember, these games occurred as part of two double-header weekends. In Houston, Endicott beat a powerful and sizable Northern Michigan 31-19 in the semifinals, and then turned around to defeat a fast, skilled Lee Univ. 24-12 for the trophy. [Read coach Carly Baker’s preview interview.] 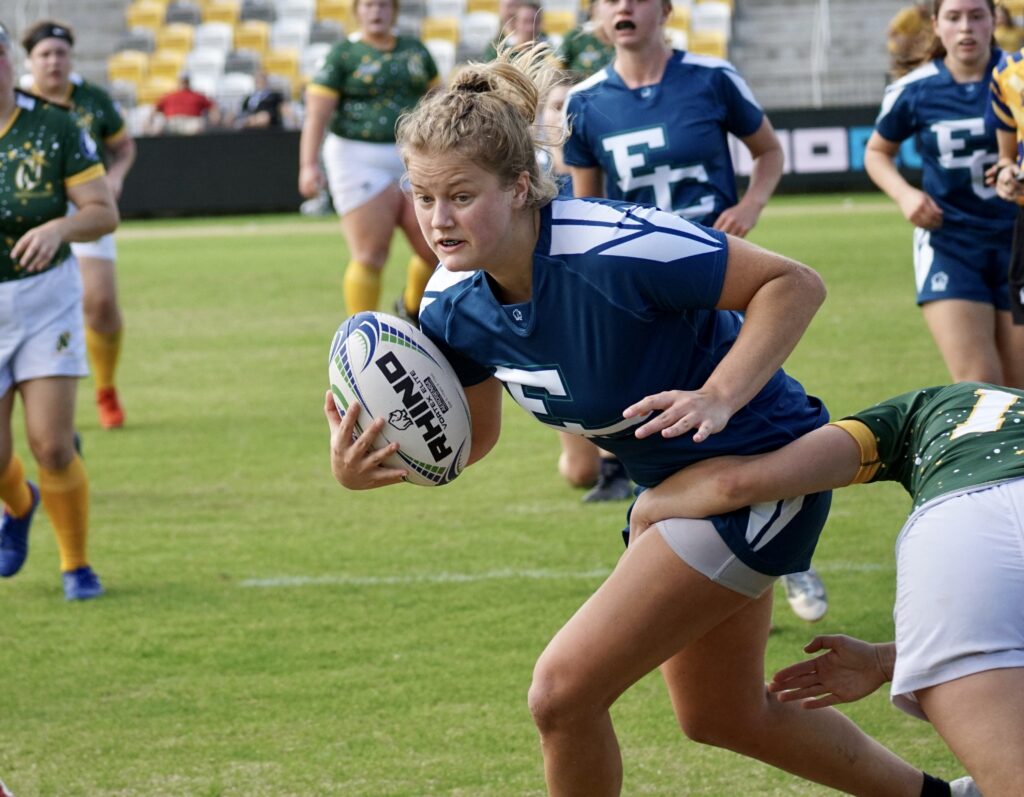 Endicott just played a fun, fast, versatile game, and everyone was a threat from all areas of the pitch. Cassidy McIlhinney, Jourdon VanAmburgh, Carolina Stubbs and Tess Merrill were favorites (see more photos). But perhaps most impressive, Endicott (and Lee) remained poised and focused when the high-stakes championship game heated the sidelines and stands. It was a pleasure to see a classy game evolve between two sets of respectful, mature players.

At the 2022 Women’s Premier League (WPL) AGM, the board proposed a plan to professionalize the top U.S. senior club competition to its membership, and then asked teams to consider the road ahead and vote for or against the necessary steps forward. All teams voted in favor for professionalization of the league (with one team falling into the “yes, but …” category). 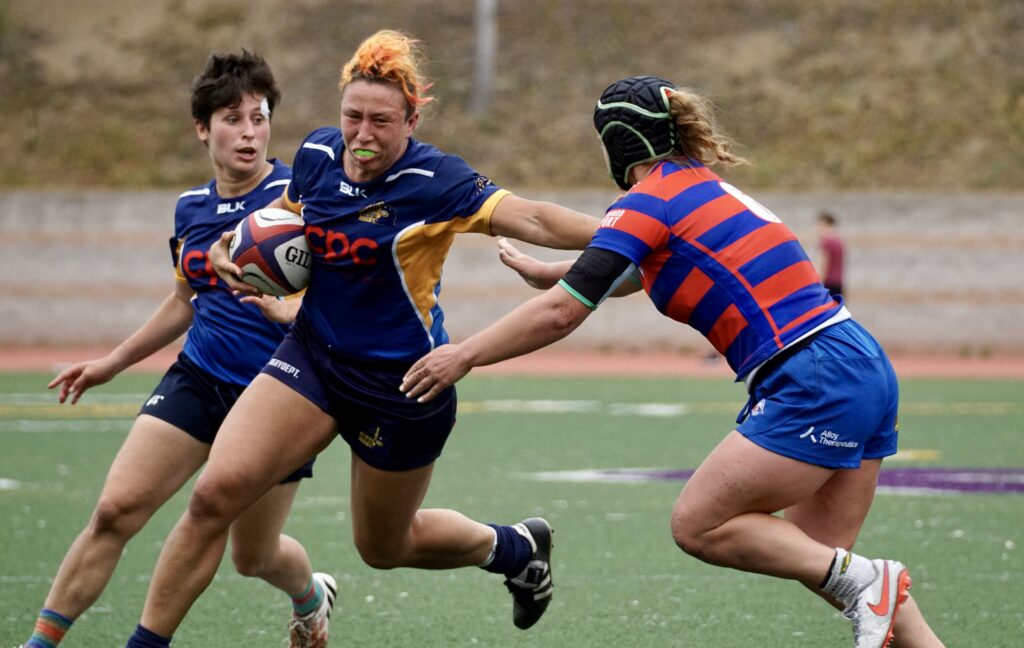 That crucial step kicked off several important to-do items, like filling the board with the right personnel and establishing incremental changes that can be applied in the forthcoming WPL season. There are many updates to come, and Sam Luther, Nina Safane, Ali Gillberg and Kitt Wagner Ruiz (read more) speak toward those eventualities with such passion and belief that you’ll find yourself asking, “How can I be a part of this renaissance?”

And don’t forget, the U.S. has a rugby operation that is already equitably paying its members: Premier Rugby 7s (PR7s). But in 2022, the competition’s second year season, PR7s was able to show its shape a bit more. Instead of a standalone championship event (like its fall 2021 debut), PR7s held a three-stop series with tournaments in California, New York and Texas. Everything was more, and 2023 is poised to make even bigger gains as the field grows to eight franchises (16 men’s and women’s teams total) that will involve more players, staff and fans, and continue to build rugby’s visibility in the U.S. Read more. 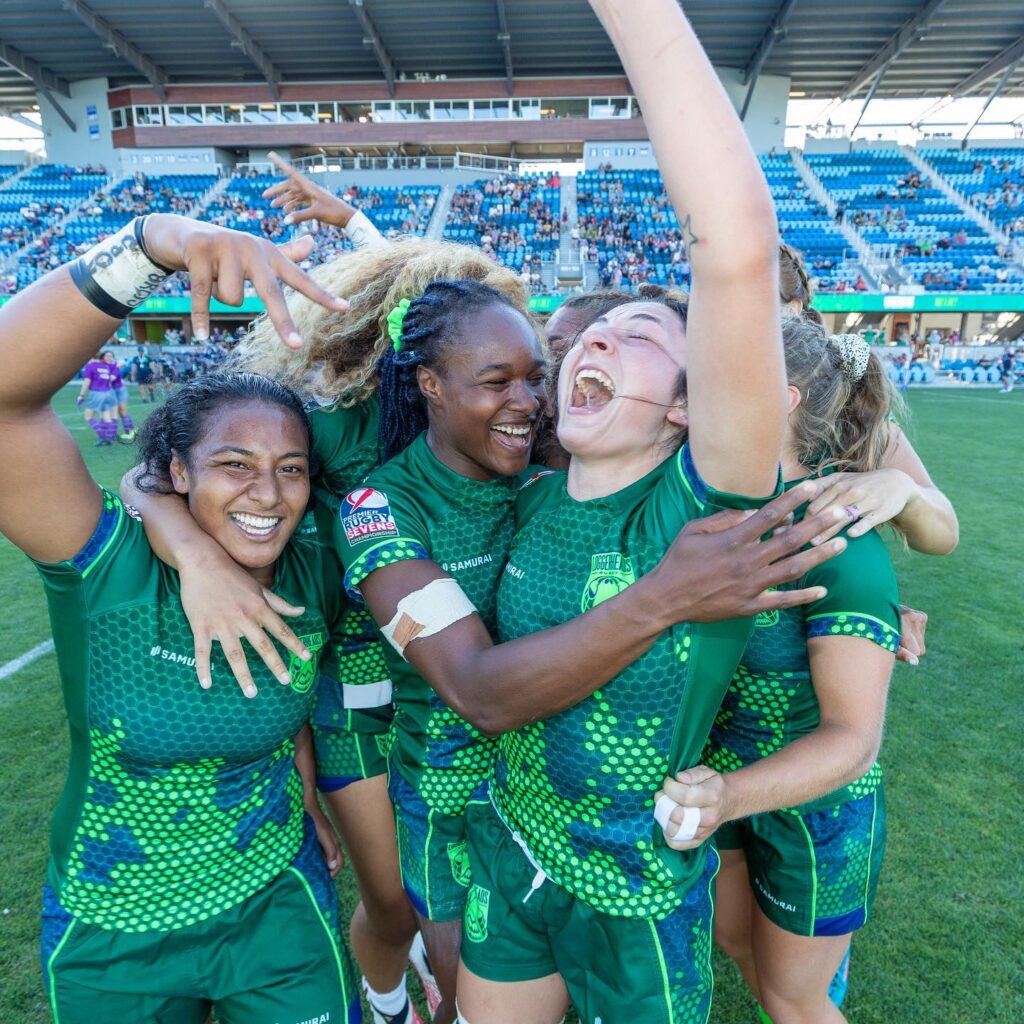