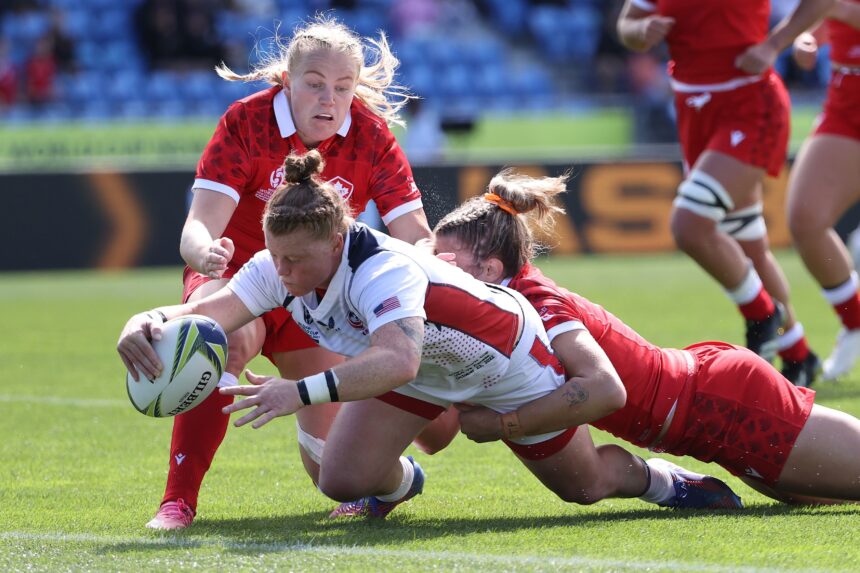 The USA Women’s National Team (WNT) lost its final pool game at the Rugby World Cup 2021, dropping Saturday’s match 29-14 to Canada. The Eagles finish third in Pool B with a 1-2 record, but have the stats to advance to next weekend’s quarterfinals … against Canada.

The USA attempted to the run the ball out of its end, and Canada captain Sophie De Goede got over the Jennine Detiveaux tackle for the not-releasing penalty. Canada kicked to touch, nailed the lineout, and marched the maul across the try line. Hooker Emily Tuttosi scored the try – and leads the tournament with six overall – for the 5-0 lead after five minutes.

“It is very good,” USA WNT head coach Rob Cain said of Canada’s driving maul. “They are one of the best catch-and-drive teams in the world. We have looked at different things to try and stop it but they are very good and very disciplined, and ultimately you have to try a few different ways to battle it. We showed that today but hopefully we can do a better job next week.”

“Yeah, we let a couple in but I also want to look back at some of those that we ghosted a few times,” USA captain Kate Zackary added. “[We] drew two different penalties – those are huge wins for us against a team that’s super clinical and sometimes undisciplined and we highlighted that today so I’m actually really proud of that. There’s tweaks but very, very positive.” 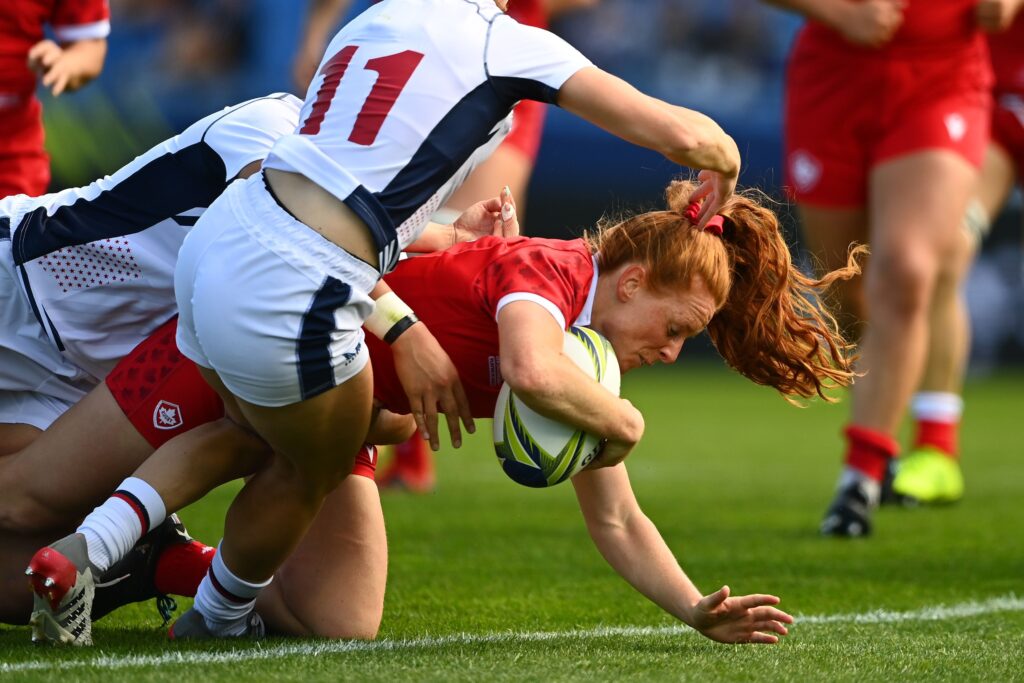 Missed tackles and then a penalty at the breakdown saw Canada attacking on the USA’s try line. After a couple of attempts, the ball moved wide for flyhalf Alex Tessier to score after 15 minutes. De Goede added the extras for the 12-0 lead.

Life followed. A not-releasing penalty allowed Alev Kelter to kick into Canada’s end and set up an attacking lineout. Jojo Kitlinski nailed the deep throw-in, and nice wide phases followed. Inside the 22, Canada’s defense shot up on Zackary and the captain managed a great offload to Kelter to keep the ball in play. The inside center handled the rest, shaking out of two defenders and pushing off the third – real power. Kelter kicked the conversion for the 12-7 scoreline after 20 minutes.

As the half wore to a close, the USA was able to hold up a Canada try, but the goal line dropkick set up a solid counter-attack that built into an overload and Paige Farries try. De Goede knocked over the difficult conversion for the 19-7 lead into the break.

Canada won the second half 10-7, putting Olivia DeMerchant (60′) and Mikiela Nelson (81′) into the try zone. Zackary split the two scores with a try at minute 71 and Kelter added the conversion for the Eagles’ seven points. Canada is now on a six-game winning game streak against the USA. 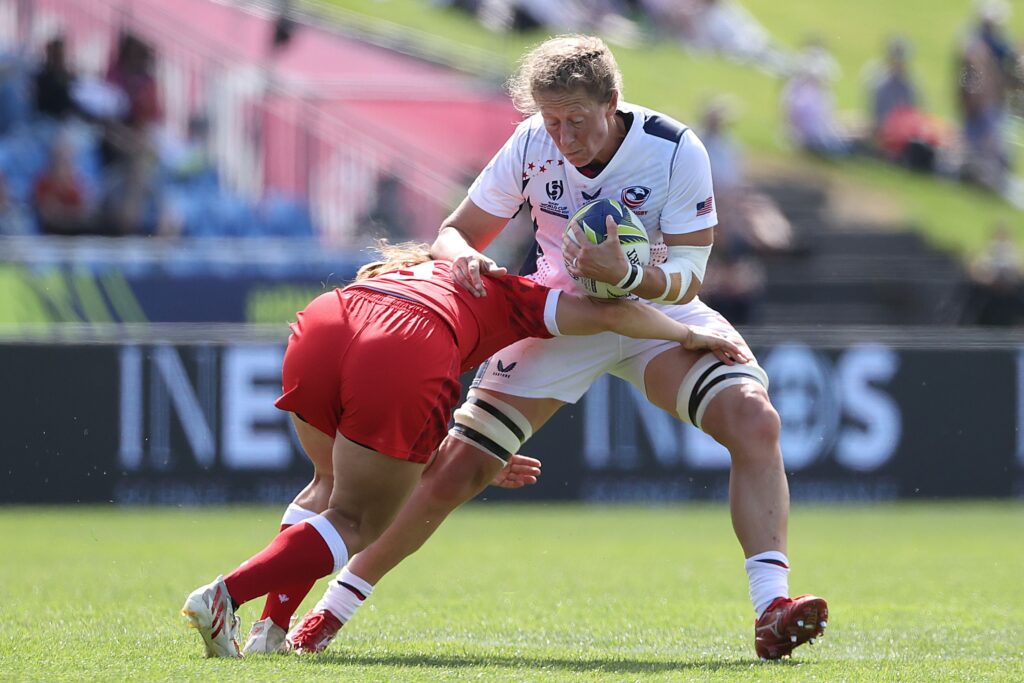 “We’ve shown a bit more each game, different elements of our game,” Cain said. “We’ve started to show a bit more with our kicking, our defense was much better today and our collision skills, so the more time we have together as a group the better we get. We don’t have a lot of time together, probably a fraction of the time some of the other teams have had in their preparation so, for us, it is all about building and we are really excited about next week.”

“It’s a tough loss to look at right now but I have a feeling when we go back and watch the film there’s going to be a lot that we’re proud of,” Zackary said. “We did really well at set piece time, that was a big focus coming in. We got the ball wide to our wings, another big focus so, while there’s that we may be unhappy with, there’s so much to be proud of. 1 to 32 this week we had a really great week building up to this.”

Despite the loss, the Rugby World Cup 2021 is not over for the USA, and even better, the Eagles will get another shot at Canada in the quarterfinals.

“Can’t wait,” Cain said of the rematch. “I am going to wake up tomorrow morning excited, the whole group is. We spoke about it straight after the game. We know we can beat Canada, we showed that today.”