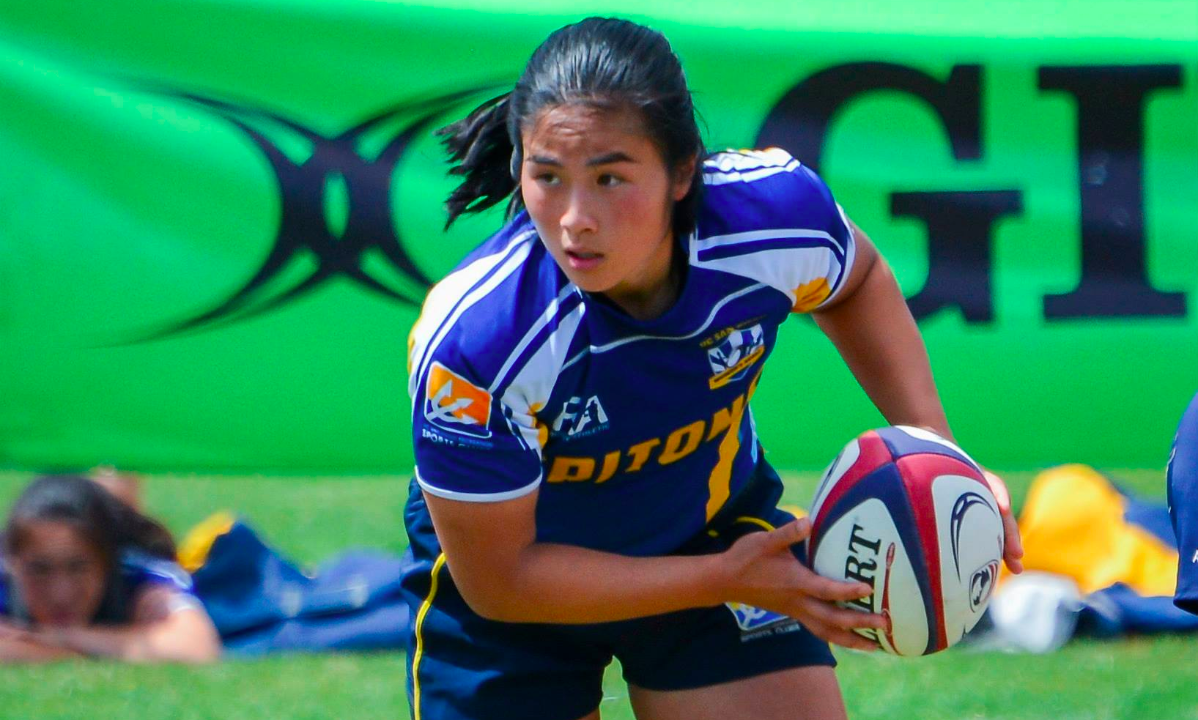 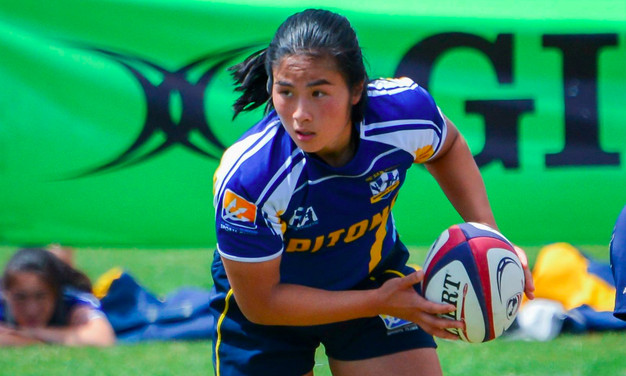 UC San Diego is 4-0 in the South pool of the Pacific Mountain Rugby Conference (PMRC), but the team isn’t even halfway done with its regular season. The PMRC South added a sixth team this year, meaning 10 league matches must be contest before the end of March. So while the Tritons are pleased with their early wins, it’s the long game with which they’re concerned.

“It’ll be interesting to see who’s still standing in March,” UC San Diego coach Kirstin Hartos said. “Coming into this season, we wanted to make sure we had lots of depth at every position – not just back-filling starting positions but making sure we can manage around injuries and availability.”

“Traditionally, we’ve had a lot of experience in the forwards and we still have high expectations for that unit,” Hartos assessed the team thus far. “New players are moving into key starting positions, and we’re asking a little more of the veterans to move around, especially in the tight five. Really pleased to see the girls be flexible and open-minded, and doing whatever they can to help the team even if it’s outside of their comfort zone.”

Second row Erika Matczenko and lock-turned-prop Cinthia Tejeda have been instrumental in the forwards’ performance. Although they’ve both battled injuries, they continue to be a strong presence on and off the field.

“Not to undersell our backs,” the third-year coach continued. “We’re starting to gel a bit there. On the whole, players are taking on more and being less coach-driven. It’s cool to see them in different situations and make decisions and adjustments on the field, instead of waiting until halftime for us to tell them.”

At the center of it all is the vocal halfback combination of Wing Ly and Di-an Duong. Scrumhalf Ly scored six tries on Saturday, and the natural leader has upped her rugby IQ in her third year at the position. Flyhalf Duong has done a great job of getting the backs organized and continues to work with new players. Her tactical understanding of the game has also increased.

UC San Diego has only played UC Santa Barbara and league newcomer CSU Northridge thus far, and this weekend’s match against 3-0-1 UCLA (which defeated Northridge 25-5 Saturday) will provide a good gauge. Ultimately, the Tritons are aiming for a return trip to nationals.

“It’s been a transition with the team,” Hartos said. “When I came on [three years ago], they had had a challenging year the year before. I think they went halfway through their season before winning a game. So it’s been nice to see the team grow in terms of expectations of their own performance. Getting to that first round of playoffs in New Mexico last year was a great experience for them. We lost to New Mexico and beat Cal, and put in two of the best performances of the season.

“Knowing that that’s possible, and that you can develop and grow from there, it’s a good motivator for them,” coach added. “They carried that into this season, and that is where they want to be at the end of the year: back at nationals.”

The pathway to nationals isn’t entirely clear yet. The PMC South champion will be named on standings points, but it’s unclear how many teams from the North, South and West pools will advance to the PMRC championships, and then how many seeds the conference will receive to DI nationals.