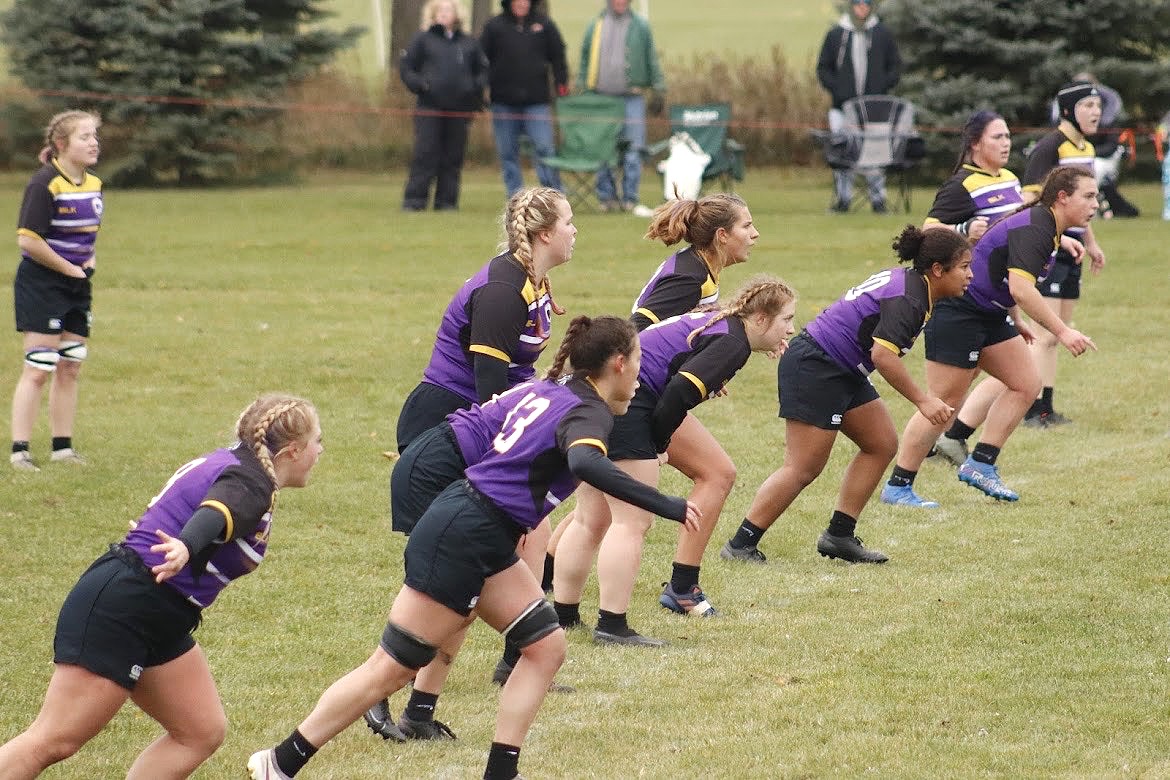 National Collegiate Rugby (NCR) is hosting its first-ever DI 15s championship this year, and this weekend will feature four very different teams in terms of program profiles and pathways to the national tournament in Knoxville, Tenn. It’s appropriate considering the variety of women’s college teams in the U.S.

The University of Northern Iowa and Notre Dame College contest the first DI semifinal at Tennessee Rugby Park (Life University and Marquette University follow), and they represent teams that want to renew their places as title contenders. UNI spent several solid years last decade as a threat, and it’s been slowly but surely regaining that stature under head coach Meghan Flanigan. The alumna addressed the team’s trajectory during the previous five years, and how important it was to stay engaged and connected during Covid: Read more. The pay-off was realized during an undefeated DI Midwest conference season. To make sure the team was ready for the regional championships, UNI first traveled to Queens University of Charlotte for some 15s friendlies.

“We give a lot of our credit to Queens and the match we played with them at the end of October,” Flanigan pinpointed a turning point for the team this fall. “That game was a big wake-up call for us and the moment we got back, we hit the ground running. The captains took initiative and held player conferences. They put their heads down, worked hard and have been grinding it out ever since.” 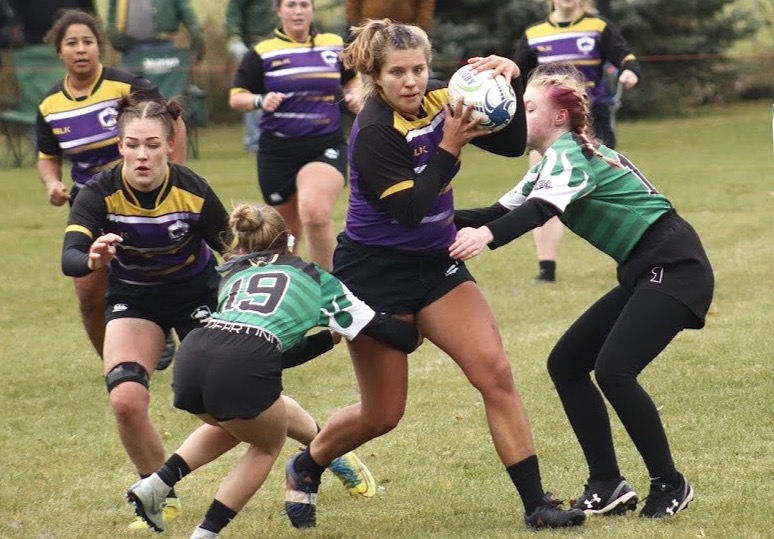 UNI reported to Iowa Falls for the regional championships. The Panthers defeated North Dakota 120-5 in the DI Round of 16, and UW Eau Claire 66-7 in the quarterfinals. UNI captain Maggie Burns described performances that were rooted in rugby intelligence, quick reactions to penalty opportunities, strong support runner, and much improved set pieces.

“Both teams matched our physicality and tested our ability to stay controlled offensively,” Burns noted. “However, we didn’t have much of an opportunity to play defense for prolonged periods of time.”

“We have the same mindset going into every game that every team we play will bring a different aspect of the game than the previous team – whether it’s more physicality, more quickness, more rugby knowledge, etc.,” Flanigan added. “It has helped us not settle into one specific tactic or philosophy but rather has helped us be better rounded with using more tools in our tool belt. Hats off to both North Dakota and UW Eau Claire. Neither of them stopped fighting and they kept up their physicality throughout the entire 80 minutes. We had to really dig deep and focus more on the smaller things so we could capitalize on the bigger things.” 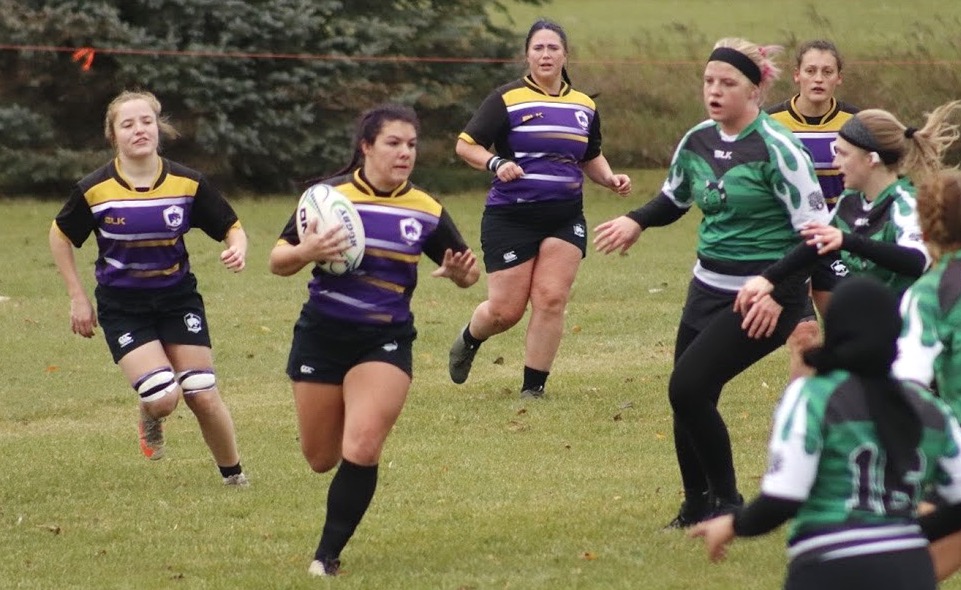 Flanigan called out inside center Burns for a standout weekend, and both hailed fullback Ciara Stanerson-Edwards’ performance on both sides of the ball. The duo was also impressed how freshman No. 8 Emma Bacon and flanker Shae Hansen stepped up and served as playmakers.

“The first thing that comes to mind is scoring tries by several players,” Burns added. “Prior to the North Dakota game, our coach, Meghan Flanigan, looked at a first-year senior, YJ Lam, and told her she was expecting a try. Part of the way through the second half, Lam scored a try after breaking a few tackles. The team went crazy.”

Notre Dame College was equally elated to be given the opportunity to compete in NCR’s post-season, as new head coach Jack Nece explained: Read more. As a former USA Rugby national champion and member of the NCAA Varsity league, NIRA, the Falcons are also working toward former heights. The Euclid, Ohio, team expected a rebuilding season this fall, but good numbers and good chemistry brought better-than-anticipated results. NDC took an at-large berth to the regional championships in Syracuse, N.Y., and in muddy, messy conditions, beat Roger Williams 39-7 in the Round of 16 and Colgate 57-10 in the quarterfinals. 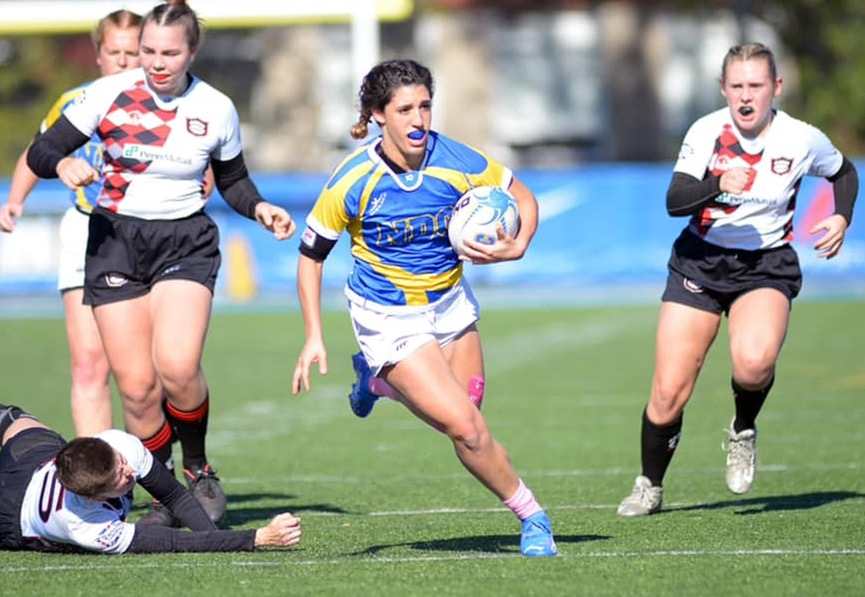 “In regards to comparative strengths, our pack in open play has made great progress of playing with ball in hand and being multidimensional,” Nece gauged the team’s strengths with the teams in Syracuse. “Additionally, we further realized that our pack is simply stronger than our opponents, and it worked in our favor in bad elements. With the pack working hard, it allowed our backs to have numbers on the outside and work in space.”

When the team returned to Ohio, it had good intel on what needed some work, and got busy in preparation for nationals.

“We got called for offsides a lot in our first game, but there was a noticeable difference in game two,” Nece explained. “Having true ARs allowed us to realize our aggressive defense was, well, too aggressive. Additionally, we were counter-rucking too aggressively while the tackler was still in the gate, resulting in a lot of hands in/not rolling away [penalties]. Both of these were addressed just through bettering our team’s understanding of the calls and why they got called.” 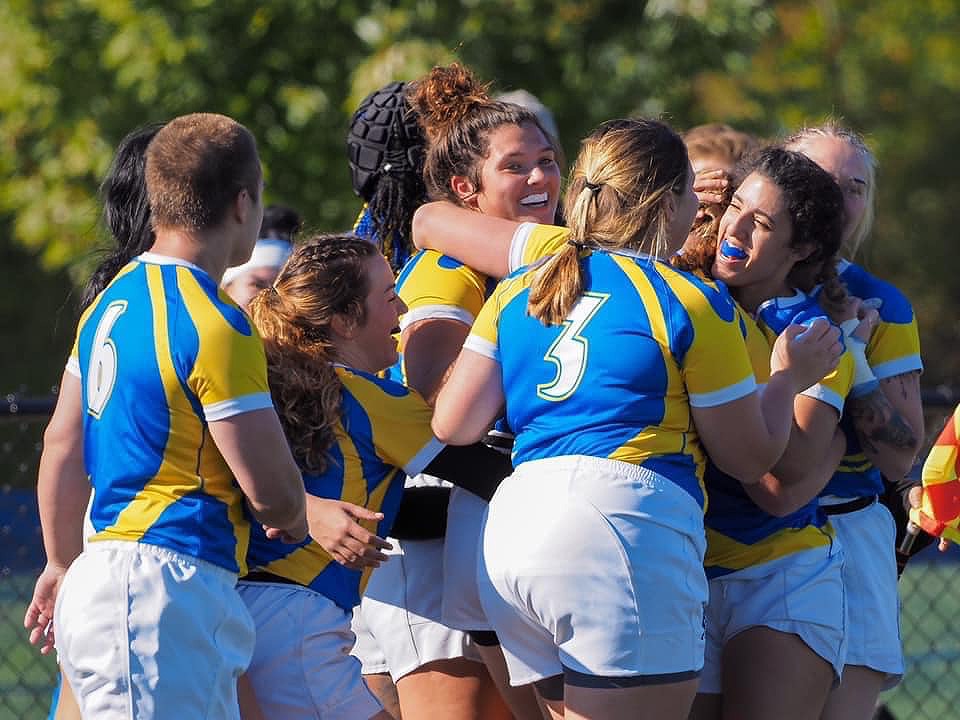 Both semifinalists are taking important steps toward program goals, and with partly cloudy, mid-60s weather ahead, expect a cracker of a match on Saturday.

“We are excited! We know it’s going to be our toughest match of the season and every point and possession will have to be earned,” Flanigan closed. “NDC has a solid squad and they have resources that we don’t have at UNI, so everything we do in preparation has to be done with extra grit and extra reps. I have full faith in this team. They’re a special group and regardless of what happens, I have never been prouder.”

Burns echoed Flanigan’s enthusiasm and noted fitness, grit and tackle completion as major areas of focus these past few weeks.

“Going into this weekend, we’ve worked a lot on ball-handling and conditioning to make sure our fitness can get us through another back-to-back series,”Nece added. “And the girls are ready.”

For more information on the NCR championships, visit the event home page.

Vassar’s Back on the Title Hunt