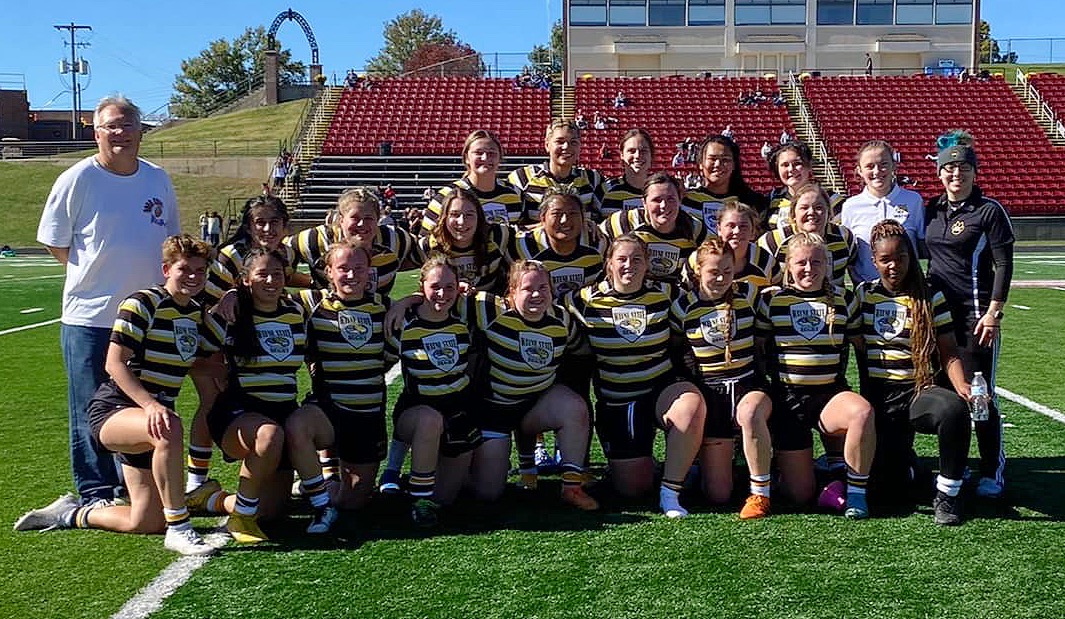 National Collegiate Rugby (NCR) is hosting its 15s national championships this weekend in Knoxville, Tenn., and reigning champion Wayne State College returns as the number-one team among small colleges. The Wildcats are the standard-setters, and it’s something the competition has come to expect, but this past fall has certainly been different for the Nebraska program.

Wayne State College doesn’t have local competition and is used to cobbling together a schedule. This fall, the team extended its travel radius even farther.

“Last semester, we discussed as a team that we should travel more to see new faces. We all agreed,” Wayne State College head coach Darrin Barner said. “We played more southern teams this year and had to bounce around more, like up to Wisconsin. We started off the year up in Minnesota for a tournament and played [MSU] Moorhead out of the gate. They’re normally a final four team, and NCR had us ranked one and two coming into the season. So that was a biggie for us.”

Wayne State College won that Moorhead match 57-0 and posted two other shutouts that weekend. That outing buoyed the team’s morale early in the season, and it was needed, as growing pains awaited. Barner had brought in MLR pro Martini Talapusi for four days to introduce a new attack structure, and it needed time to settle into the ranks.

“The new offense is about reading the field more, and to not really have a forward pack [in open play] at all,” Barner said. “It’s a sideline-to-sideline, interwoven attack between backs and forwards.

“For the first couple weeks, it was a bit difficult to adjust and get all the players to use the tools to run it,” the coach continued. “It probably went backwards a bit in September trying it. We were just thinking too much. But once everyone understood their responsibilities, it became more natural and really started to click once we got into October. It was like a new shoe, we broke it in and now it fits well and we’re running on all cylinders.”

The new attack puts forwards into more decision-making roles than perhaps they were used to, but senior co-captain Izzy Robinson is perfect for driving that adjustment. The front row not only leads the scrum but is a strong ballcarrier with an excellent pass.

“And she can make a 45-yard field goal if we need her to,” Barner said. 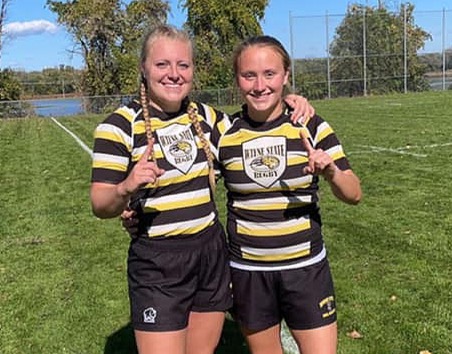 Fellow senior co-captain Lauren Nelson is leading the backs. Nelson showed really well at CRC 7s (where WSC finished third behind the two DI Elite teams) and was selected to the NCR all-star team that competed at ARPTC’s Falcon 7s.

“Lauren’s had a very successful 7s career,” Barner said. “She’s a great example of a small-town Nebraska girl whose athleticism has seen her crossover to rugby successfully. She’s blossomed in the back line.”

As the season evolved, freshmen like Portia Jones from Iowa started to emerge as big contributors. The Des Moines East product is an alumna of the Iowa Hawkettes high school all-star program and the front row “brings the power game to the middle of the field,” per Barner. The coach is grateful for this quality talent, especially as the roster sits a little lower after the pandemic decimated the sophomore recruitment class.

Wayne State College played Central Missouri, Pitt State, Mid-America’s college all-stars, UW La Crosse All-Star college team and Univ. Iowa, all to big wins. The Nov. 14 match against the Hawkeyes was an important one, as the Wildcats were awarded byes through the regional championships (Round of 16/8) and thus advanced directly to the national semifinals. The DI Big 10 team added the late fixture to their schedule so the Wildcats could fill those lost matches with some field time, and Wayne State College was very grateful for the accommodation.

“They’ve been training hard, and they do some things completely on their own,” Barner said. “I’ve let the seniors handle some practice planning and strategy theory because they’re just smart, and I can fully trust them to run some things. They’re very dedicated. They made the commitment to return to Wayne [last] Saturday to have practices here, because it’s a short week before we depart for Knoxville.”

On Wednesday, Wayne State College will board the charter bus for a 16-hour trip to Knoxville. On Saturday, the Wildcats will face Northern Michigan in the NCR Small College National Championship semifinals. The Great Waters conference champion also received a bye through the Round of 16 and then beat Moorhead 74-19 in the quarterfinals to advance to its first-ever national tournament.

“We’ll have our hands full against Northern Michigan,” Barner said. “I’m hoping we can hang on and limp on. It would be nice for the seniors. They came into school as freshmen and won a national championship, so it’d be a great way to end their careers here having one on the way out.”

Depending on Saturday’s results, Wayne State College will face either SUNY Cortland or Lee University on Sunday.

For more information on nationals, visit the event home page.