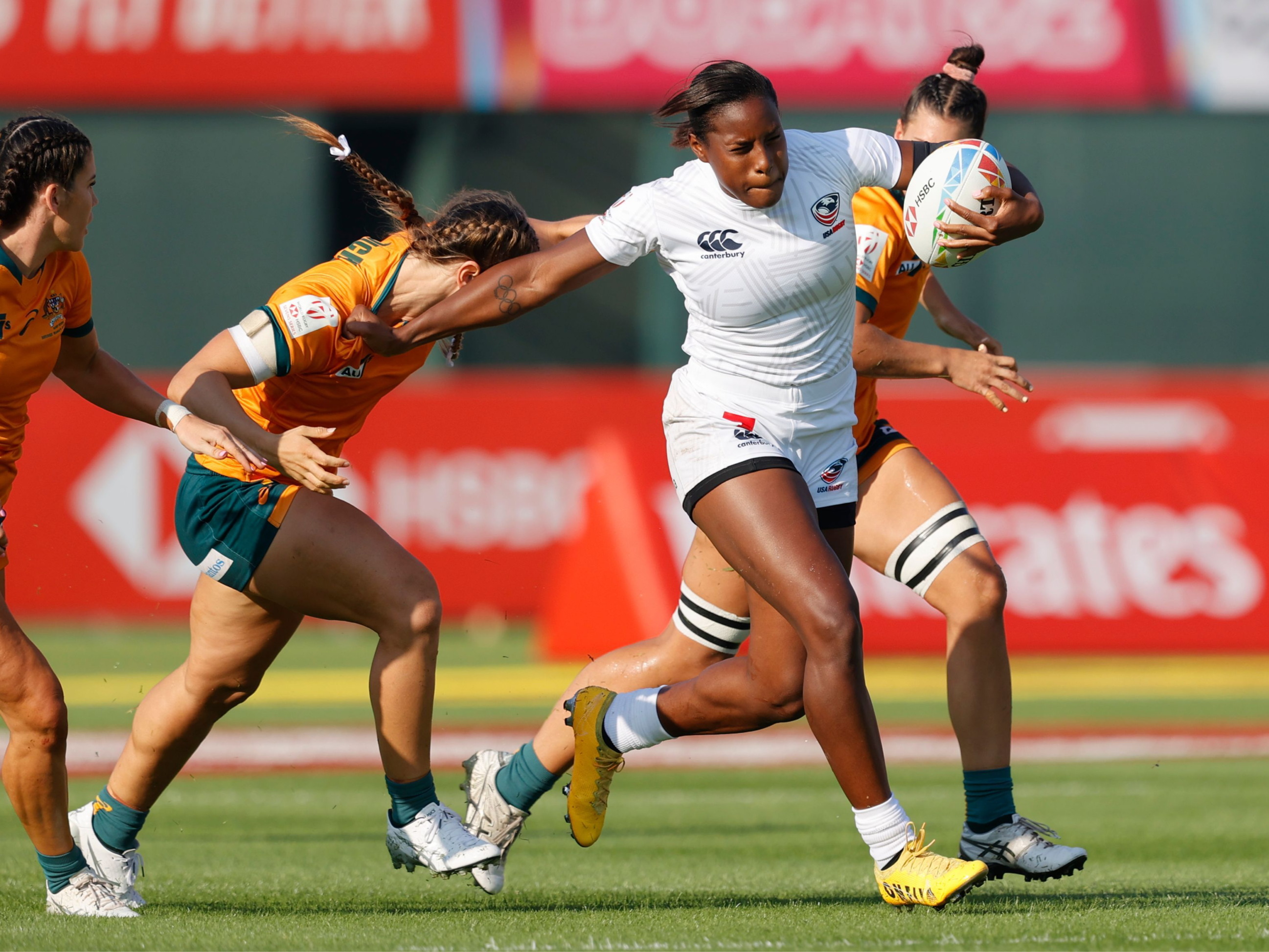 The 2021-22 HSBC World Rugby Sevens Series began with the first of two tournaments in Dubai. Ten women’s teams featured in the Nov. 26-27 kickoff event, culminating with Australia’s first gold medal of the circuit. The USA finished 3-2 overall and beat Canada in the 7th place match.

The 10 teams were divided into two pools of five. Every team played their four pool opponents and then funneled directly into the final placing round. In Pool A, the USA was grouped with Australia, France, Spain and Brazil. 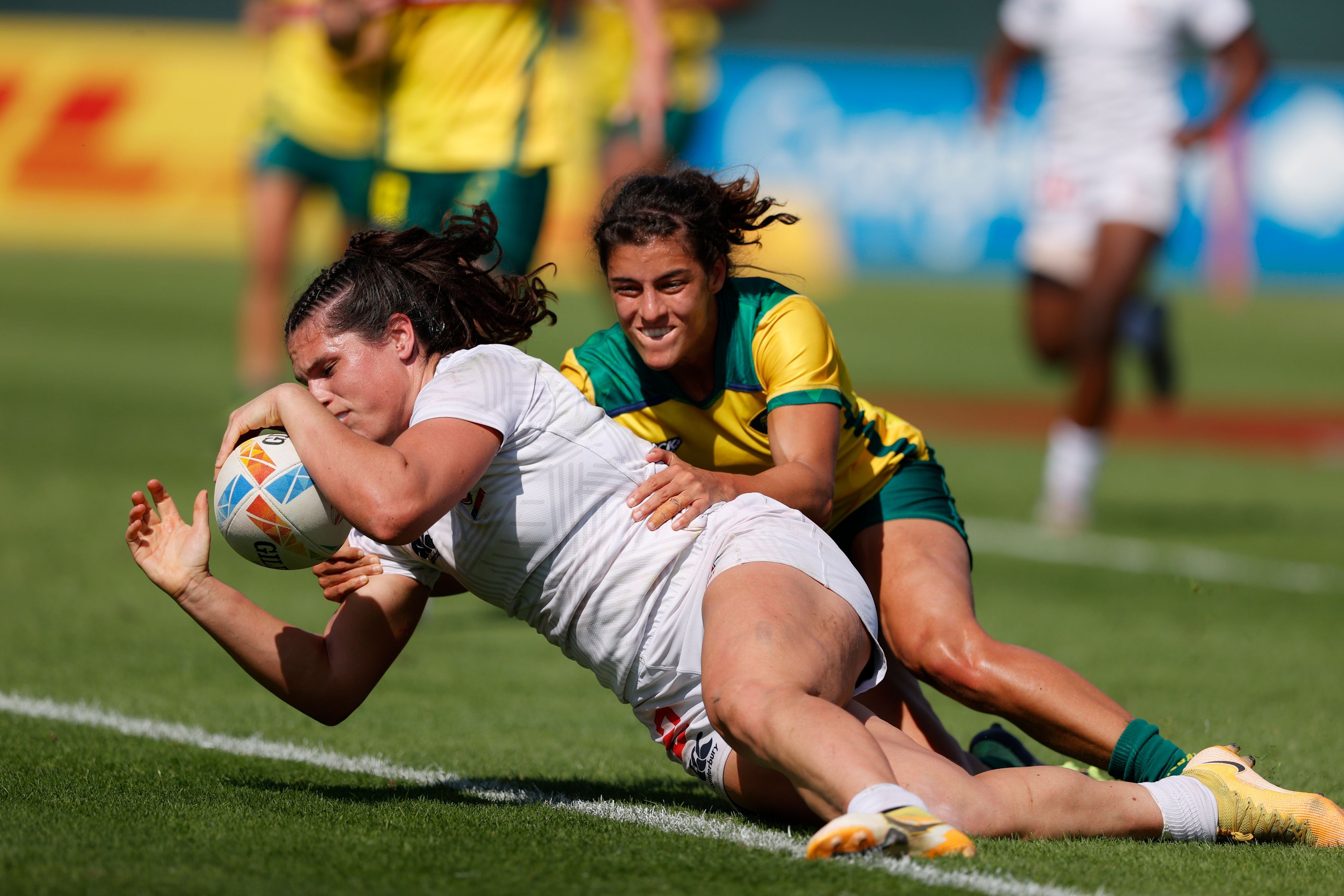 Emilie Bydwell made her debut as new head coach for the USA Women’s 7s team. And the initiation began with a 45-5 loss to Australia in round one. Six players scored the Aussies’ seven tries, and Ilona Maher, who earned her first USA 15s cap during the Eagles’ fall test series, prevented the shutout with a try in minute 12.

The Eagles responded nicely in round two against France. Les Blues logged the game’s opening try, and then three-straight scores from Maher, Kris Thomas and co-captain Abby Gustaitis provided a nice lead. France did answer through Anne-Cecile Ciofani and Valentine Lothoz, but a second Maher try and two Alev Kelter conversions provided the 24-19 win. 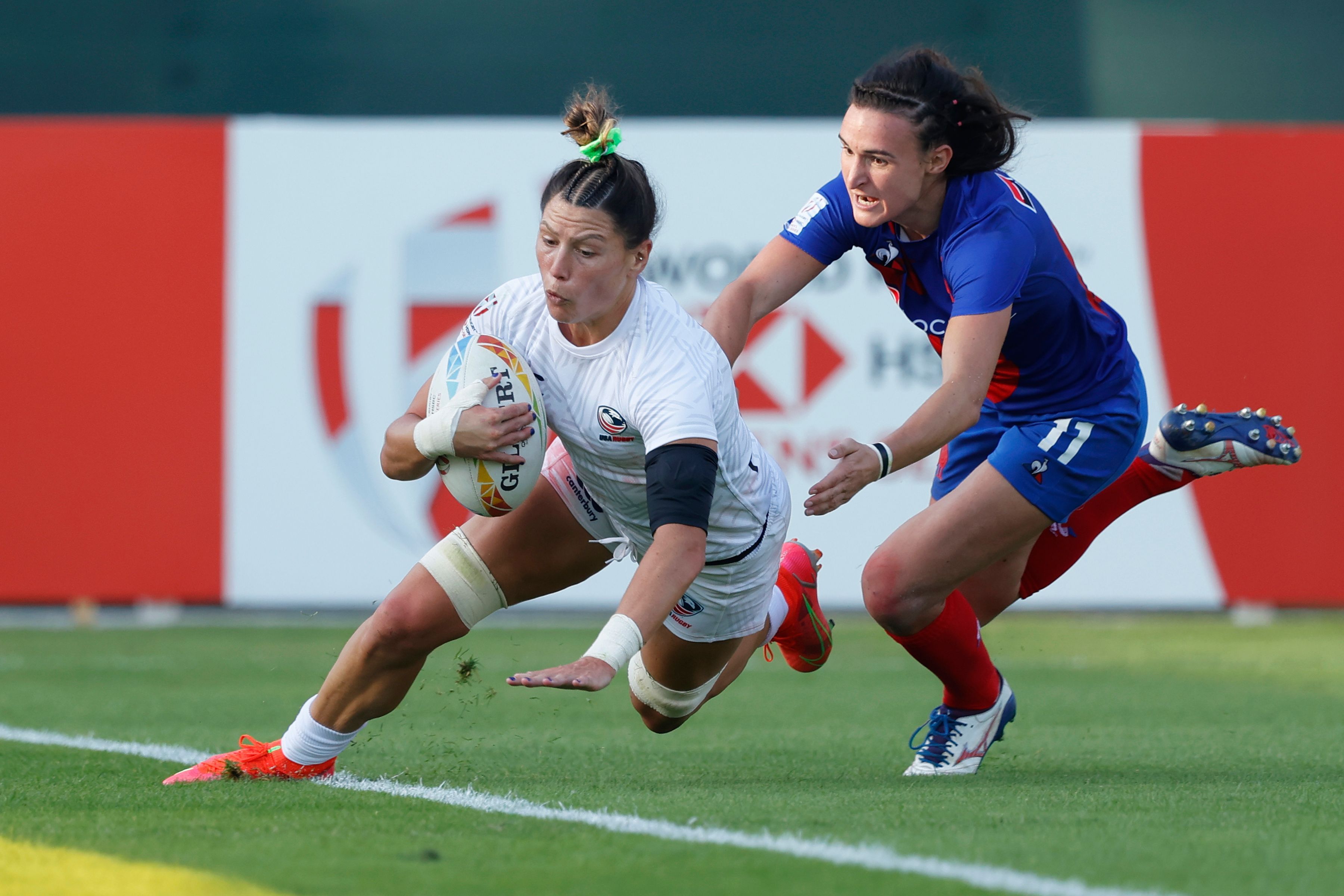 The U.S. took a 10-0 lead against Spain as Jaz Gray crossed for two tries, but then Silvia Morales and Paula Requena matched those tries in the second half. Amalia Argudo added a conversion for the 12-10 lead. Naya Tapper then scored in the 12th minute and Alena Olsen’s conversion provided a 17-12 edge that held to full time.

Against Brazil, the whole first half nearly elapsed without a score but Thalia Costa’s try and Raquel Kochhann’s conversion put the South Americans ahead 7-0 at the break. Kelter and Maher scored to give the USA a 10-7 lead but then Costa came through with a final try in referee’s time, providing Brazil the 12-10 win. The victory marked the first time Brazil had ever defeated the U.S. 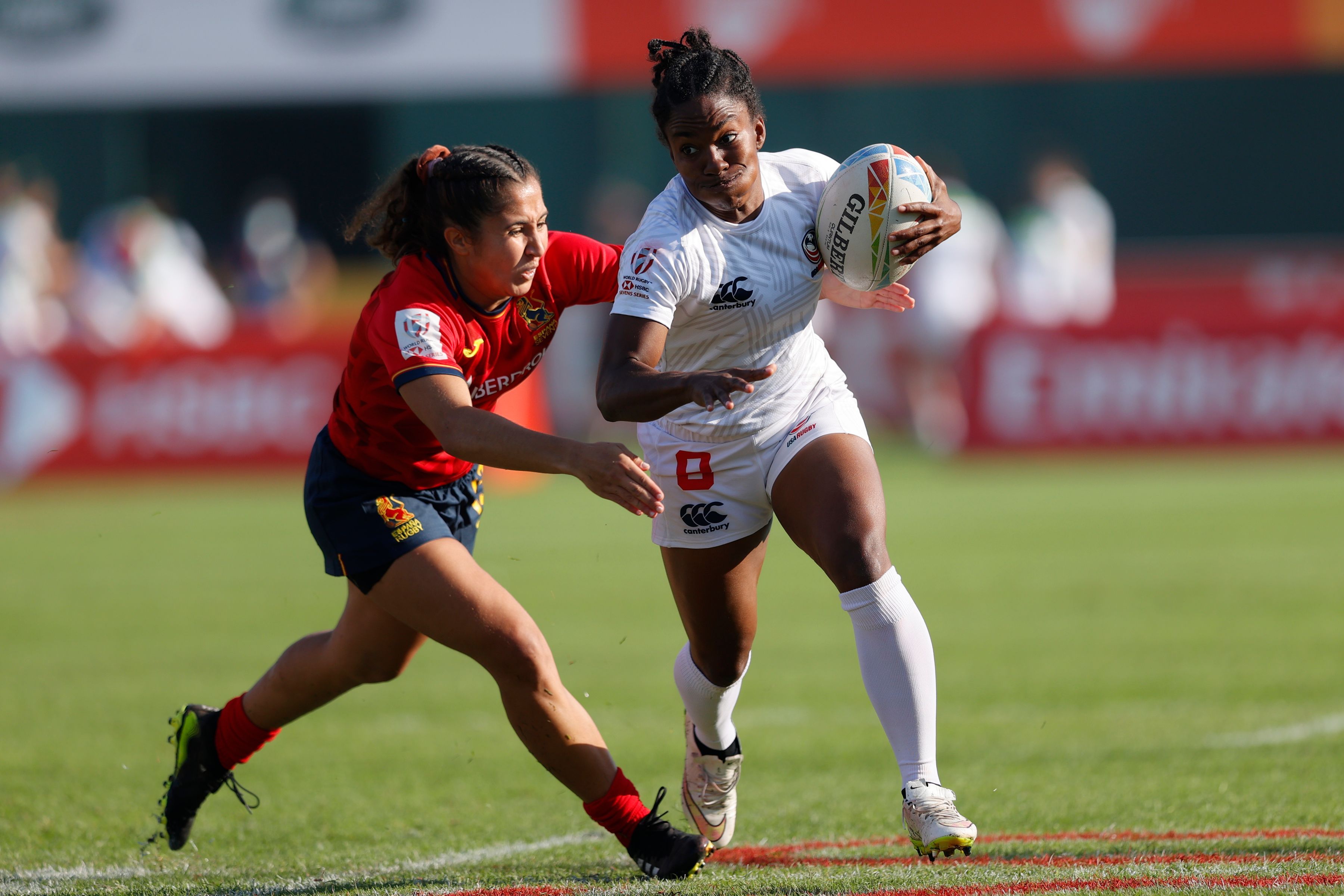 Canada went 1-3 in Pool B and took the first lead of the 5th place game against the U.S. with an Olivia De Couvreur try. Breanne Nichols converted for the early 7-0 lead, but then the Americans found their step and put Alex Sedrick and Tapper, twice, away for tries. Co-captain Olsen added a conversion for the 17-7 win and 3-2 tournament record. 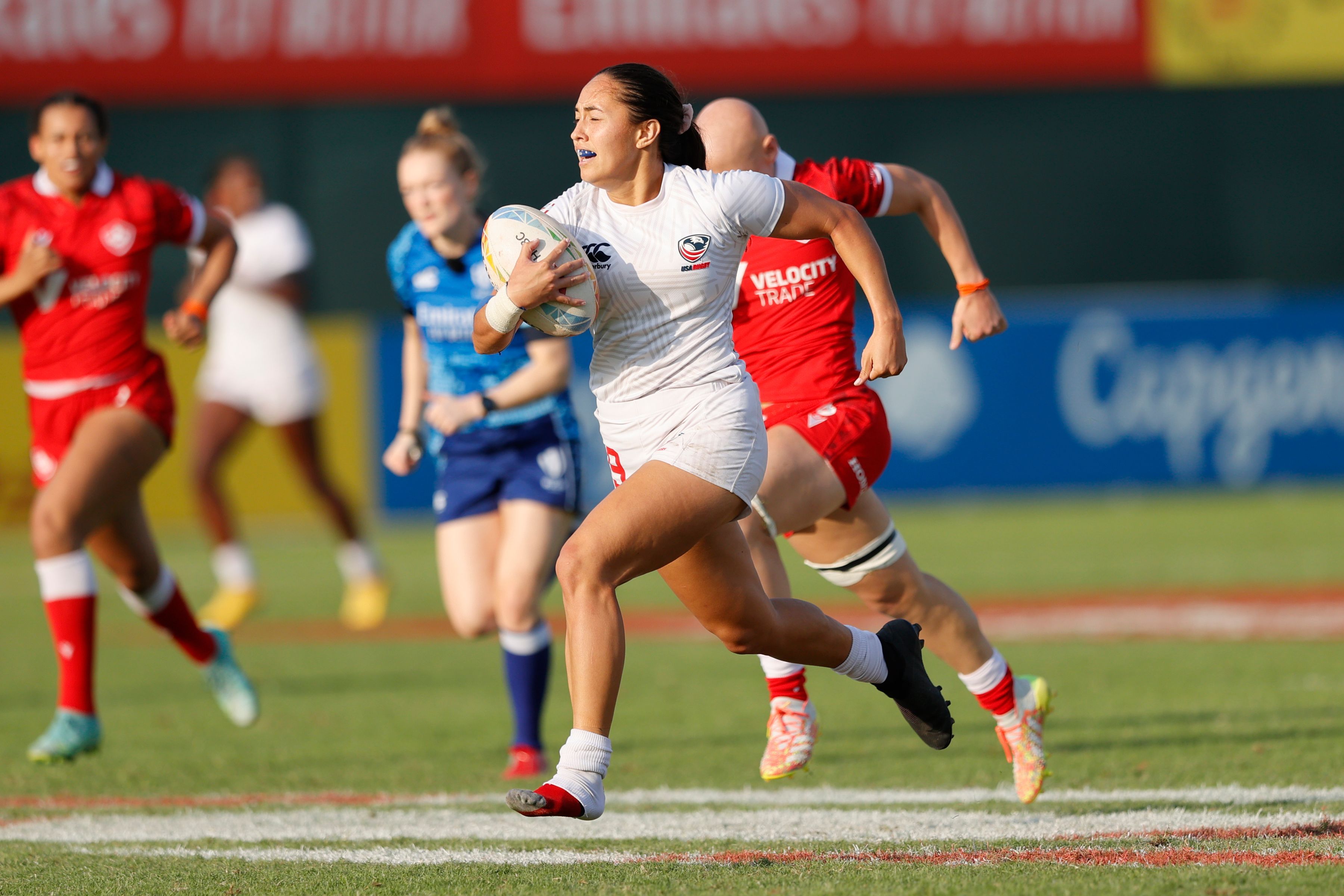 This first tournament provided great intel into how the veterans and newcomers are coming together on the pitch. The same 10 teams will reassemble for the Dec. 3-4 reboot, and the results from last weekend have reshuffled the groupings. Pool A includes Australia, Russia, Brazil, Canada and Spain. Pool B is Fiji, France, Great Britain, USA and Ireland.

Palmer Gets 2nd Chance at Nationals