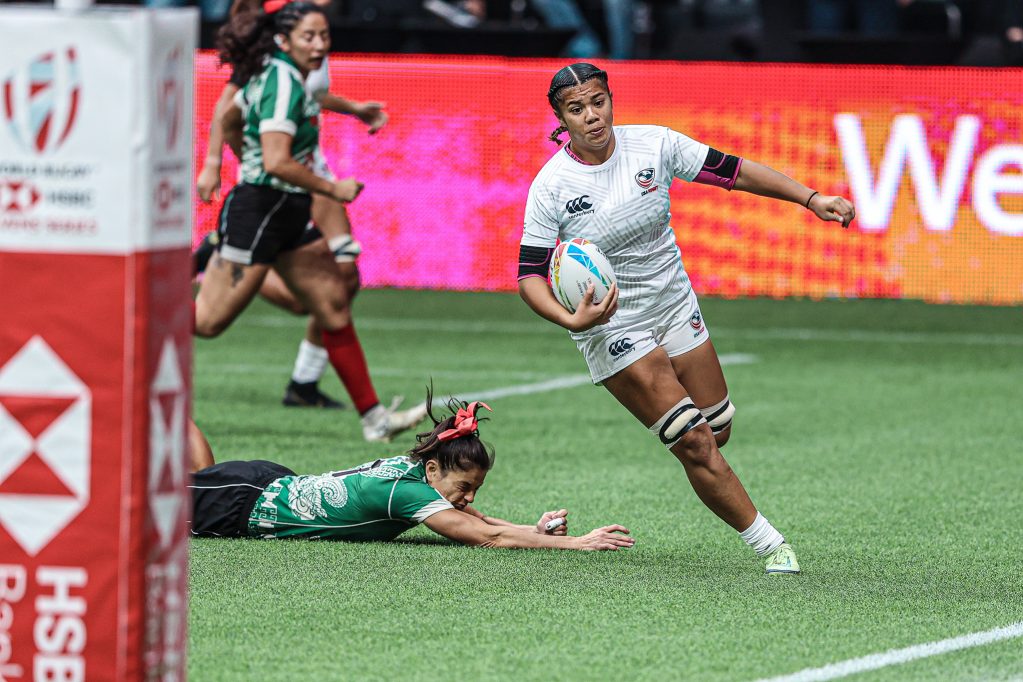 USA RUGBY – For the first time since the pandemic, the women’s HSBC World Rugby Sevens Series will return with an expanded slate of seven tournaments through 2022. Matches will be broadcast LIVE on NBC’s family of networks with exact location to be confirmed in the coming weeks.

Led by Emilie Bydwell, the USA Women’s 7s National Team features a squad with returning Olympians and six youngsters as the program begins its march toward Rugby World Cup Sevens 2022 in Cape Town.

“This tournament will present an opportunity for new faces to show what they can do on the World stage, and for our experienced players to take the lead and set the tone for the next chapter in the team’s journey.

“The learnings from the Olympics have informed the foundational work that has been done over this initial preparation period and these tournaments will give us a valuable measuring stick to inform our World Cup campaign plan.

“As a group we will define ourselves through our support, intent and connection; celebrating the moments where we feel we threaten as a unit both on attack and defense.

“It’s been a pleasure to have Zack Test join us over this period, he has been integral in the early development of our tool box and in exploring how micro details can have significant impact on the opportunities we see in the game.”

Following the Tokyo Olympics, the USA Women took a group of new players to Fast Four tournaments in Edmonton and Vancouver, held alongside the senior men’s World Series. The United States were runners-up in both events, losing only to Great Britain, after boasting strong performances across both weekends where new talent shined. Jaz Gray, Summer Jones and Salote Tausinga had breakout moments throughout both events, underpinned by strong displays of support play and physicality within the group.

Overall, the U.S. played well against Mexico, winning all its encounters with high margins while proving resilient to beat Canada in several tight contests and draw once.

Vancouver and Edmonton proved to be strong platforms for new players to get a taste of the World Series environment with the likes of Mexico, Canada and Great Britain.

Dubai marks the opening round of the 2022 HSBC World Rugby Sevens Series which, for the first time since the pandemic, has returned for a full slate of events. This year features 10 men’s and 7 women’s tournaments — an increase from 6 women’s stops in 2019. All events culminate in the quadrennial Rugby World Cup Sevens taking place in Cape Town next September.

While the recent Tokyo Olympics gave teams a platform to perform at the highest possible level, the upcoming World Cup delivers a similar landscape for new talent; almost as a bridge between the World Series and Olympic Games.

Because rugby sevens has a uniquely unforgiving nature, using the World Cup as a stepping stone allows young players to be challenged in different ways; also forcing experienced seniors to evolve as leaders across varying degrees of pressure.

Placement matches begin as early as 6:51 AM ET on Saturday.