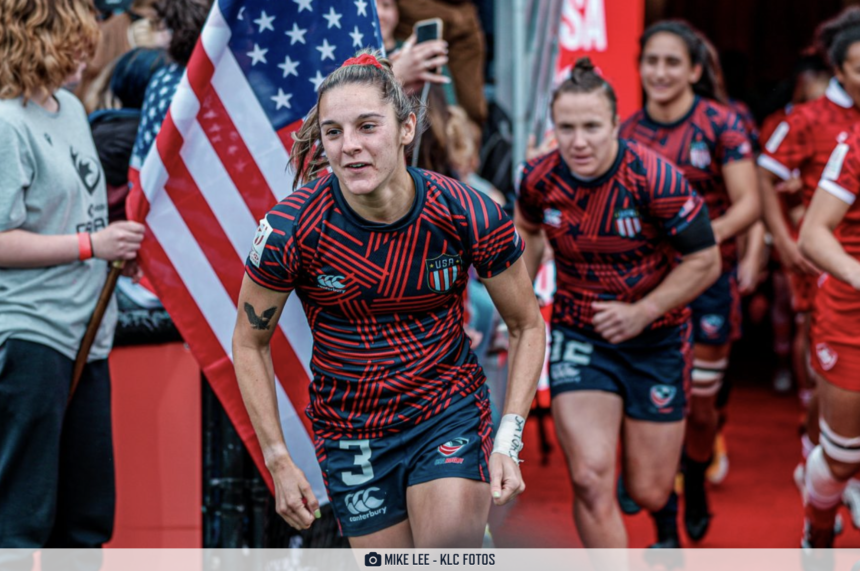 USA RUGBY – The USA Women’s Sevens have one tournament remaining on the 2022 HSBC World Rugby Sevens Series and are currently sitting in third place in the overall rankings. With the final stop in Toulouse, France, this weekend, May 20-22, the United States have four points to make up against host France in order to climb into the silver medal position by season’s end. If the squad can do so, it would tie the second highest HSBC World Rugby Sevens Series finish in program history, having finished second during the 2019 season. Head Coach Emilie Bydwell has selected 14 players to the traveling roster for Toulouse.

Last Tournament | HSBC Canada Sevens
Coming out of the gate fast following a lengthy hiatus from the series, the United States did well to bring tempo on day one in Langford, tallying two strong wins over Fiji and England. The USA had an opportunity to see Olympic gold medalists New Zealand in their second pool match, and while it was a frustrating loss for the Eagles, it served as a critical checkpoint for the team and offered key learnings to build off of in France. The USA advanced to the cup quarterfinals and due to costly errors in the final two minutes, lost their lead to Ireland and were out of podium contention. Add in a win over Spain and a gritty loss to host Canada to complete the day and the Women’s Sevens left Victoria Island with a sixth-place finish. Looking ahead, Bydwell puts focus on re-securing team attack as a unit, and not breaking into individual play when in possession. Both day-two losses came down to thin margins, where small improvements will make the world of difference on the scoreboard going forward. 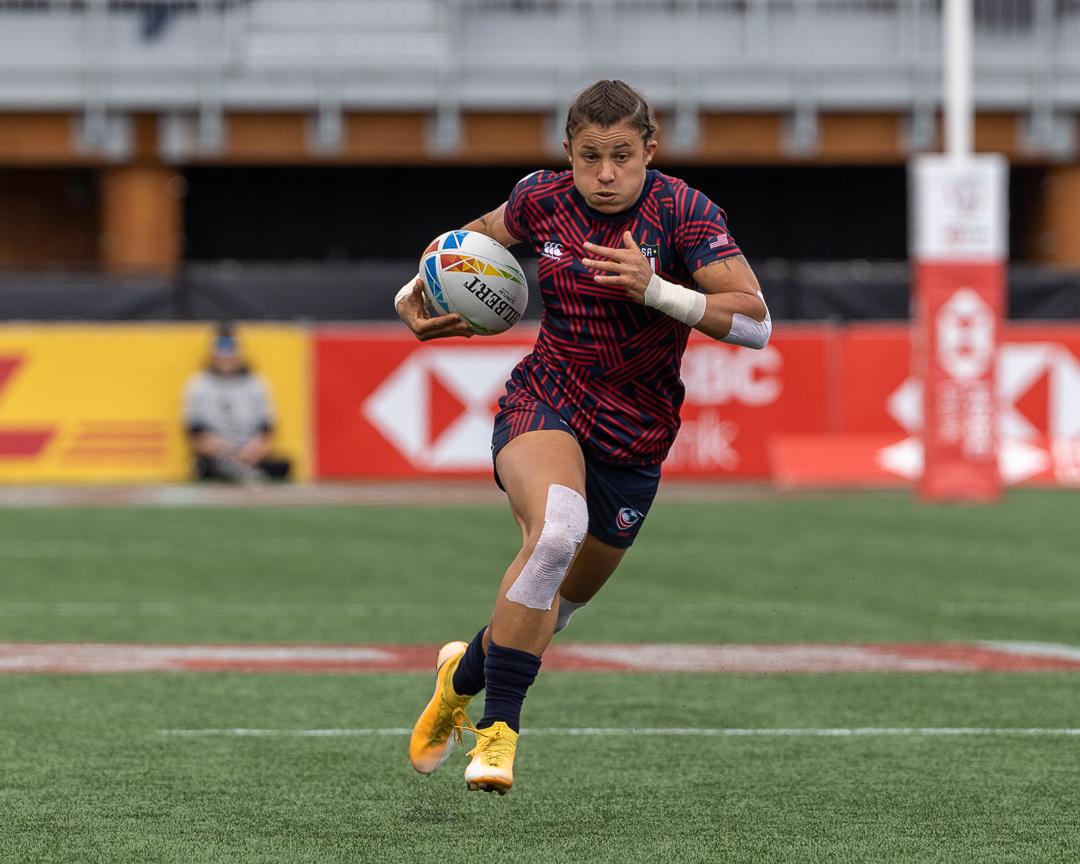 France Sevens Preview
The last time the USA Women’s Sevens played an HSBC World Rugby Sevens Series tournament on French soil, they captured their first ever cup final championship in Biarritz, June of 2019. They’ll look to recapture that moment going up against Fiji, South Africa and 2022 series champion Australia in Pool A. South Africa are the invitational team at this stop, and while underdogs to the USA, will still require full attention as anything can happen in sevens rugby. Fiji will be another exciting match up after the thriller in Langford. The USA will however have to contain rising star Reapi Ulunisau, who topped the DHL Impact Player list in Canada and has scored 13 tries in 16 games this year. Lastly, Australia. The Aussies have already secured the 2022 title and present a challenge as this game will be the first on day two of the three-day tournament, shifting from the traditional cadence of three matches per day. With Toulouse being a Men’s and Women’s combined tournament, competition spreads over three days and includes longer than traditional breaks in between matches. 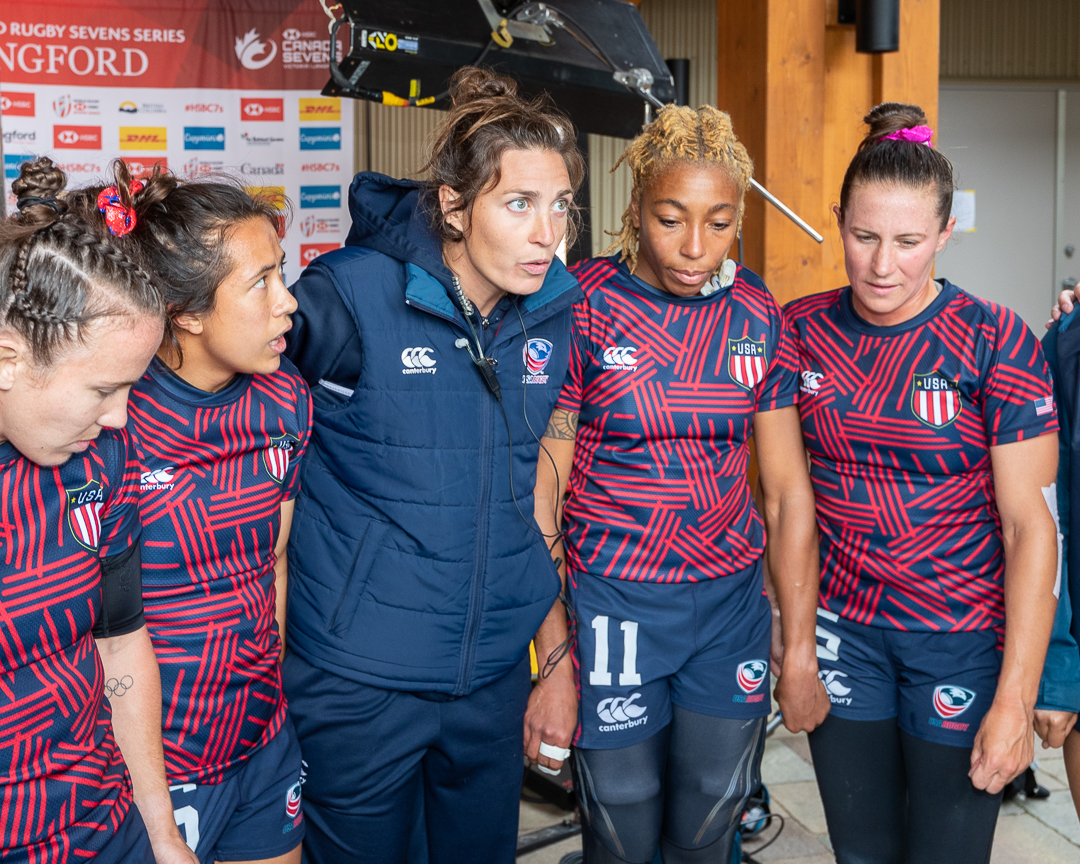 Head Coach Emilie Bydwell’s comments on the upcoming tournament:
“We were definitely frustrated coming out of the Langford tournament, where we fell short of our goal to compete in the semifinals. However, there was no better time to experience these frustrations as a group and it gave us the opportunity to look at ourselves, what we are capable of and what habits and mindset is required to consistently play to our potential as a unit.

“Luckily, we didn’t have to sit with our frustrations for too long and were able to get straight back onto the training park and work through key areas we identified throughout the Canada weekend. We are happy with how the players and team have responded and adapted over the last two weeks and looking forward to the weekend when we have the opportunity to test ourselves again in another very difficult pool.”

Placement rounds begin as early as 9:30 AM ET on Saturday

Palmer College Gets its Nationals Shot