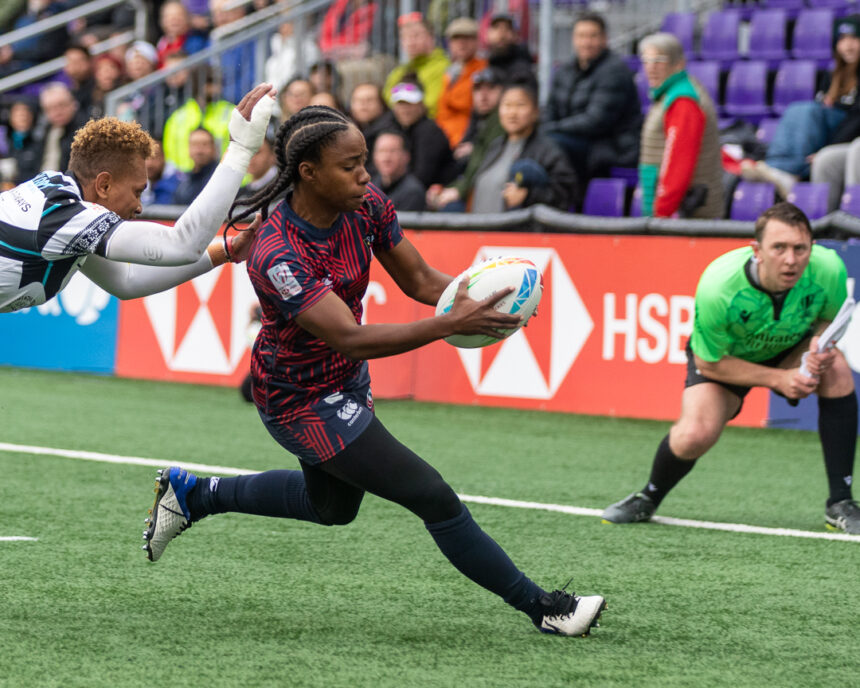 The HSBC World Rugby Sevens Series has restarted after a months-long break, and the field has reassembled in Langford, B.C. for the Canada Women’s Sevens tournament. The USA Women’s 7s team opened up pool play with a 20-19 win against Fiji, and will retake the pitch at 12:34 p.m. PT against New Zealand.

The first half was played in Fiji’s end, and the USA made good use of the territory and turning Fiji’s mistakes into points. A minute in, Kayla Canett sent a lovely long pass to Kristen Thomas, who fended, stepped and shook out of three defenders for the corner try.

Fiji then bobbled the restart and the Americans were able to recover the ball. A USA knock-on set up a Fiji scrum on its 30 meter, but a bouncing pass allowed Jaz Gray to scoop it up for another attacking chance. A high tackle penalty on Canett saw the ball move to Ilona Maher crashing through the middle, and then the recycle returned to the prop for the try, 10-0.

With the halftime whistle already gone, the Eagles added one more score, and it was a nice, long-phase try. Maher, Cheta Emba and Thomas made good meters forward to eventually open space for Canett on the sideline and try: 15-0 into the break.

Fiji responded in the second half. A penalty in the tackle put the ball in Fijiana’s hands, and then Reapi Ulunisau cut across Sarah Levy sliding over for the long-range try. Lavinia Cavuru converted for the 7-0 lead. The restart was knocked on, and from then Fiji picked from the attacking scrum and popped the ball to Alowesi Nakoci for the quick try: 15-12 and tons of time to play. 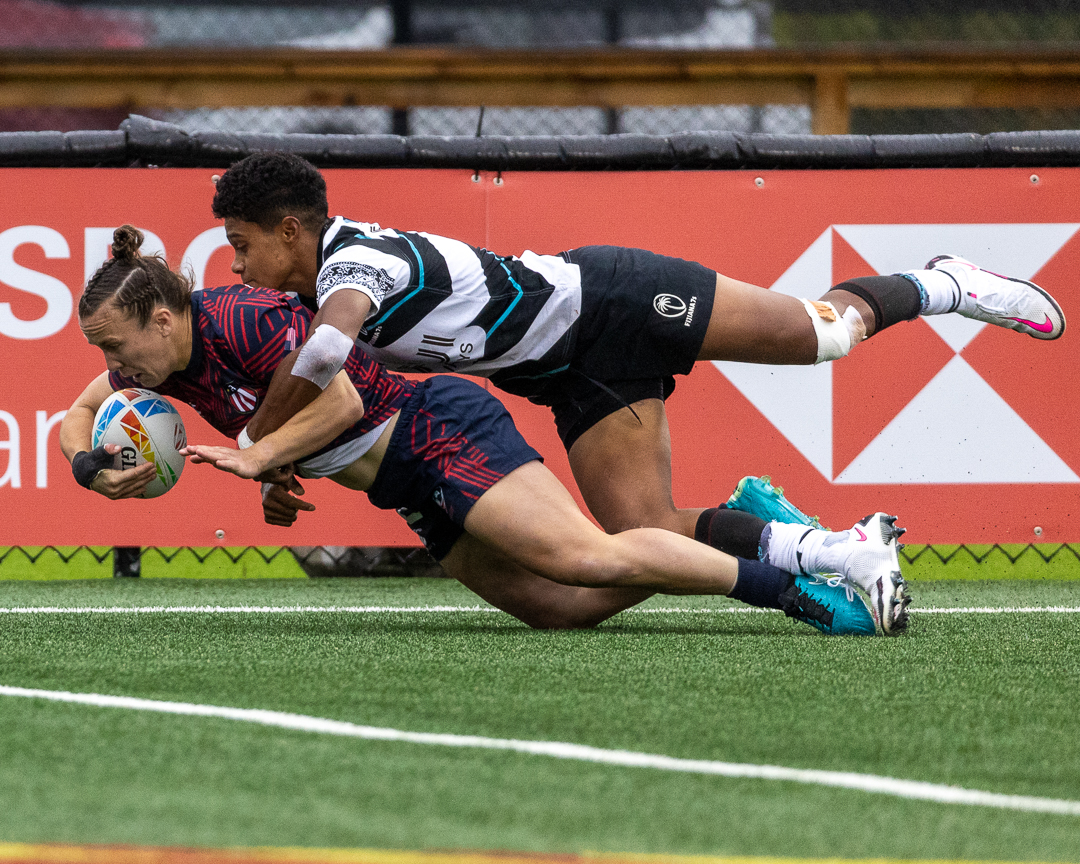 Fiji’s next restart was just short of 10 meters, and Maher did well to work the defense and relocate play to Fiji’s 25. The ball worked the other way to Levy, and then Kristi Kirshe did well to retain possession on the two meter. The team shipped the ball to the opposite corner for Gray to score: 20-12.

There were still more than two minutes to play and Fiji didn’t hesitate to play the restart that was short of 10 meters. The U.S. defense collapsed in the mid-field and offload made it to Nakoci for the centered try that Viniana Riwai converted: 20-19 to the Eagles.

Fiji sent the final restart deep in hopes of a turnover and one more attacking opportunity, but Lauren Doyle did well to take a switch and shimmy through the defense to relieve some pressure, and Alena Olsen kicked to touch as soon as time expired.