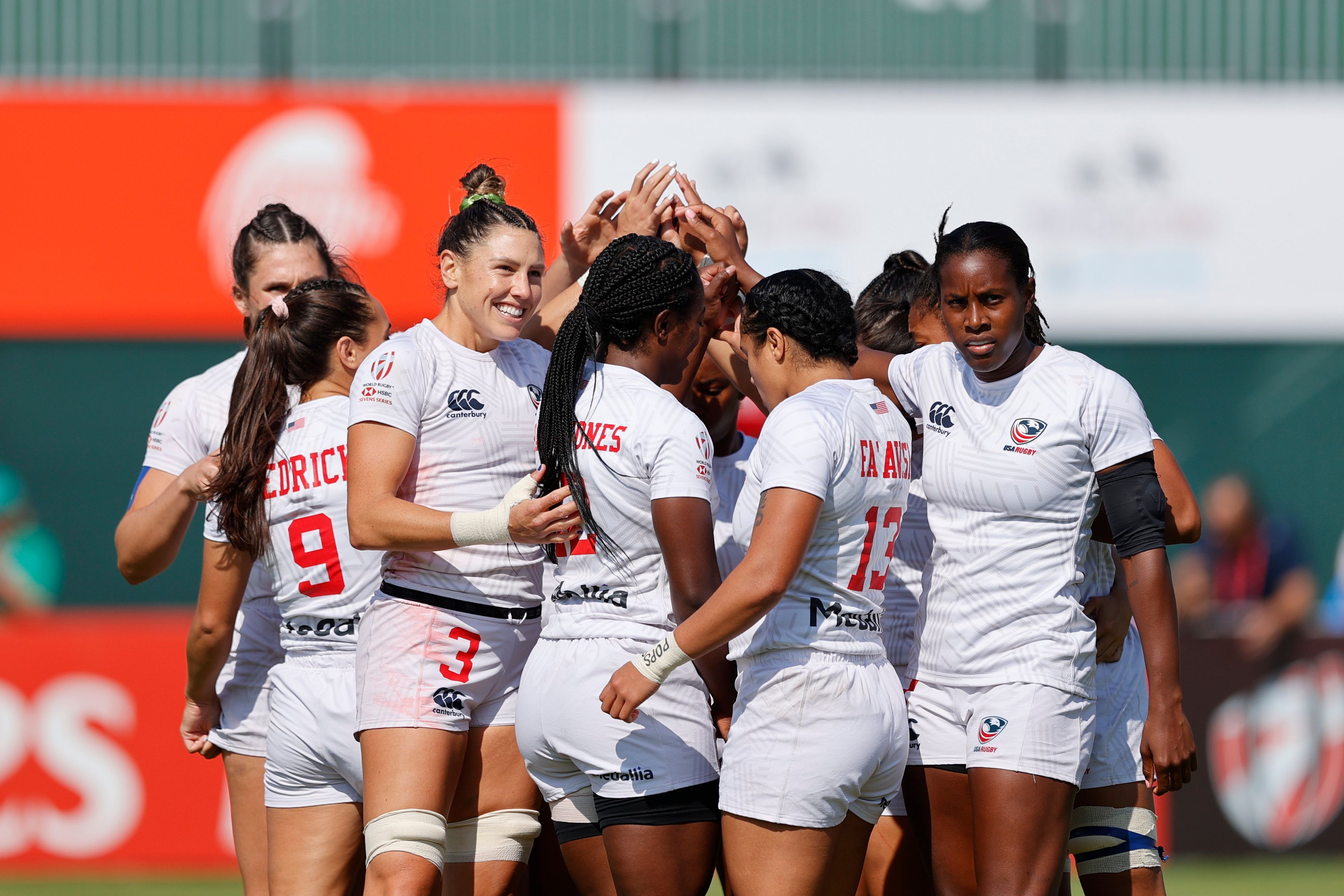 USA RUGBY – The USA Women’s Sevens National Team claimed fifth-place in the second of two back-to-back weekends in Dubai. Following a 7th Place result last week, the United States showed lots of overall improvement in what was an up and down weekend, in terms of results, through all five games.

Overall, the USA Women are playing with a young and exciting team. The squad welcomed six new caps over two weekends in the first formal World Series for women since the pandemic. This, paired with the return of experienced seniors, saw improvement across the board.

The USA Women finished 2 places higher than they did in their first outing last weekend (7th vs 5th) also defeating Great Britain for the first time since before the Olympic Games. Youngsters in the group faced GB at Edmonton and Vancouver Fast Four events while experienced seniors were heartbroken by a Quarterfinal loss to their counterparts in Tokyo. Together the group created a massive margin of difference in a 40-17 win. 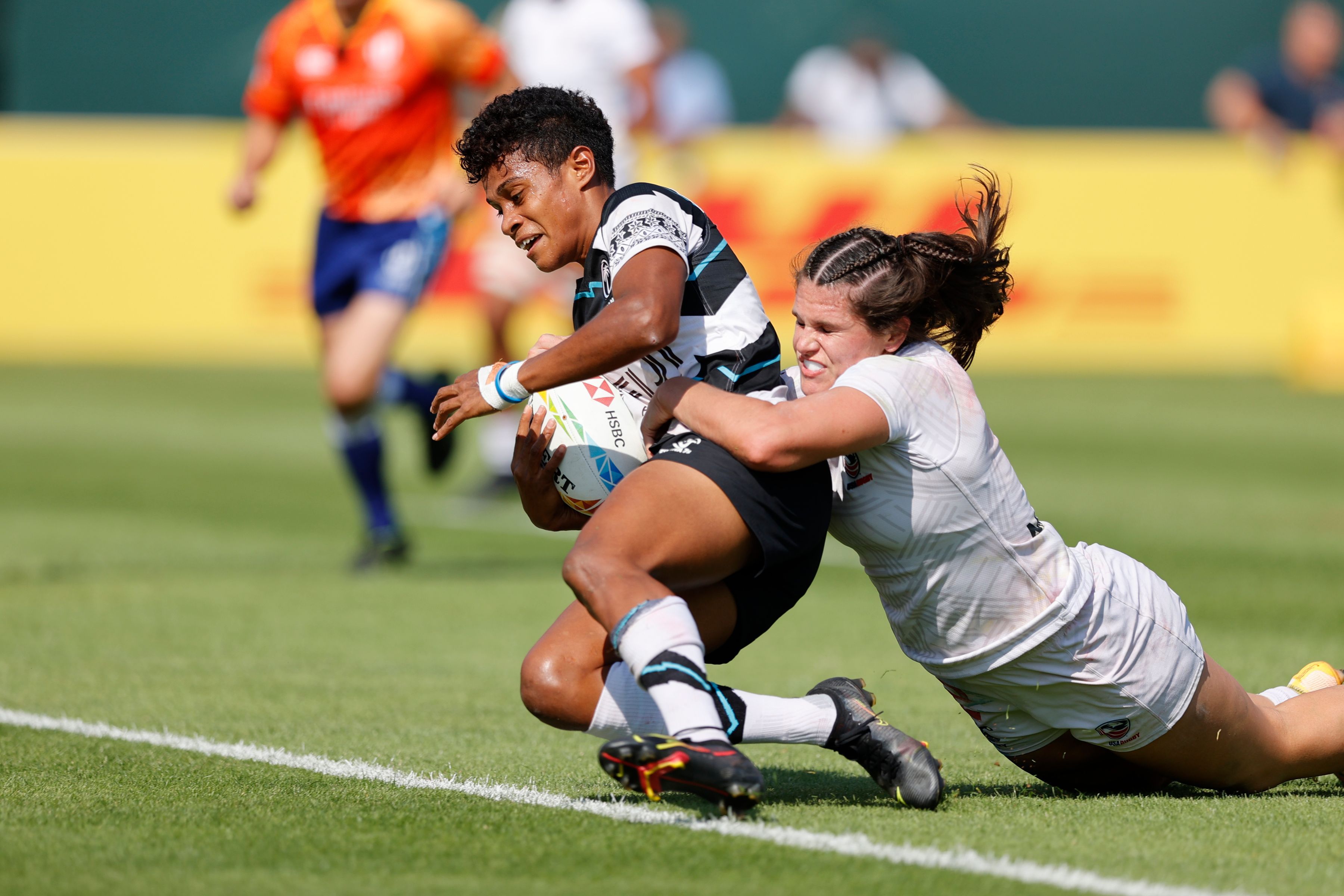 Alongside that were breakout individual performances with Naya Tapper’s insane chase down and try-saving tackle against Ireland, Ilona Maher leading in 5 of 6 statistical categories within the group while Tapper and Alev Kelter are both approaching their 100th World Series try.

While results do not depict the depth of talent and capabilities on the U.S. side, performances within each game showed intensity, grit and the very fight necessary to continuously improve on the World Stage.

Team USA Women will enter 2022 ranked fifth in the World with five tournaments to go in the HSBC World Rugby Sevens Series.

“We set our intentions this week to grow as a unit and improve our ability to operate together on both sides of the ball. We hit our stride against GB on attack, and showed what we can be capable when we play our roles and maximize our strengths.

“The players grit, tenacity and resilience over the course of the two tournaments, consistently rebounding from challenging losses and finding a way to win. Spain fought hard in our 5th place final and forced us to dig deep, fight for each other and maintain our composure to win. 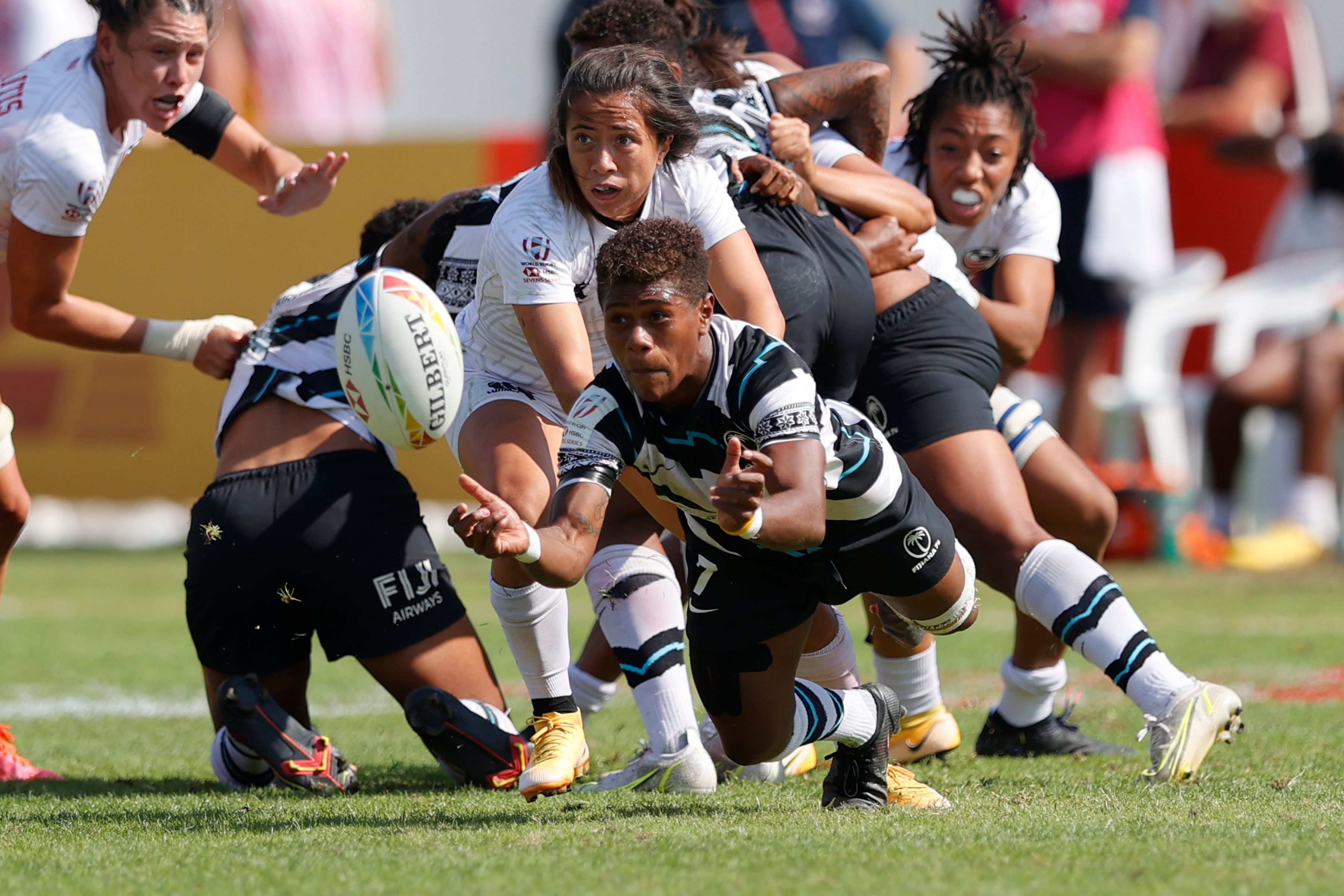 “The Women’s World Series has gone from strength to strength over the last couple of years and every team is here to battle, so we will take the lessons from these tournaments and use them as a foundation as we build towards the rest of the season.”

The USA kicked off against Olympic silver medalists Fiji in an absolute arm wrestle through the first half. Naya Tapper scored in the opening minute, after which both teams kept each other out of the try zone until Fiji claimed their own in the 8th minute. A late second half comeback allowed the Fijians to win it, despite strong efforts through majority of the half to quell their relentless attack.

The USA defeated Ireland thanks to brilliant individual performances including a monster chase down by Naya Tapper to hold up an Irish try. Tapper claimed the No. 1 spot on ESPN’s SC Top 10 for her move, ultimately shaping momentum for close 19-12 victory.

France were on form from start to finish, shutting out the U.S. 0-28 with clinical performances both sides of the ball. Disappointing as it was, the United States bounced back against Great Britain with a strong 40-17 result with numerous breakaways and masterful skills to earn their revenge from a heartbreaking Quarterfinal loss at the Olympics. 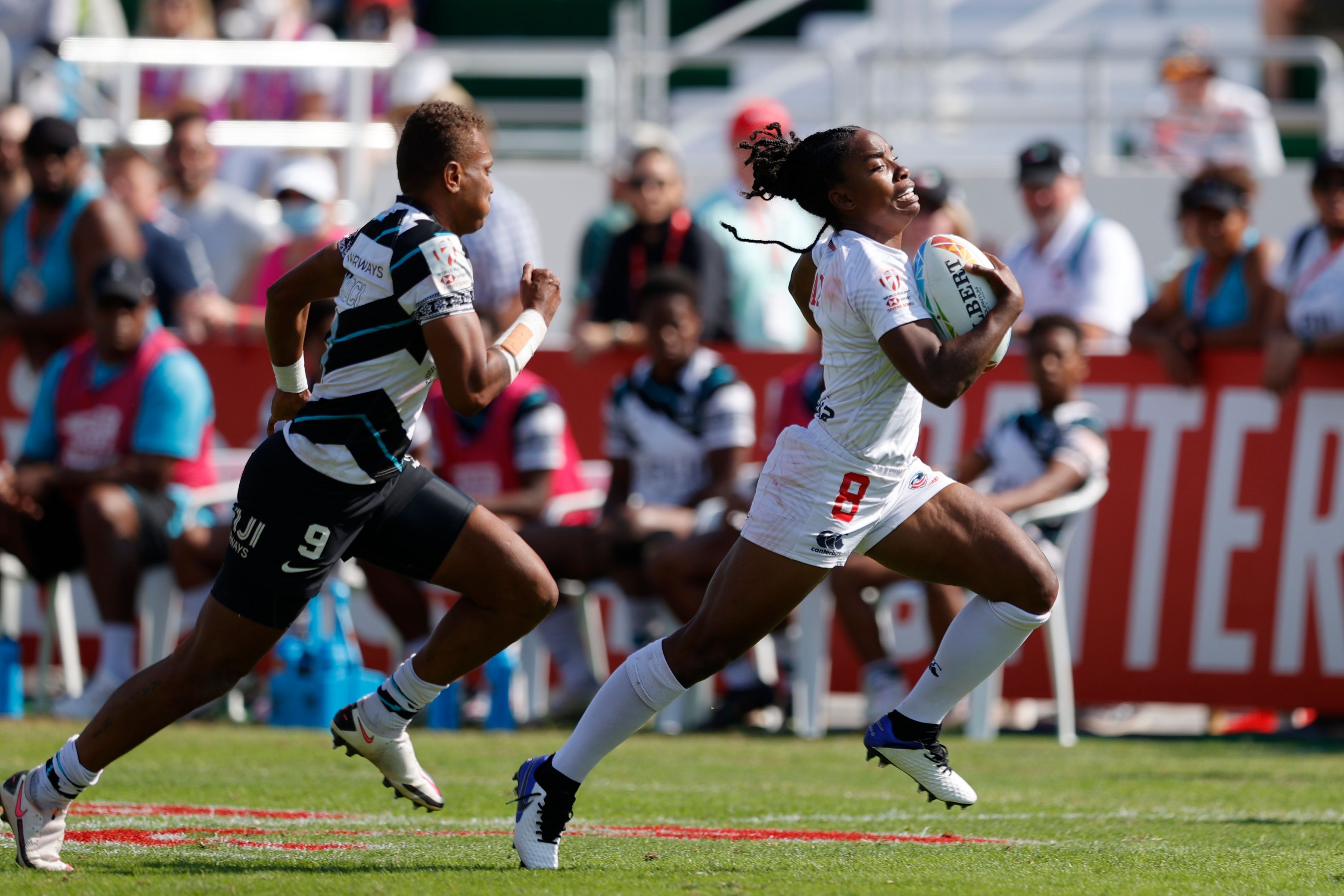 The USA showed grit and resilience against Spain in another close and physical battle without much added to the scoreline. Naya Tapper had a try in the opening minutes, after which Beatriz Dominguez scored just before halftime. Both teams showed promising defense in the final half, each trying to pull momentum on their side but ultimately the U.S. held on for a 5-7 victory at fifth place.

The HSBC World Rugby Sevens Series will return for back-to-back weekends in Spain, starting with Malaga from Jan 21-23, followed by Seville from Jan 28-30. Both tournaments will be combined men’s and women’s with matches broadcast LIVE on NBC’s streaming platform Peacock. Schedules and information are available here.The 2021-22 HSBC World Rugby Sevens Series opened up with back-to-back stops in Dubai, and the USA Women’s 7s team finished 7th and then 5th, respectively, to kick off the circuit.