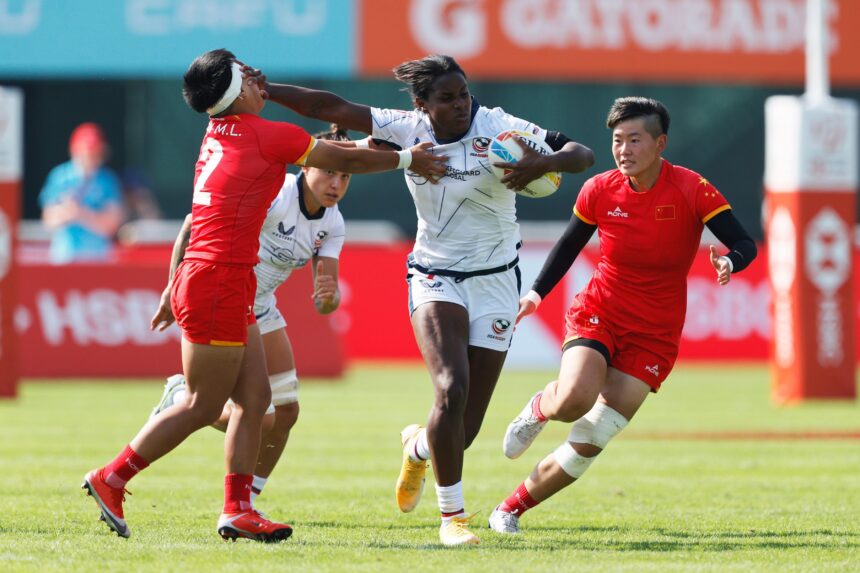 The USA Women took 3rd in Dubai, the first stop on the 2022-23 HSBC World Rugby Sevens Series. The finish affords 16 points in the standings, a solid start for a season focused on Olympic qualification.

“It was really important for us to take the pool stages one game at a time, and that is what we did,” USA Women’s 7s team head coach Emilie Bydwell told USA Rugby. “Canada are wonderful rivals and always bring so much energy and determination when they play us that we know we need to be courageous and stay disciplined in those games. China is a huge credit to the development that is being done with the Challenger series and I feel that they should be really proud of the way that they are stressing the core teams. Congratulations to Australia for their World Series win. Any opportunity that we have to play them allows us to refine our game and review our priorities, so we are looking forward to growing from that final pool game as we move into next weekend.”

The USA faced a tough Ireland (which finished 4th on the Series last year) in the Cup quarterfinals and eked out a 5-0 win. Captain Naya Tapper handled the honors in the 10th minute.

“The quarterfinal was a terrific battle against a really strong Irish outfit,” Bydwell said. “That game revealed our character as a team, and reiterated our willingness to fight for each other regardless of how the game was unfolding.” 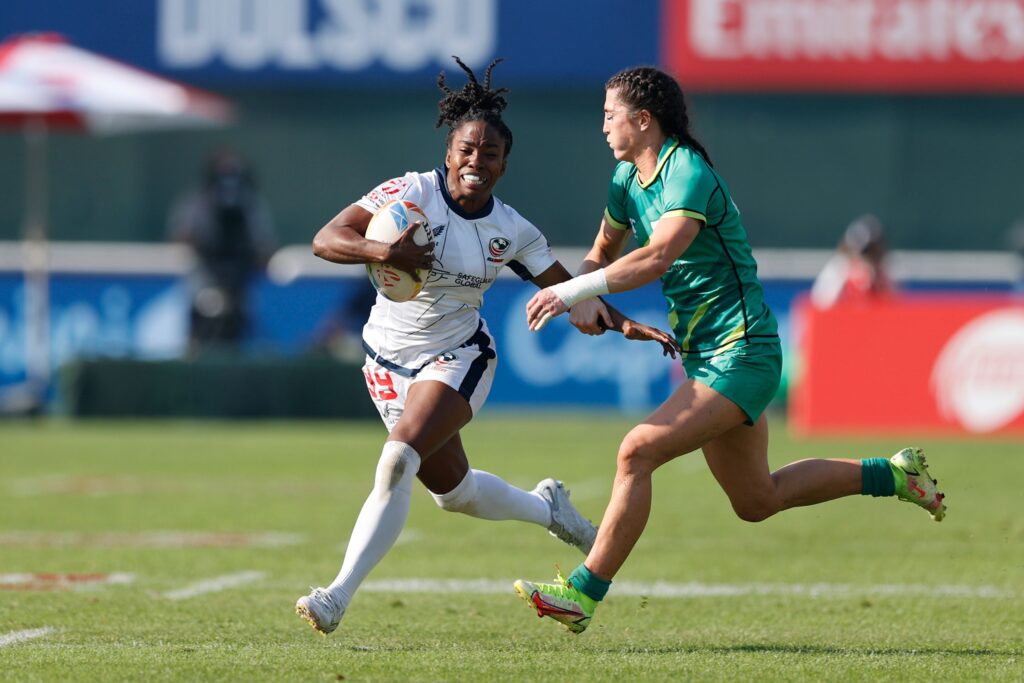 New Zealand awaited in the semifinals and scored three tries in both halves for a 36-0 win. But the Eagles rebounded nicely for the 3rd place match against France. The last time these two teams met, it was also for a bronze medal – but at the Rugby World Cup Sevens in South Africa. France won the previous match 29-7, but the USA took the Dubai 7s rematch 21-19. Tapper, Cheta Emba and Kris Thomas scored the tries and Kayla Canett crucially connected on all three conversions.

3rd: The USA women’s bronze final against France featured outstanding plays as the Eagles entered the pitch hungry for a medal. It was a stunning start as Tapper fended off France for an early try. Emba earned the second try for the USA after Kirshe kept the ball in play with a quick offload. A yellow card to Ilona Maher gave France the power play, as they tried to stretch our defense wide. In the second half, Kris Thomas came off the bench and cut through the defensive line for a game-winning try. France dominated the USA’s scrum sets, but physical presence along with great counter rucking from the Eagles kept them on top for a 21-19 win.

“What we are happy with is the way that we were able to reset after a disappointing semifinal, and come out to execute in the last game,” Bydwell said. “We were on the other side of it at the Rugby World Cup 7s and we were determined to rewrite history with this match. The ability to do this is something that we need to carry forward into next weekend. Beyond that, we won this medal with all 13 players delivering in their roles, which is critically important for us to build off of as we progress through the season.”

Cape Town 7s is the second leg on the women’s series and occurs this weekend, then it’s a six-week break until the next block in Hamilton, New Zealand (Jan. 21-22) and Sydney, Australia (Jan. 27-29).


DI Elite Championship MVP Brice: This One Was Special