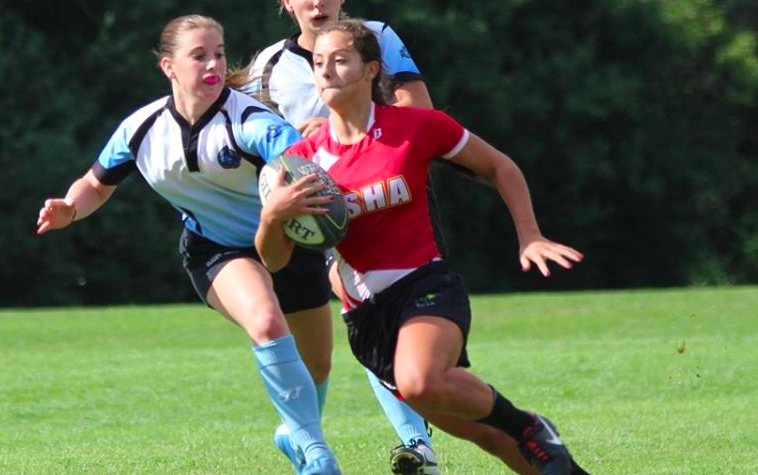 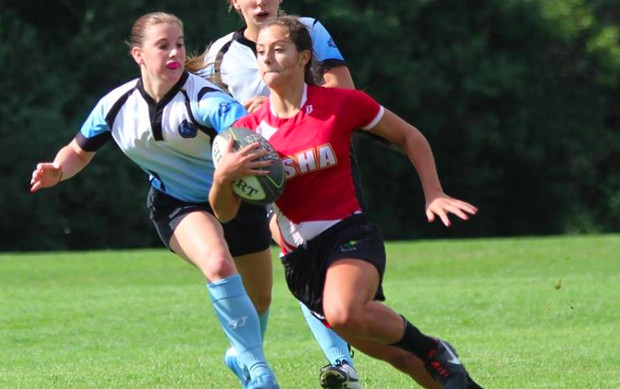 Meg Walker (above) and Lizzi Walicki (below) bring their experience from DSHA and Catholic Memorial to the Wisconsin 7s all-stars.

Wisconsin is Vegas bound. Thirteen high school athletes will represent the Wisconsin Girls U19 All Star 7s team at the Las Vegas Invitational, the first out-of-state fixture for the first-year program.

Last summer, all-star 7s director Rick Bellis produced the first Midwest All Star 7s tournament, which involved representative sides from Wisconsin, Iowa, and Minnesota. It was a solid outing for the hosts, but full support was difficult after a long 15s campaign (top teams play 15s in fall and spring). Now, as teams have some flexibility between seasons, Wisconsin was able to draw more interest for an LVI 7s team.

“Spring is a very important season for Divine Savior Holy Angels and Catholic Memorial with Midwest and national championships,” Bellis said of the state’s top-two teams. “We are thankful that coaches John Klein and John Waliszewski made their players available for selection. They are in the top tier of high school teams in the country and having their players make us competitive with anyone in the country.” 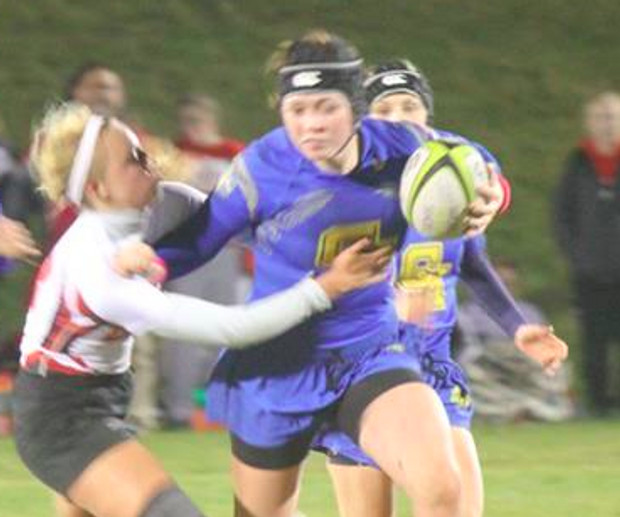 Top among them are Meg Walker of Divine Savior (DSHA), and Lizzy Walicki and Ellie Metz from Catholic Memorial High (CMH).

“I feel all three are High School All American-caliber rugby players,” Bellis said. “Walker was one of the top players in the sevens all-star tournament we had last summer and one of the top players in our league. She can dropkick from the sideline which is critical in sevens. Walicki is a strong, physical runner and defender, and her skills will be a tough match-up for opposing players. Metz is the captain of and four-year starter for Catholic Memorial.”

“Foster is fantastic at the breakdown and Buchholz is a strong runner, while Pfaff and Leffler are new to the program,” Bellis said. “Pfaff was a mainstay in the backfield for DSHA this season and Lefler pushed for significant minutes the last half of the season, which is a big accomplishment for a freshman.”

Molding the team into 7s shape is head coach Linda Niemela, a Marquette alumna and current coach for DII’s Milwaukee Scylla. She is aided by Kathleen Maloney, who serves as backs coach for her high school alma mater, Divine Savior. Maloney has not only accompanied the Dashers to 15s nationals but also the CRC 7s in Philadelphia.

The team will be without a couple of state stars, including Oak Creek’s Megan Bird, who is attending the American Rugby Pro Training Center and competing with Atlantis in Las Vegas; and Catholic Memorial’s Allison Koenig, who will be competing at the hockey state championship that weekend.

“That being said, we have a lot of depth in our league and we really like the team we are bringing out to Las Vegas,” Bellis said of the seven teams represented. “Everyone can tackle. Everyone has speed. We think it is an experienced, well balanced and deep team.”

Wisconsin will compete in the LVI High School Open division from Thursday-Saturday, March 3-5.