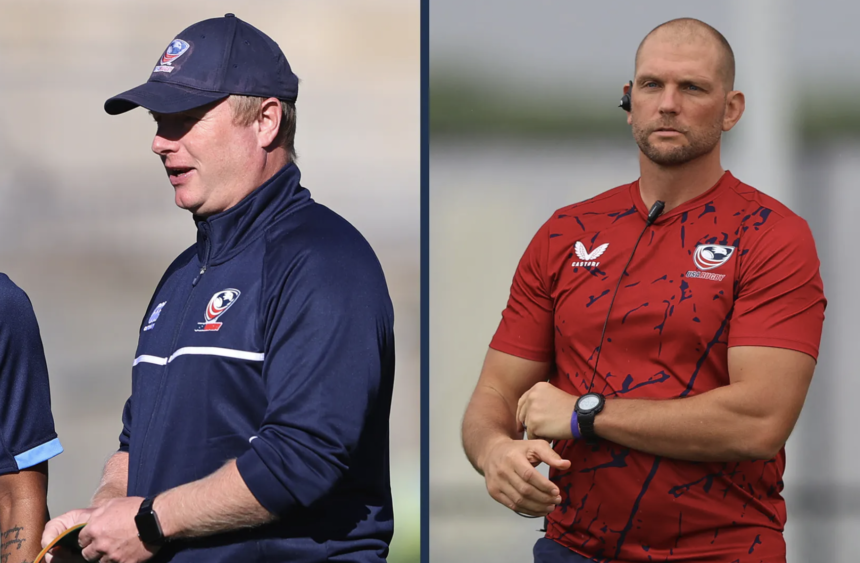 The coaching changes come as both programs end Rugby World Cup cycles and the USA Rugby Board of Directors launch HP reviews.

“We understand and fully appreciate the turning point USA Rugby is currently navigating, whereby appointing two well-experienced individuals like Scott and Richard is a crucial next step in this rebuilding phase,” USA Rugby CEO Ross Young said. “As the High Performance review process continues, both Scott and Richard will help build responsibility structures and expectations for the USA head coaching roles going forward. Both will be included during candidate evaluations for the full-time positions.”

The head coach application process will begin once the review process ends. In the meantime, Ashfield will lead the Women Eagles through the first set of competitions in 2023, which are expected to be in March. He’s currently the assistant coach to Stanford University Director of Rugby Josh Sutcliffe and has served as a WNT assistant coach since 2013.

“First of all, I would like to thank Stanford Rugby for their continued support in allowing me to step into this role,” Ashfield told USA Rugby. “I’m excited to support the program through this transition and kick off preparations for Rugby World Cup 2025. My focus will be to support the great pool of seasoned players we have in the mix, while also bringing in some of the very talented young players coming up through the pathway programs. We’ll pull these players together in the coming weeks and months to start building a strong foundation for the path to 2025.”

Ashfield has been involved at multiple levels of the U.S. women’s game. Prior to NorCAl, Ashfield was based in Providence, R.I., and he led the Providence College women to the 2005 USA Rugby Division 2 National Championship. At the senior club level, he coached Beantown in Division 1 and the Women’s Premier League, and was also heavily involved with the Northeast Rugby Union Senior All-Stars. The now-defunct program identified talent from Maine to New York, fed them into a regional team and then national competition, and aided USA scouting. That whole pathway has been revived at the U23 level nationwide.

With Rugby World Cup 2025 in the near term, World Rugby will meet with USA Rugby at the beginning half of the year to work on the next phase of “Project Accelerate.” Project Accelerate is a targeted initiative by World Rugby to fast-track the development and performance programs of the women’s game in high potential unions. With the women’s international competition structure laid out through The Pacific Four Series and WXV, along with an expanded HSBC World Rugby Sevens Series slated to being next year, USA Rugby will work with World Rugby to develop specific growth metrics and support for the Women’s fifteens and sevens programs, from grassroots to senior national team, with the goal of future success at the Olympics and Rugby World Cup.