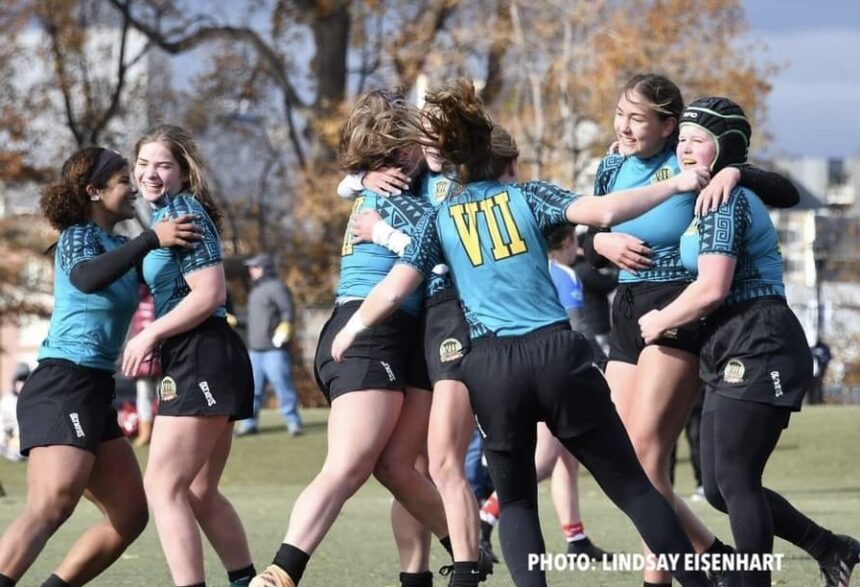 The annual Tropical 7s tournament is back in full force, and with a new location in Tampa, Fla. The event always lures great talent, new teams and loads of updates regarding the goings-on in the high school rugby scene. The storied Atlantis program is back on the pitch and celebrating the trip south with its first U14 side alongside two U18 teams. It’s been a long time coming, and the youngsters mark another historic chapter for the elite 7s program.

“Putting together a U14 team is something that Atlantis has wanted to do for a while,” seasoned Atlantis manager Diane Ramage explained. “During COVID, Kate Flanagan, our high school / middle school director, made connections with coaches from programs around the country and was introduced to quite a few talented, young players. After another successful run at NY 7s with our U18 teams, it seemed the right time to kick off this new age group.”

The U14s are coached by two Atlantis players, and they join a Tampa staff that includes U18 Elite head coach Flanagan, U18 Open head coach Tom Feury, manager and assistant coach Lisa Henrich, and medical and manager KJ Feury. Josie Ziluca is the Atlantis Women’s Director.

“We’re also excited to have more of our women’s players join us in coaching roles, developing this younger team,” Ramage added. “Lauren Shissler, currently playing for and coaching Harrisburg Rugby Football Club, first played for Atlantis in Lehigh Valley in 2012, was part of the team that won NY 7s in 2019, and coached our women to a 1st place finish in NYC this past November. Our other Lauren, making her debut as an Atlantis coach, first wore the teal jersey in 2019 at Rugby Barbados World 7s. Lauren made her HSBC World Rugby Sevens Series debut in 2018 and competed with USA in the 2019 Pan American Games.”

The majority of the U14 team is new to Atlantis, except Maryland’s Peighton Bowman, who’s joined by players from New Jersey, Pennsylvania, North Carolina and Indiana. The 24 U18 players will be divided into Open and Elite squads after training together in Tampa, and eight of those high schoolers are new to Atlantis. The older group hails from the aforementioned states, as well as California.