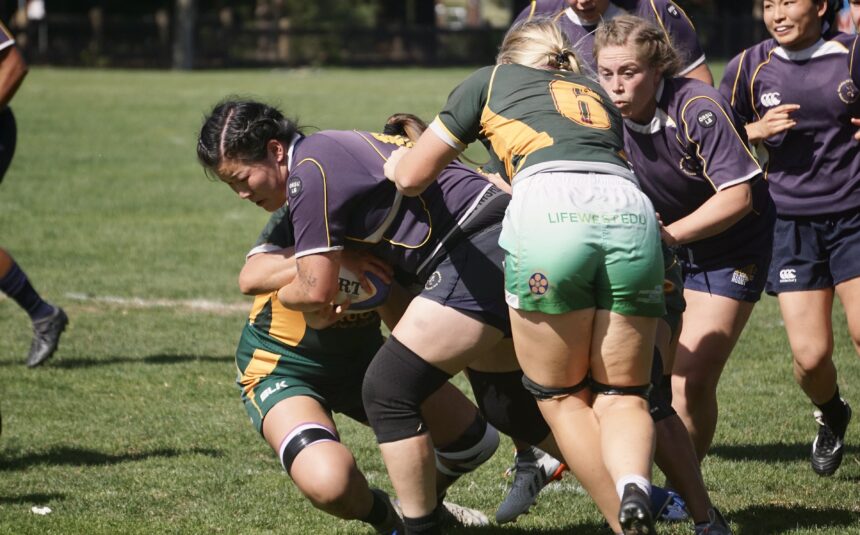 USA RUGBY – The Women’s Premier League (WPL) has been idle for more than two years, and last weekend brought the country’s top women’s competition back onto the pitch. Much has changed since the league last assembled in November 2019 – from player movements, to new head coaches, to reshuffled conferences – but the 10-team field is eager to re-establish itself and welcome a host of new athletes to the elite league.

Week 1 began with the Colorado Gray Wolves at Oregon Rugby Sports Union (ORSU), the first of two Red Conference matches on the weekend. Both sides put a lot of new faces on the pitch, and the Jesters in particular rostered 13 players in their first WPL season.

“Our focus this past summer and fall has been on recruitment and retention,” ORSU co-captain Paris Hart explained. “I’m very happy with all the amazing athletes that have joined us as well as the vets who have stepped up as leaders to help make this season happen. I think we have all the right pieces, just still working on the puzzle.”

A physical, contact-heavy first half evolved, and the visitors went up 12-0 on tries from Colleen Cribbs and Jeanna Beard, and a Hannah Tennant conversion. Before the break, Tiffany Tate dotted down for ORSU, who trailed 5-12 into the half.

“I think people were hungry to hit,” Gray Wolves head coach Jamie Burke said. “I also think that, because we haven’t played in a while, there was a greater tendency to go into contact than to move the ball as much as we would have potentially seen, although that did change as the game started to progress and people started to feel confident or connected.”

Katie Lohaus (2), Hannah Long and Deanna Nash scored the next four tries, and Justine Perl’s conversion gave the Gray Wolves a 34-5 lead with 10 minutes to play.

“I think that the first half really saw us playing much more into ORSU’s strengths,” Burke considered second-half adjustments. “They have a big, strong pack, and we kept trying to jam it around the forwards, and that just wasn’t going to suit for that particular matchup. So once we looked to move the ball a bit more, that opened things up.”

ORSU pushed to the final whistle and were rewarded with tries through Natayah Bauer and Abby Fearey. Bauer also kicked a conversion for the 34-17 final.

“Carson Hann was just phenomenal, all around the pitch,” Burke said. “Created a bunch of turnover opportunities from jackals and did a lot of really nice supporting play to create opportunities on the outside. She was probably one of the biggest standouts, especially relative to ‘new to the WPL.’

“I was really impressed with Claire Lundy, their outside center,” Burke noted the opposition. “She just did a really nice job taking advantage of our miscues and keeping the ball alive. Really nice continuity work.”

The Gray Wolves get the bye this weekend, while ORSU travels to San Diego in Week 2.

“We didn’t get the win, but every time we play together it gets better and closer to where we want to be,” Hart closed. “The players have the heart and the drive. The moment is coming, I can feel it every time we get together. I’m excited for what we will accomplish this season.”

On the other side of the Red Conference, New York traveled to the San Diego Surfers for a Sunday game, and the home side took an early lead through an Ashley Torrecillas try, 5-0.

“San Diego started fast,” New York head coach Ryszard Chadwick said. “They were pretty dominant with ball-carrying and going forward, and well organized. Evi [Ashenbrucker] was just phenomenal all game. She was a real pain, as was [Kimdinh Tran], the prop. Both carried really, really well. We struggled to make that first contact with them.”

An Allysa O’Neill penalty put New York on the board, and then some more composed play resulted in tries from Adriana Castillo and Tiana Granby, 13-5 into the break. San Diego surged in the third quarter, putting Teigan MacDonald away for a try that Hunter Griendling converted (13-12). New York pressured through its finishers off the bench, and in the final 10 minutes, Gio Cruz scored, Jessica Ruiz converted, and O’Neill kicked a penalty for the 23-12 win.

“A couple of players had some big moments,” Chadwick said. “Adriana, who played six, had a couple of big carries and big hits. Caoimhe [O’Sullivan Roche], our prop, was consistent and very effective all game. As a group, we played very well together.

“It’s always nice to get that first win, to build momentum and foster that kind of energy in training,” the coach continued. “But I think more than anything, it’s just nice to see the style of play that we’re trying to play actually come through in a truly competitive match. All credit to San Diego, they didn’t make it easy on us. They’re going to be a challenge moving forward, for sure.”

San Diego hosts ORSU this weekend, while Twin Cities heads to New York in round two. 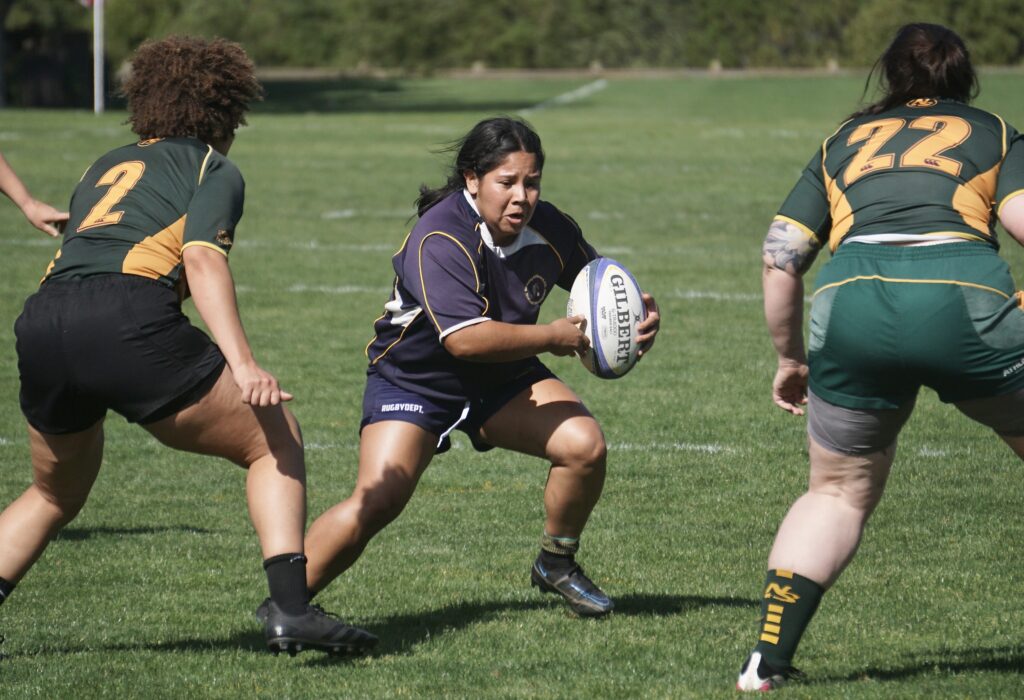 In the Blue Conference, Chicago North Shore was scheduled for a double-header against Berkeley and Life West, but couldn’t quite muster a full side. Despite the two forfeits in the books, North Shore still committed to the trip and sent 14 players to Northern California. An intact Berkeley team played a full 80 against a North Shore side supplemented with Life West players. In the end, it was a very competitive match with a single-digit decision. In Week 2, Berkeley travels to Atlanta, and Beantown heads to Life West.

USA Women’s National Team head coach Rob Cain was in attendance, marking the second stop on his April tour around the country (full schedule below).

“It’s just great to see smiles on faces and to get them throwing the ball about, and really to see the players that we’ve had with the national team coming back and influencing,” Cain said. “Really good game today [Saturday]. Lots of big collisions, lots of fast rugby, bit more detail, even though there’s been a bit of a delay with the last two years not playing club rugby. But lots of positives.”

“Massively, yeah. The player-to-player transfer was there,” Cain said of North Shore’s response to the Eagles. “And you saw the leaders. I thought Amy [Bonte] did a great job. All of them did well – Bitsy [Cairns], Mack [Hawkins], Jett [Hayward] – all the players who’ve been involved with the Falcons and were at the DTEs. I thought it was a good merge of talent today.”

Cain will see all 10 teams during the first half of the season, and while there is narrowed focus this year as the world cup looms, the coach is receptive to new talent.

“This is our last opportunity window for ‘who have we missed’ – and we do miss people,” Cain said of the tour. “There are a few people we haven’t seen because of injury. I thought Nikki Kenyon was very good today. It was great to see Leti [Hingano] back and playing. They’ve both had long-term injuries so they weren’t able to come to our national team events, so those are two players that stood out that we haven’t seen.”