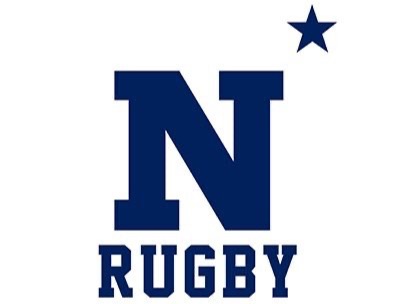 The U.S. Naval Academy returns to the DI Fall Championship, which is now run by the Collegiate Rugby Association of America (CRAA). The Midshipmen didn’t have to go far to participate in the eastern playoffs last weekend and treated hometown fans to back-to-back wins against UCONN and Northeastern University. The reward is one more game: Dec. 4 in Matthews, N.C., against Davenport University.

“Our game plan typically focuses on what we can do well and what we must do well in order to succeed. We don’t like to focus too much on what other teams will do because we like to prepare for anything,” Navy co-captain Sarah Skinner summarized the team’s approach to every game. “I think focusing on our own issues and strengths is what led to our success. We are a pretty fit team, and know that there are only a small number of teams that can keep up with us athletically. Our goal was to play fast and see if they could keep up.”

A few minutes in, Navy drew a penalty in Rebecca Peasley’s range, and the lock slotted the three points for the early lead. Navy kept up the pressure but Northeastern absorbed the attack. In particular, flanker Maddie Klein was incredible all day and made meter-subtracting tackles without flagging for 80 minutes. With 15 minutes to go, Peasley attempted another penalty but pulled it just left. That allowed the Maddogs to relieve some pressure and play in Navy’s end, but no more points were scored: 3-0 to Navy into the break.

“We had been dominating the first half and spent a lot of time within their 22. Our issue was the fundamentals,” Skinner recapped halftime discussions. “We would knock on the ball when passing it out wide. Northeastern was stealing the balls from us in the rucks because we were too slow to support. Additionally, we were violating a lot of rules, such as hands in the ruck and off-sides, and the penalties were costing us too much space. We were literally giving the game.”

Navy scrumhalf Anna Hoang came out with an injury and co-captain Aimee Dalsimer left her post at outside center to take over the crucial decision-making role.

“It was a little rough getting used to it because she was playing roles in certain scrum plays that she had not practiced, and our forward pods had to adjust to her passing length and style,” the No. 8 noted. “We sorted those issues out pretty quickly, shorted our lines, focused on ball retention, and got better.”

Northeastern was attacking in Navy’s end when a stood-up ballcarrier handed the ball back to the Midshipmen. From the subsequent scrum, however, Navy’s slow transfer to the clearance kicker allowed the voracious Maya Raghavan to block the kick. The scrumhalf immediately fell on the ball for the try, which Caroline Swenson converted: 7-3.

“There were some communication issues that fueled some frustration that took away some of our focus,” Skinner added. “Our misplaced clearance kick that gave them the opportunity to score an immediate try really shook us. We knew we were a better team, but our mistakes allowed them to stay in the game. That try was a wake-up call and made us play harder.”

Northeastern was back on defense as the final 10 minutes approached, and when there were turnovers, Navy worked hard to meet ballcarriers behind the gain line and get over the ball.

“Rebecca Peasley and Eliza Herring were dominant on defense, never missing any tackles and making people sorry that they ran in their direction,” Skinner praised the lock and prop, respectively. “Marissa Meyer, a freshman, played with stitches after getting her eyebrow split open during the previous game. She also made some huge tackles for us and is a very strong player.”

Skinner, too, was very effective in this area of the game, and is also the primary quick-tapper when penalties arise. Four-straight penalties inside Northeastern’s 22 finally forced the referee to award a penalty try to Navy, 10-7 to the Midshipmen.

“It really takes going back to the basics and fundamentals to come from behind,” Skinner explained. “We had to stop being ‘cute’ with attempting offloads or trying to poach balls from the ruck. On offense, our priority was ball retention and ball support. On defense, our priority was coming up fast and hitting hard. Additionally, we had to dig deep, work with urgency, and work together.”

There was still time for another lead change and Northeastern was in a good spot when a knock-on put the Maddogs on Navy’s 30 meter. But Raghavan’s outlet pass nicked the lock’s outstretched leg, and Dalsimer jumped on the loose ball. A successful series of pick-and-goes followed and then Joy Brown-Bryant booted the ball downfield. Ana Olszewski was on the chase, and good thing, because the ball was misplayed and knocked directly into the wing’s grasp. She has a knack for these tide-turning moments and earned high praise from the skipper. Three phases at the line and replacement Lindy Gostage dove over for the try. Peasley converted for the 17-7 lead.

There were five minutes to play and two scores between the teams. Navy held on for the win and berth to the fall final.

“Going into the finals this year, we are doing our best to remember our mistakes two years ago when we were in the same place, while also recognizing that we are a new team and this is a fresh slate,” Skinner looked toward the Dec. 4 date with Davenport University. “We will focus on what is in our control, and play as a team and a sisterhood.”

The CRAA DI Fall Championship will kick off at 1:05 p.m. ET.