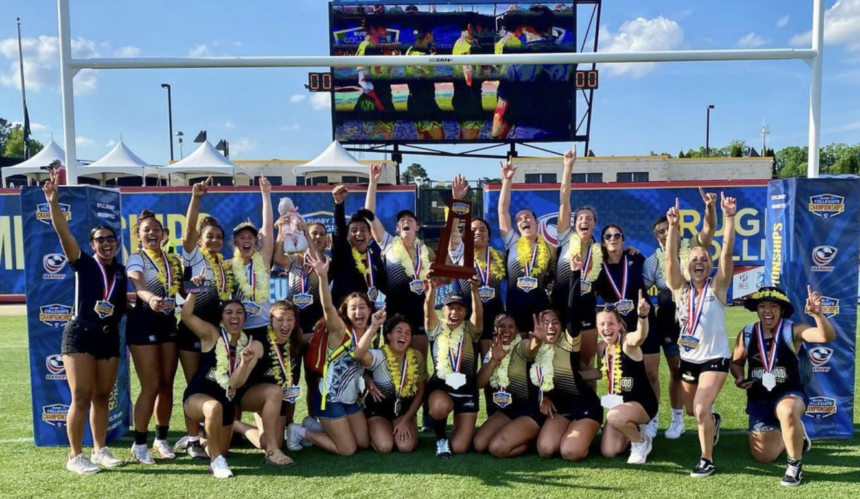 The Gold Division was the largest of the three women’s competition, bringing four DI Elite and eight NIRA teams together in one field. Harvard University topped Pool A, besting Central Washington 25-0, Penn State 36-14 and AIC 24-10. Lindenwood University posted three shutouts to win Pool B: 31-0 vs. Dartmouth, 36-0 vs. Brown and 47-0 vs. West Chester. And Army West Point won Pool C after a cracker of an opener against Life (19-14 win), followed by a 19-0 win against Sacred Heart and 22-5 win against Queens University of Charlotte. See full results below.

The top-two teams out of each pool and the two best third teams advanced to the Sunday quarterfinals. Pool winners Lindenwood (34-0 vs. Penn State) and Harvard (25-12 vs. Sacred Heart) won their respective matches, while Dartmouth eliminated Army with a 14-10 decision. Life and Central Washington, which both finished runner-up in their respective games, also played a close game: 24-14 to the Running Eagles.

In the semifinals, two DI Elite teams and two NIRA teams faced off. Lindenwood beat Life 27-7, giving up its first points of the tournament, and Dartmouth beat Harvard 17-12 to advance to the final. The Lions resumed their shutout ways in the title match, besting the Big Green 32-0 for the trophy.

In the consolation bracket, Brown beat West Chester 22-19 for 9th. 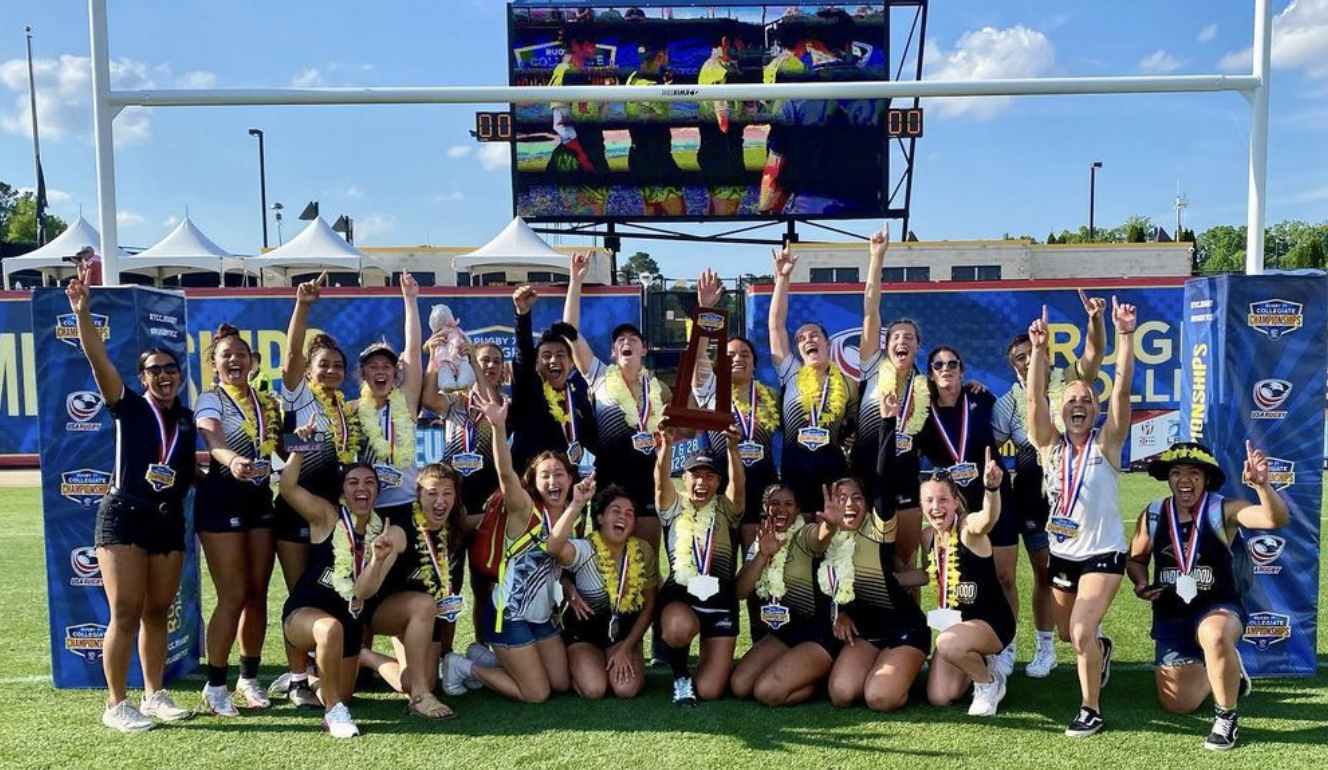 The eight Red Division (DI) teams competed in two pools Saturday. Davenport University went 3-0 on day one, shutting out Northeastern University 35-0 and Air Force 31-0, and then defeating Virginia Tech 35-10. The U.S. Naval Academy was equally impressive in Pool B, posting two shutouts (39-0 vs. Stanford, 33-0 vs. UConn) and giving up one try against Princeton in a 36-7 decision. Full pool play results below: 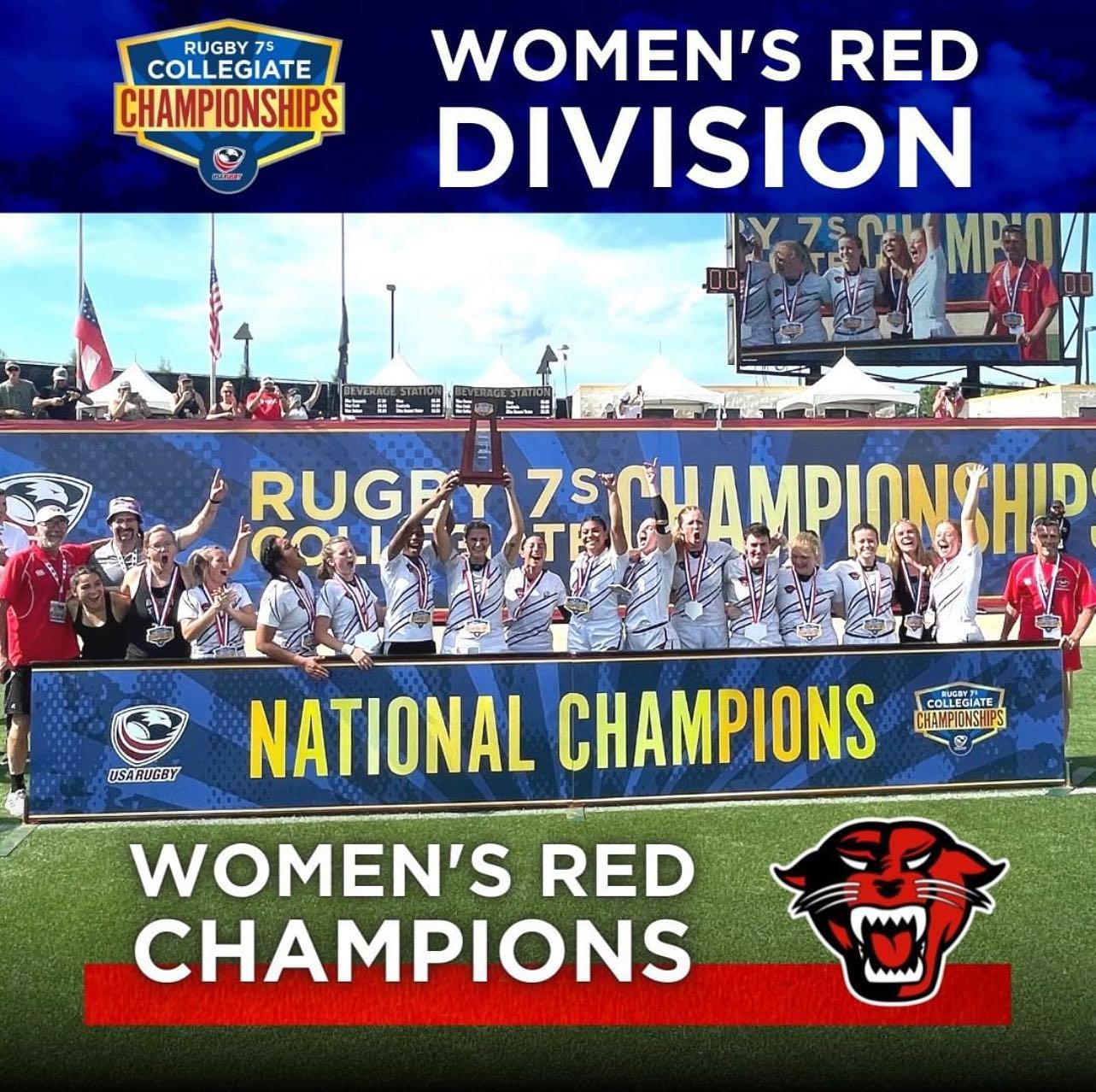 The competition then divided into championship and 5th place brackets, starting with semifinals. Navy beat Northeastern 28-0, and Davenport beat Princeton 17-5. The two pool winners then duked it out in the trophy match, and Panthers from Michigan emerged 24-17 winners. Princeton finished 3rd after a 33-0 win against Northeastern.

Stanford beat UConn 15-0 in the 5th place semis, while Virginia Tech topped Air Force 24-0. The Cardinal then held off the Hokies 19-12 for 5th.

The Blue Division was two teams from the West Coast conference in NorCal, and two teams from Georgia. The two NorCal teams, St. Mary’s College and San Jose State Univ., were strongest in the round robin: 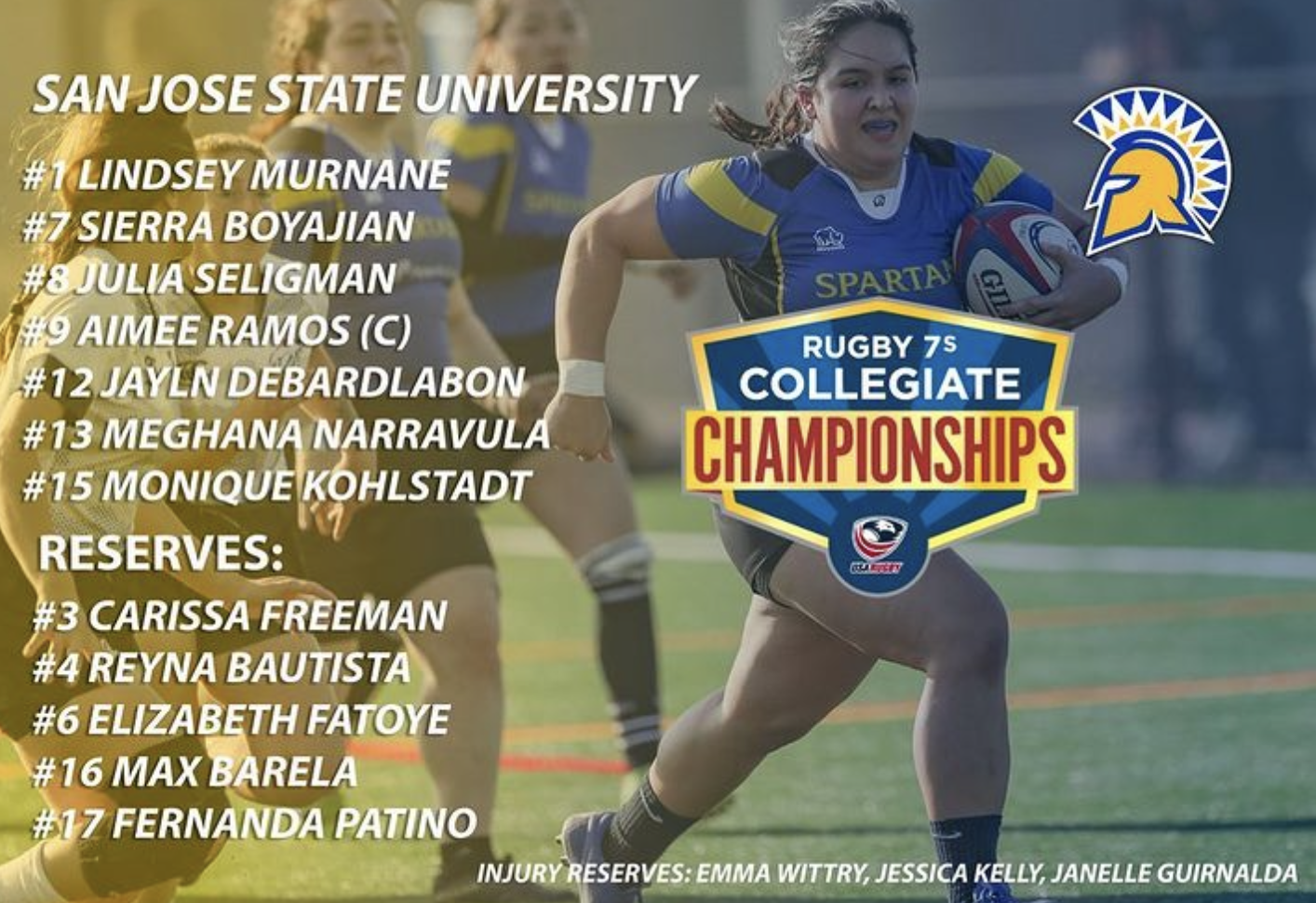 In the semifinals, the Gaels beat UGA 29-0, and the Spartans beat Kennesaw 17-5, setting up an all-California final. In the rematch, San Jose State prevailed 22-0 against St. Mary’s for the title. The Owls beat the Bulldogs 29-12 for 3rd.