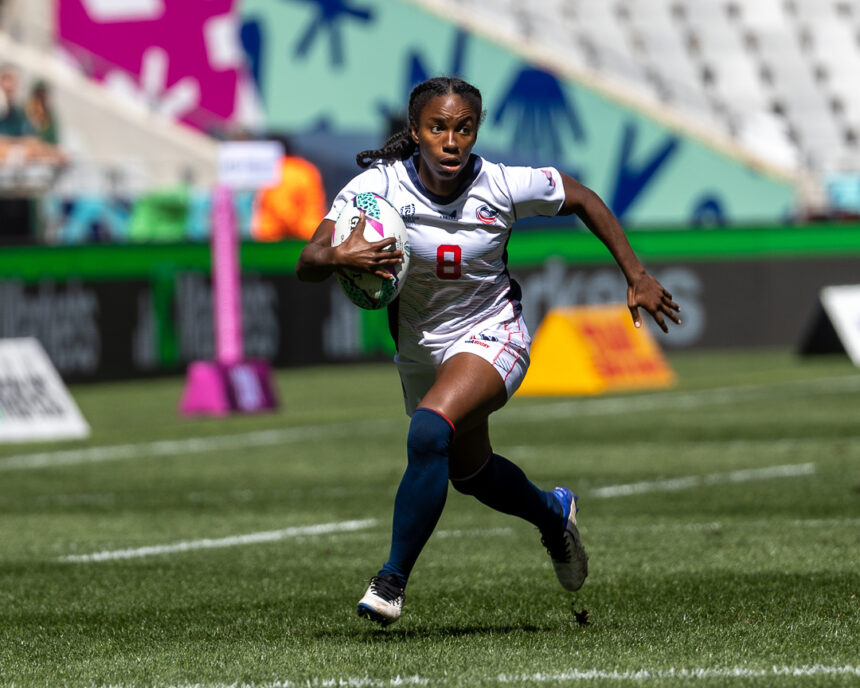 The USA Women’s 7s Team has completed job one at the Rugby World Cup Sevens 2022 and defeated Poland 39-7 in the Round of 16. The journey continues in Cape Town, South Africa, as the Eagles ready for Canada in the Cup Quarterfinals on Saturday, Sept. 10 at 4:05 p.m. ET. Game will air on NBC and the entire event is live-streaming on Peacock. [All photos: Alex Ho]

Cheta Emba did well to get hands on the kickoff and subsequent restart, and in general was a big influence in setting the tone first half.

“[A]ll I reacted to was the job I had to do in front of me, and what I was assigned,” Emba said. “I tried to do that to the best of my ability and support my team-mates every step of the way. Thankfully, we had finishers, we had playmakers, we had all the pieces that came together and got the job done.” 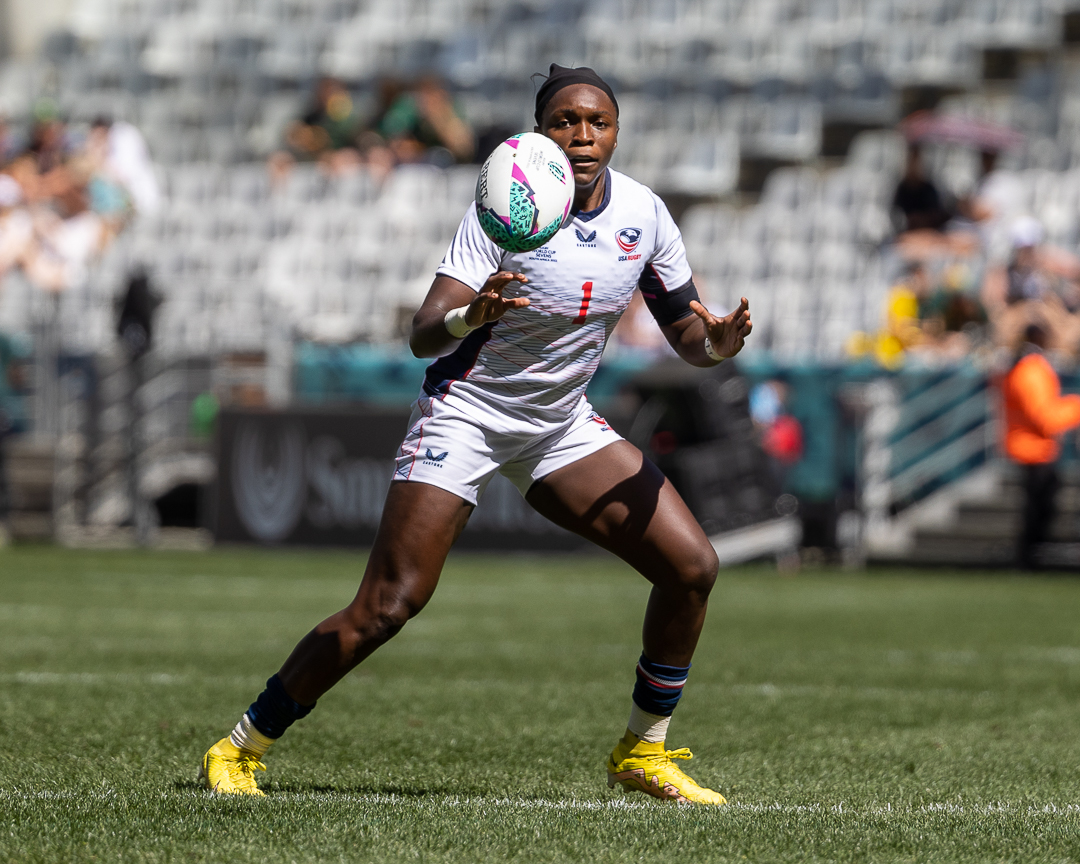 Cheta Emba created a lot of opportunity in the first half / Photo: © 2022 Alex Ho

Those finishers included Jaz Gray, who scored the game’s first two tires. After the USA kept its own kickoff, the ball moved to Gray, who shimmied through the defense out wide for the opening score a minute in. The next series saw Emba step a fast-up defense to connect with Naya Tapper for gains on one sideline, sucking in the defense. When the ball worked the other way, Alena Olsen did well to hit the gap in the middle of the field, then floated the pass to Gray to finish it off. Nicole Heavirland slotted the conversion for the 12-0 lead.

“I feel blessed,” Gray said. “My team-mates did a lot of the hard work and luckily I was able to be there to finish for them, so just extremely blessed.” 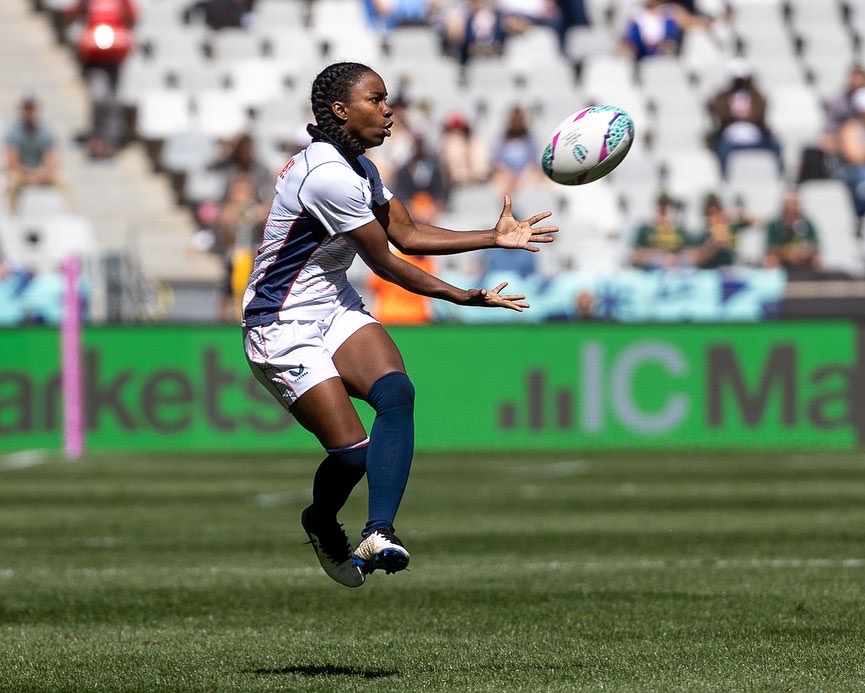 The subsequent restart went deep and the USA defense hustled after it. Poland, which relinquished possession at several key moments with knock-ons, lost the ball on its 22. Emba helped set up Tapper’s try, using the pump fake to get past the shooting defense and release the team’s leading try-scorer, 17-0.

But Poland hadn’t conceded the match. A kick-and-chase put the game in the USA’s end, and then ball-dislodging tackle set up an attacking scrum on the USA 15. Poland attacked weak off the set piece, exposing a little confusion in the USA defense, and Katarzyna Paszczyk scored the try. Karolina Jaszczyszyn added the conversion, 17-7. 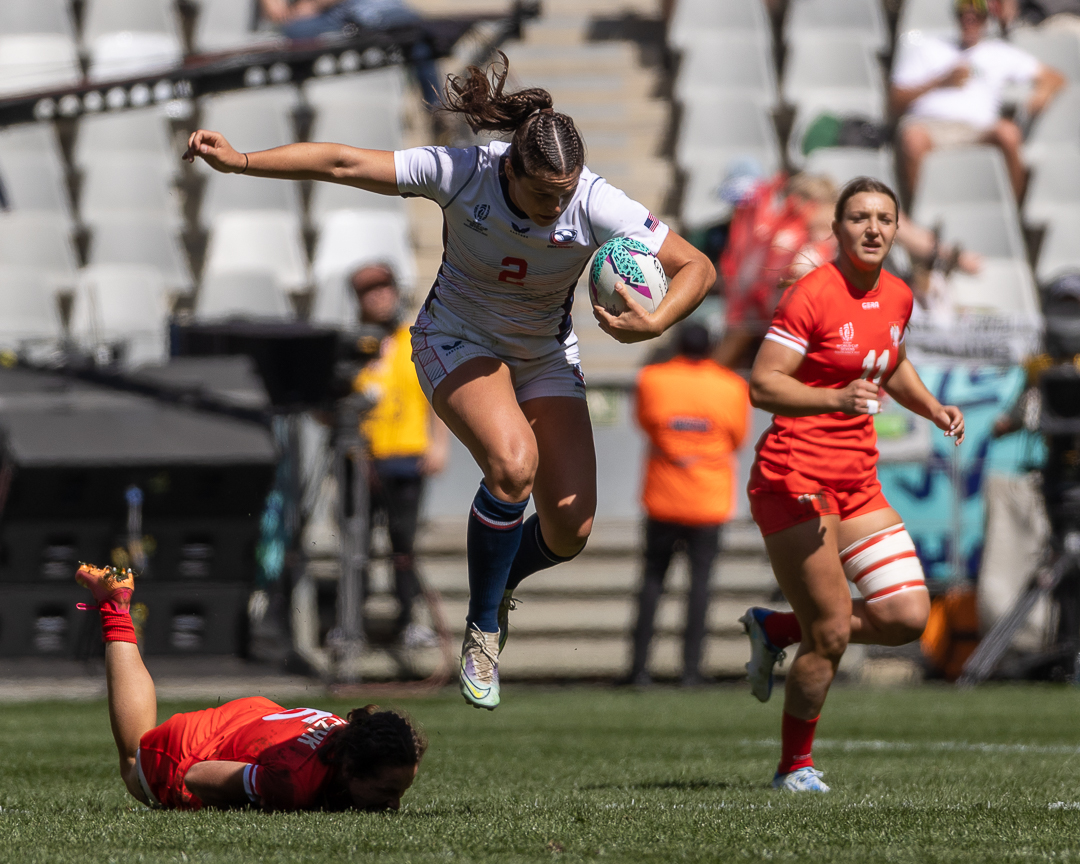 Ilona Maher skips out of the tackle before a big breakaway / Photo: © 2022 Alex Ho

Emba again did well to stutter-step past the defense to bring the deep restart to a less vulnerable spot on the pitch. Ilona Maher used a switch to power through the line and the forward nearly scored if it weren’t for a brave chase from Małgorzata Kołdej. A sealing penalty followed and the kick to touch allowed Poland to end the game with no more points again: 17-7. 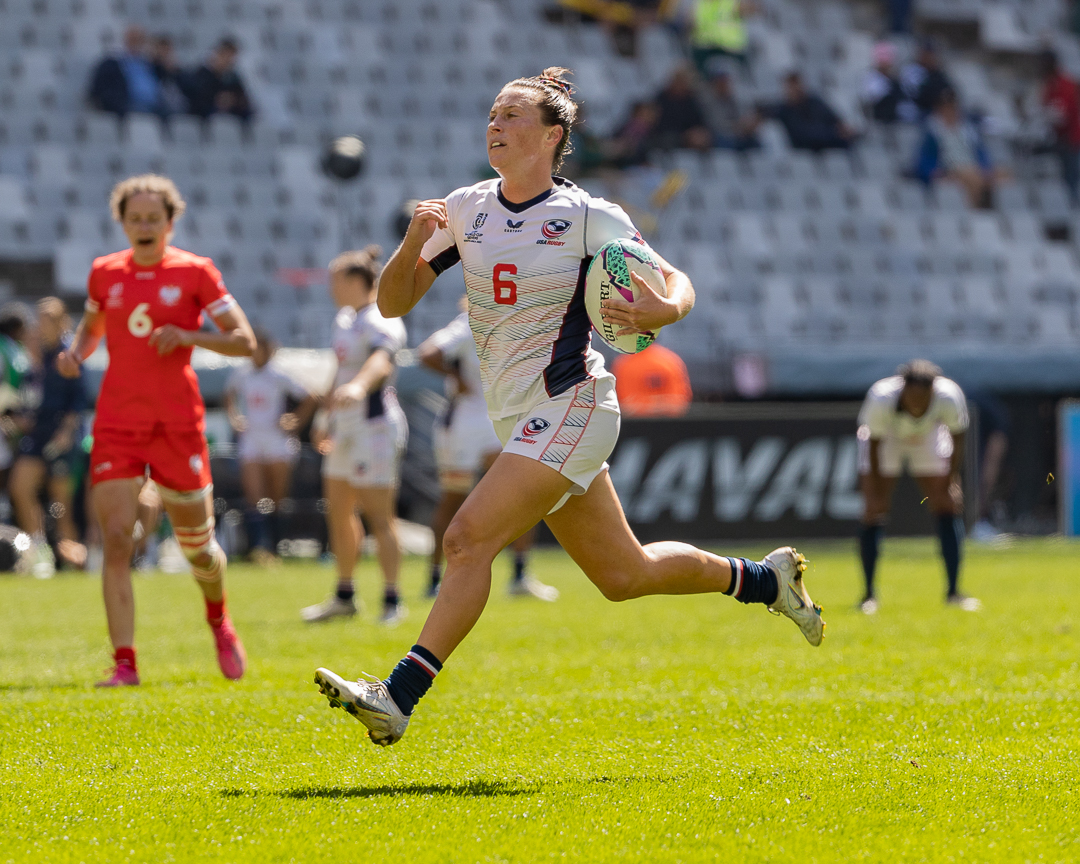 But that high that a big chase-down tackle provides wasn’t enough for a comeback, and the USA scored four more tries in the second half to keep Poland at a distance. Kristi Kirshe used a big fend to snap the middle of the defense and then drew a penalty that allowed the Eagles to reset near midfield. Poland was penalized in the set piece and Kayla Canett tapped quickly through the mark, moving the ball to Gray. On the sideline, the wing looked to curl away from the defense for a reset but it was a ploy! Gray deked the tackler and then had the pace and confidence to tear down the sideline for the try, 22-7.

Putting the defence in a spin

Heavirland nailed some lovely 10-meter restarts, and now it was Kris Thomas flying through the air for the recoveries. The Polish defense was connected, pushing the Americans backward. There was some miscommunication on attack but ultimately the Eagles remained patient. Captain Lauren Doyle attacked as soon as Poland shot up, breaking through the middle for the try. Canett converted for the 27-7 lead. 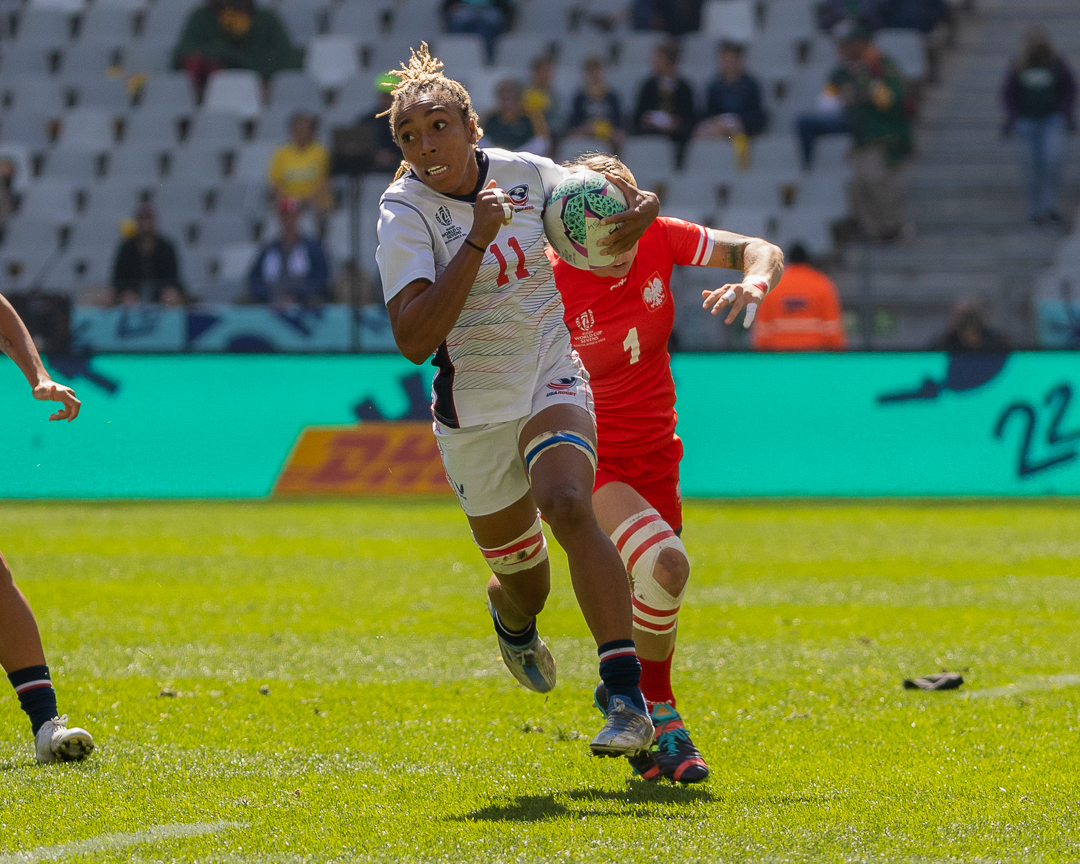 Thomas scored the final two tries of the game. The first came after Heavirland dislodged the ball in the tackle and Thomas countered quickly (34-7). The second came after Joanne Fa’avesi retrieved possession, making the tackle and then quickly popping to the feet to draw a not-releasing penalty. Sam Sullivan on debut got a first touch and made good ground for the USA, and then a nice passing series put Thomas into a little space. Still, the flyer showed great balance to emerge out of contact and manage the sideline for the try, 39-7.

Last play of the game. Get it into Kris Thomas’ hands out wide

Canada awaits in the Cup Quarterfinals. China gave the North Americans a real push in the Round of 16, but Canada pulled away second half for the 24-5 win. NBC is showing the games, and Peacock has the event in its entirety.