The Fallbrook High School Girls’ Rugby Team hosted the championship round of the Southern California Youth Rugby (SCYR) DI Core 7s season on Feb. 26, and the Warriors treated the hometown crowd to three shutout wins and the title. 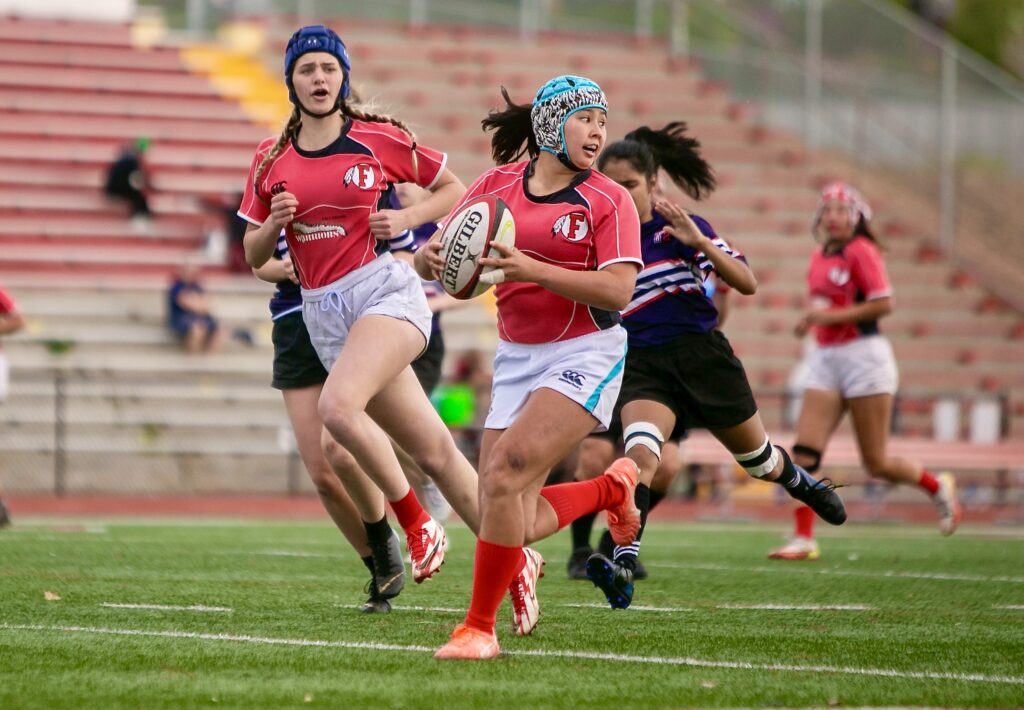 Fallbrook alumna Richelle Stephens joined John and Taylor Duncan on the coaching staff, and the 7s Olympian talked about the team’s maturity and rugby IQ. The Warriors did not err on Saturday and defeated Poway 48-0, Torrey Pines 49-0 and Tesoro 57-0. In doing so, the squad capped the season without allowing a single point against. Former Fallbrook coaches Craig and Marin Pinnell’s words continue to ring true: Attack is confidence. Defense is commitment. 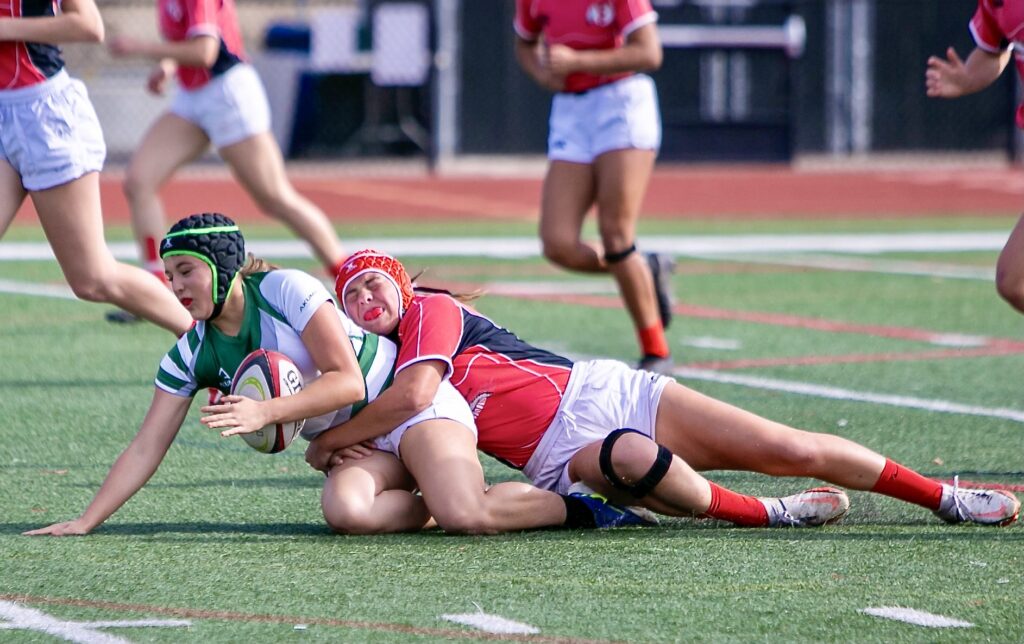 The SCYR high school club season now follows, so there’s more local competition to play. Fallbrook has more opportunities to play, including this weekend’s San Diego Mustangs 10s tournament, which brings teams like the Arizona Bobcats, Kahuku Raiders (Hawaii) and Rhinos Rugby Academy to town. The Warriors are also traveling to Florida for the Tropical 7s and eager for the elite competition that awaits. 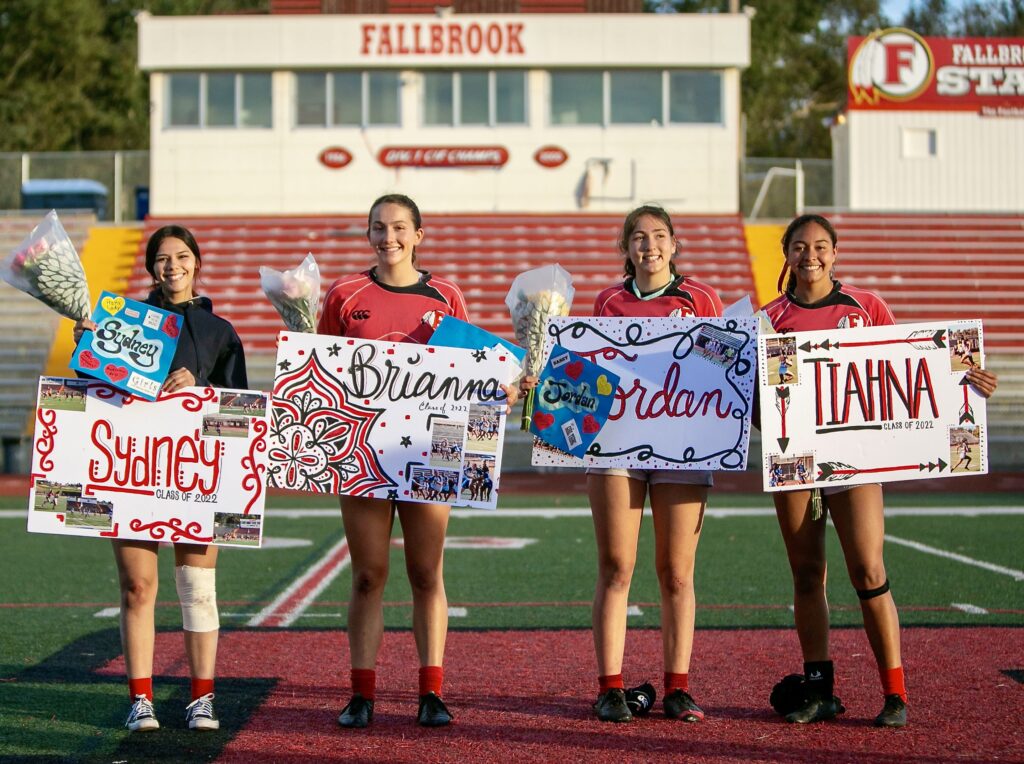 Coach Stephens didn’t anticipate 15s this season; however, rebuilding those numbers and returning to the traditional version of the sport is a goal for the future.

“Fifteens is a huge asset to learning rugby culture,” 7s Olympian Stephens had said. “Sevens is super fun – I love 7s – but 15s is really gritty. You have to dig deep, and you’re playing in the mud and getting hit and putting your body on the line for the team for 80 minutes. It’s pretty intense.”

Women of Sparta Charge On