The Southern California Interscholastic Rugby Foundation (SCIRF) formed in 2017 and this season added girls’ high schools to its programming. Ten teams signed on, and after 13 weeks of festival-style 7s, Carson High School was named SCIRF’s first champion and owner of the Mana Cup.

“[She] saw the opportunity for her girls to play and gain exposure to rugby prior to the start of the high school soccer season,” Irvine explained. “The [SCIRF] model presented the perfect opportunity for the girls who play other sports in addition to soccer to participate when their season ended. Moreover, if a team could not participate due to scheduling conflicts, the opportunity to play was always present for all.” 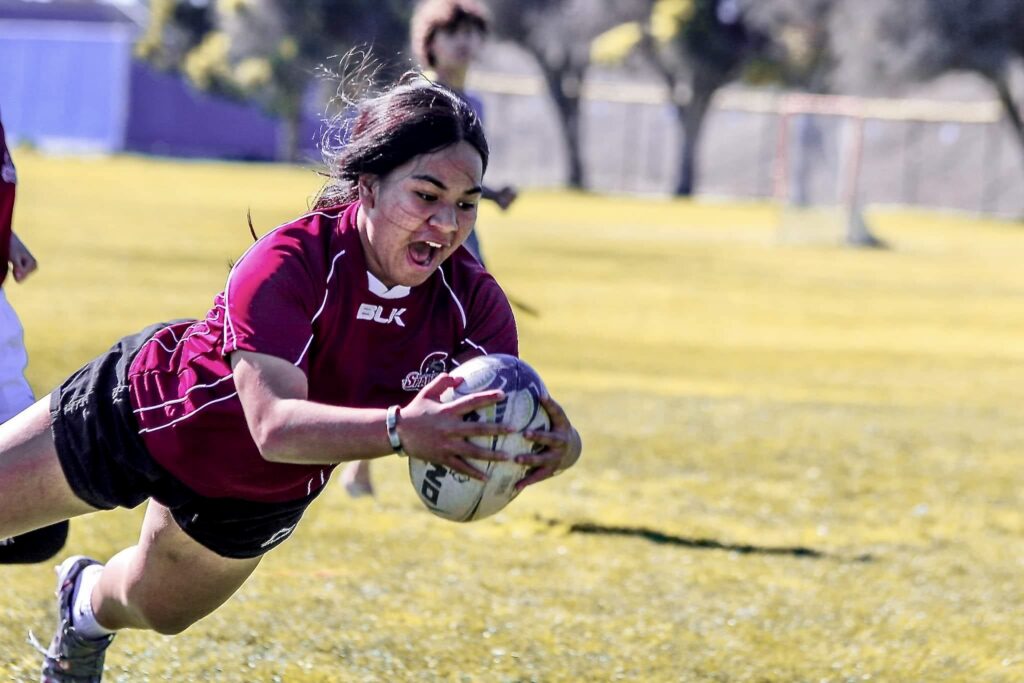 And that’s because teams competed at one location each week and could collaborate on game day. Meanwhile, referee Roche Sanchez oversaw the officiating and reported to every tournament; Cathedral girls’ coach Tuli Atanoa coordinated every festival day; and Mana Performance Rugby’s Ramsey Tuaua sponsored the Mana Cup.

The Carson Colts were like a lot of teams – rebuilding from Covid. But the program had coaches Emo and Ian Pula, and they were stable forces as the practice squad fluctuated between 6-13 players. The team trained three times per week, for 1-1.5 hours each, depending on lights at the park. 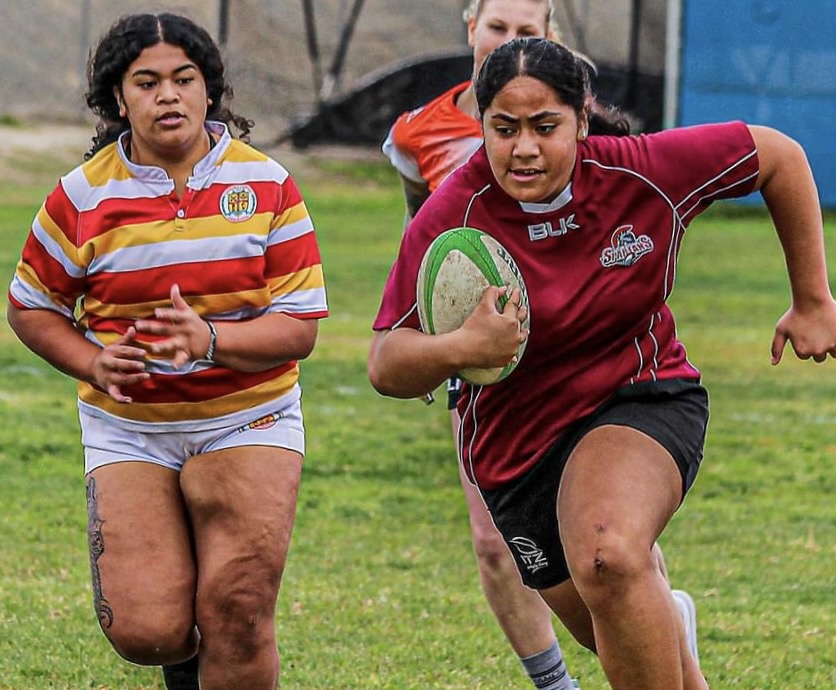 “We are developing a new team, so it’s really important to create and mold new leaders,” Emo Pula explained. “As coaches, Ian and I always give the older girls who have rugby knowledge the opportunity to be leaders, to set the standards for the rest of the team. At the same time, it’s really important we also have another leader/captain who is younger. Doing this builds their self confidence, self esteem, self motivation, and rugby knowledge of the game. The coaches trust them to be leaders, and that always brings the best out of these younger players.” 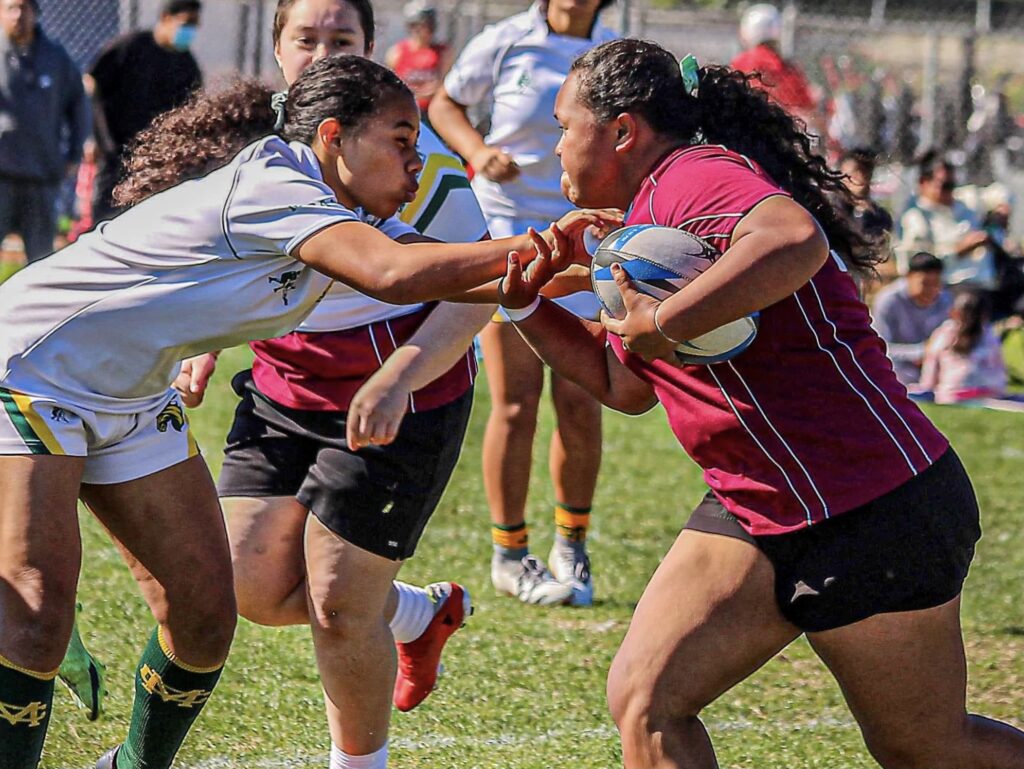 “These ladies set a positive tone with positive, respectful energy for the game of rugby by communicating and knowing what their team needs on and off the field,” Pula praised.

Pina Uigaes, Crystal Cisneros, Jayda Vaifanau, Janiyah Vaifanua, Siene Mesake and Aliyah Flowers are brand new to rugby, but they were committed to learning the game and worked toward consistency.

“They have shown tremendous growth in the sport of rugby,” Pula lauded the newcomers. “They are fearless, they have taken chances and are coming out of their comfort zones. Their rugby IQ has sharpened, which allows them to perform to their fullest potential. These young ladies make me proud and as coaches we look forward to see how they will continue to excel in rugby.” 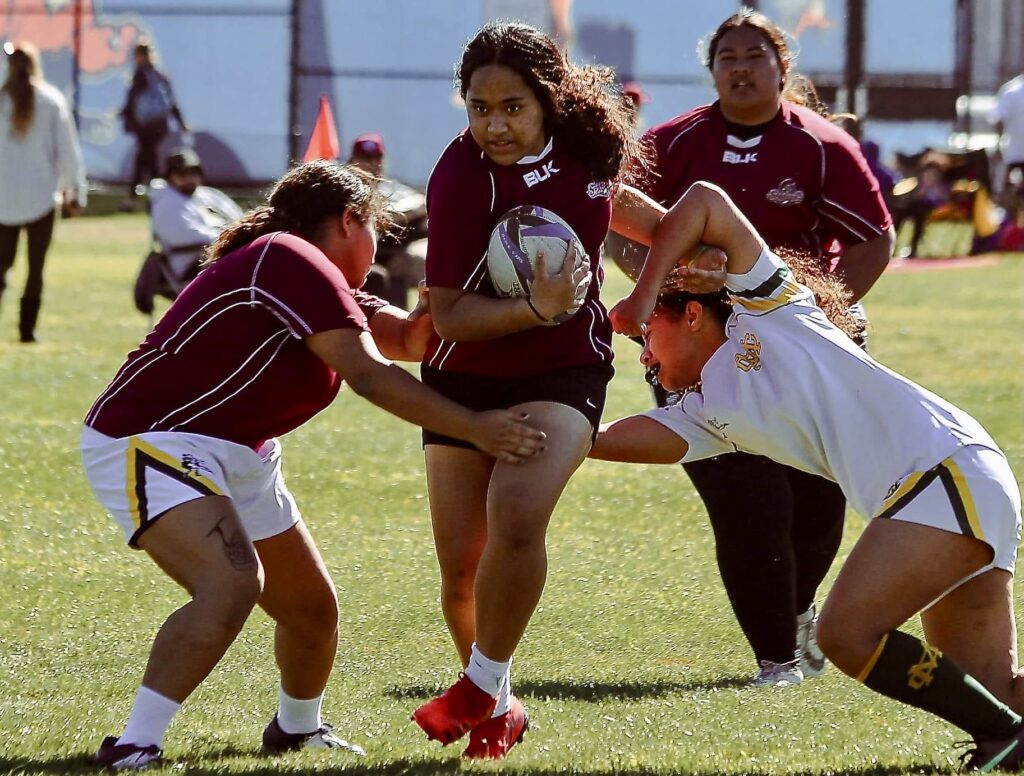 But Carson needed some time for all of the new pieces to start working together.

“At the beginning, we were just like any new team,” Pula explained. “I had brand-new players still learning which way to present the ball. But after two weeks of training and two weekends of games, our girls started picking up the rules and momentum of the game.”

During week three of the SCIRF season, Carson won the weekly Mana Cup, and the gains compounded through week 13. Carson won the tournament and overall title, while Los Alamitos finished second, and Cathedral Catholic took third.

“The SCIRF season was a blessing for our young ladies, because I started my preseason training to help get South Bay Spartans up and running, and to be able to play every Saturday was a bonus for these young ladies,” Pula referenced the high school club team to which the majority of Carson players will funnel. “This allowed the girls to implement what we trained weekly. The entire SCIRF season was a ‘learn, train, implement, and excel’ experience. So, we are grateful to coach Tuli for allowing us to be part of the SCIRF season.”

Now players and staff will transition to SoCal Youth Rugby’s high school club season. SCYR is still in the midst of its own high school 7s season, and will name DI Core and DII Open champions later this month. Pula believes South Bay will have the numbers for U16 and U18 teams.

“South Bay Spartans is back,” Pula enthused. “If anyone’s interested in playing for the Spartans, reach out and register. We are always looking for new talent and no experience needed.”