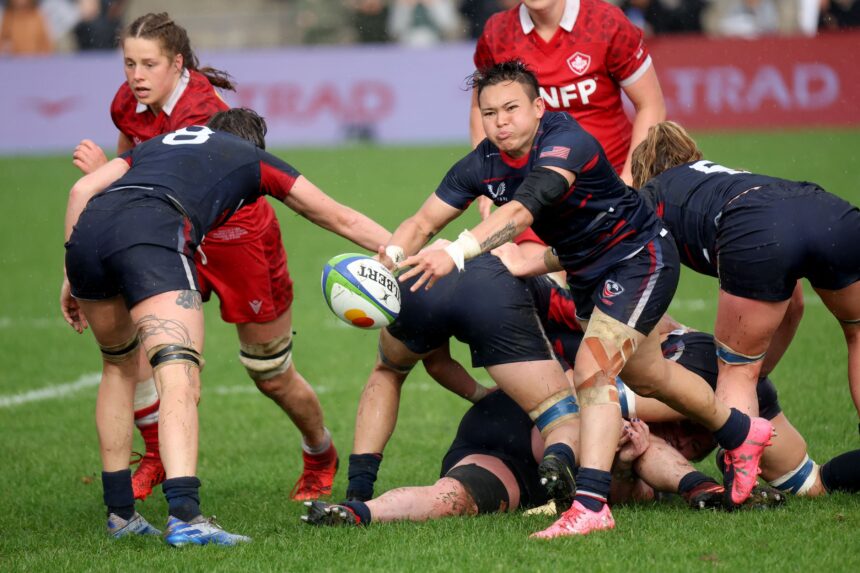 A new rugby season is here, and the 2022-23 year is absolutely packed with action. The season actually begins this Saturday, as the first set of senior clubs play their league openers in the Midwest, and then it’s full throttle into December. High schools through the national teams are busy, and the following is a preview of what TRB will be covering. [Lead photo: USA’s Bridget Kahele, PC: Andy Jackson/Getty Images for World Rugby]

Due to the pandemic delay, women’s rugby has two Rugby World Cups occurring within a month of each other. The Rugby World Cup Sevens is happening on schedule: Sept. 9-11 in South Africa. Remember the quadrennial tournament is different from the traditional HSBC World Rugby Sevens Series format. There’s no pool play, so the winners from the Round of 16 advance directly to the championship bracket (Cup/Plate), while the losers filter into the challenger bracket (Bowl/Shield). The USA Eagles open against Poland, an immediate challenge, and will play a maximum of four games across three days. The USA has not yet announced its travel roster. 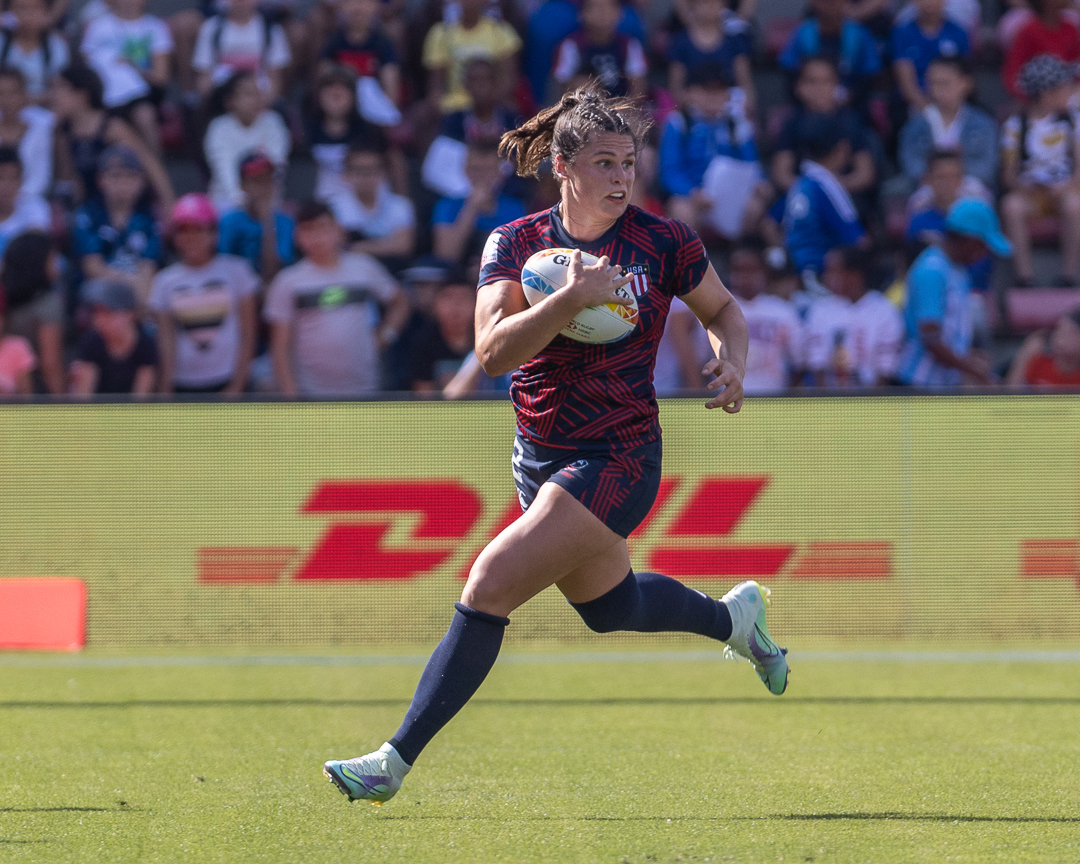 Less than a month later (Oct. 8-Nov. 12), the pandemic-delayed Rugby World Cup 2021 will kick off in New Zealand. The 15s Eagles have been in pre-season camp since early August and are now in the U.K. for two warm-up tests. The Rugby Network will be live-streaming both matches for free:

The RWC squad will come out of the U.K. tour, and then once in New Zealand, the USA will compete in Pool B against Italy, Japan and Canada. See the full schedule.

RELATED: TRB collaborated with Ruggette on its Road to the World Cup line

College rugby goes big in the fall as the majority of the country’s 15s programs play in fall-based championship competitions. The first day of competition for NIRA, the country’s NCAA varsity women’s rugby league, is Sept. 1 (see full schedule) and all three divisions (DI, DII, DIII) will name their national champions on Saturday, Nov. 19. There’s been quite a few coaching changes as well as some new members this year and TRB recently wrote a Q&A to clarify some general league questions. 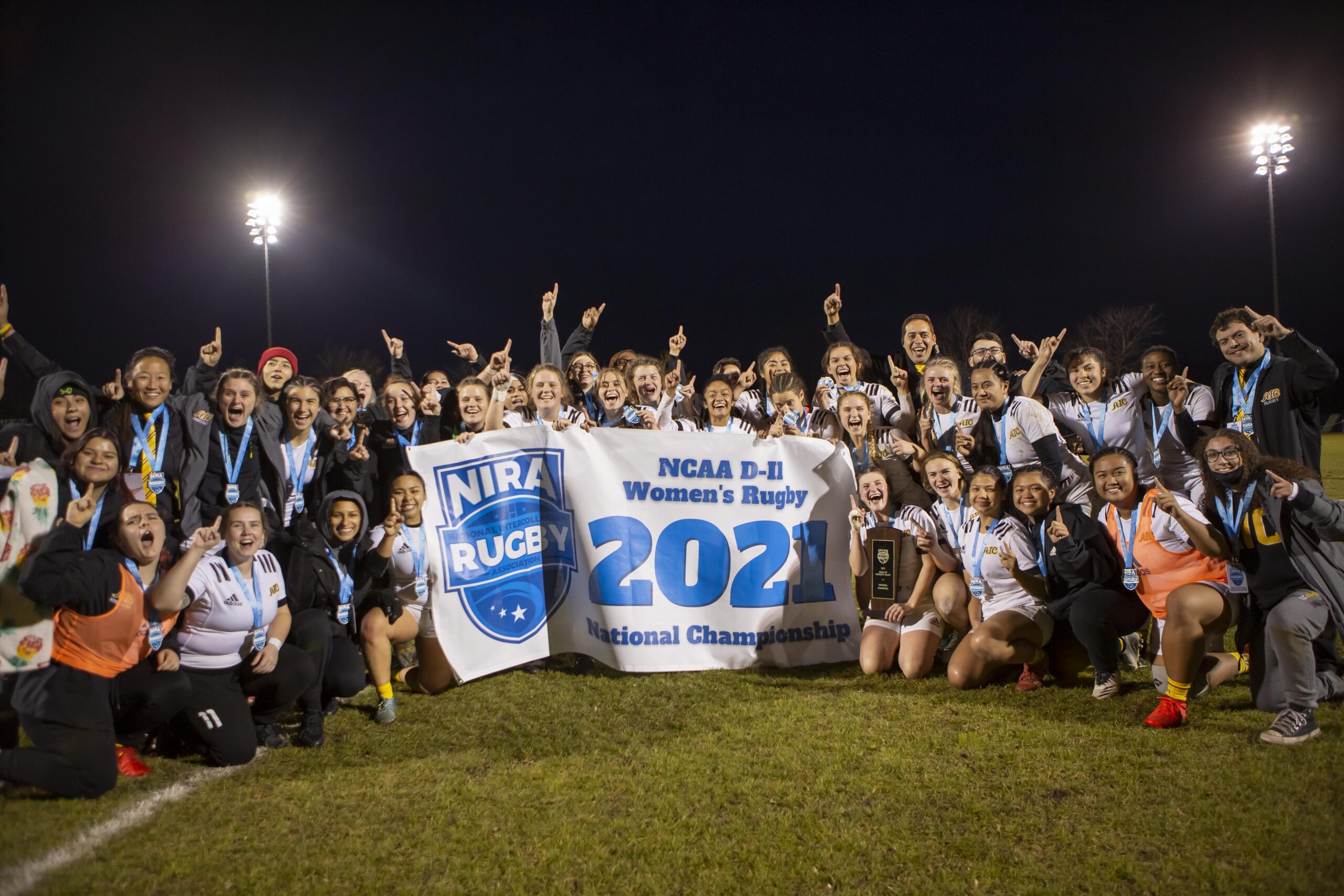 DI Elite has shifted from the spring to the fall, which makes sense for the four-team league. Previously, Central Washington, Life, Lindenwood and Penn State spent the year building to two playoff games in April-May, which is grueling. Now the top non-NIRA teams can play their whole 15s season in the fall and then shift to 7s and tournaments in the spring. In terms of staffing, Ryszard Chadwick joins the league as Life’s new head coach.

College Rugby Association of America (CRAA) will name its DI and DII fall 15s champions, and the latter will be primarily fueled by partner American Collegiate Rugby Association (ACRA). The two entities intertwined their DII memberships last fall as well, as ACRA is rooted in the Northeast and Mid-Atlantic, and CRAA has DII fall teams in Colorado. The DI and DII CRAA fall 15s championships (“Fall Classic”) will be held Dec. 3-4 in Charlotte, N.C.

The club 15s season runs from late August to early June, but due to the length of the winters in the Midwest and Northeast, these regions concentrate their activity in the fall. The Midwest Rugby Union does a good job of explaining its changes (more hybrid leagues!) at the DI and DII levels (read more) this year, but to summarize: The regular season is Aug. 27-Oct. 15, and playoffs begin Oct. 22. The Midwest DI and DII championship finals will be held Saturday, Nov. 12 in Chicago. The victors book their spots in the Northern Super Regional playoffs that occur in April. (Toggle through this doc for a refresher on Super Regionals and how they flow into nationals). 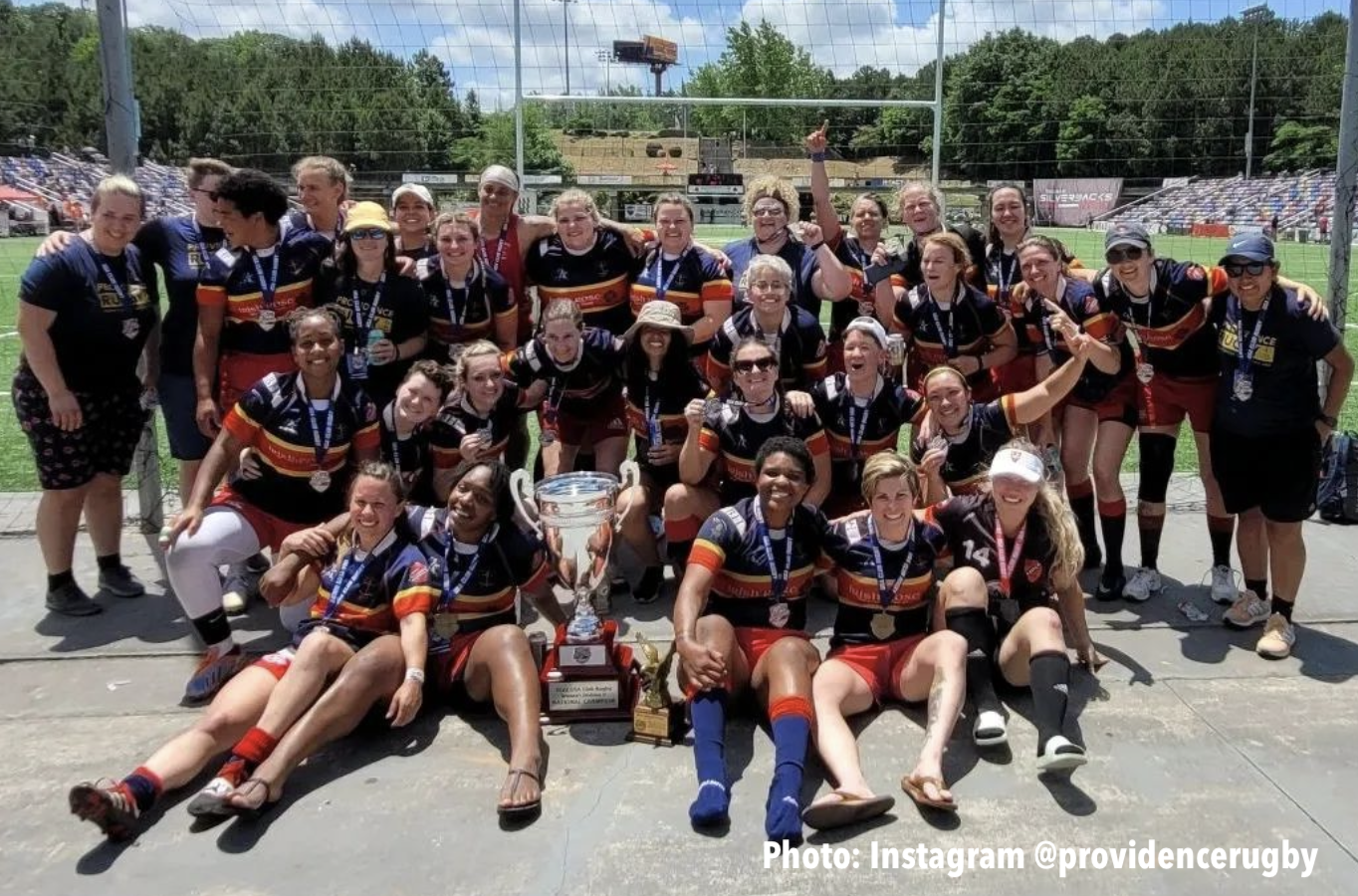 The Northeast’s Empire and New England regions will also name their respective DII and DIII champions in the fall, and they will advance to the Atlantic Super Regional in April. The Mid-Atlantic fills out the other half of the Atlantic bracket.

Otherwise, most leagues split their schedules between the fall and spring, although leagues in Florida and California, for example, won’t begin until January. TRB will restart rankings to keep better track of the teams building toward playoffs.

Sevens prevails during the high school fall season, but there are two states that name their 15s champions in the fall: Michigan and Wisconsin. Wisconsin is home to the Midwest and national single-school champion, Divine Savior Holy Angels. Sparta-Rock is the reigning champ in Michigan and really had a breakout year in 21-22, impressing at Midwests and traveling outside of the region to enrich its experience. The vast majority of states name 15s champions in the spring. 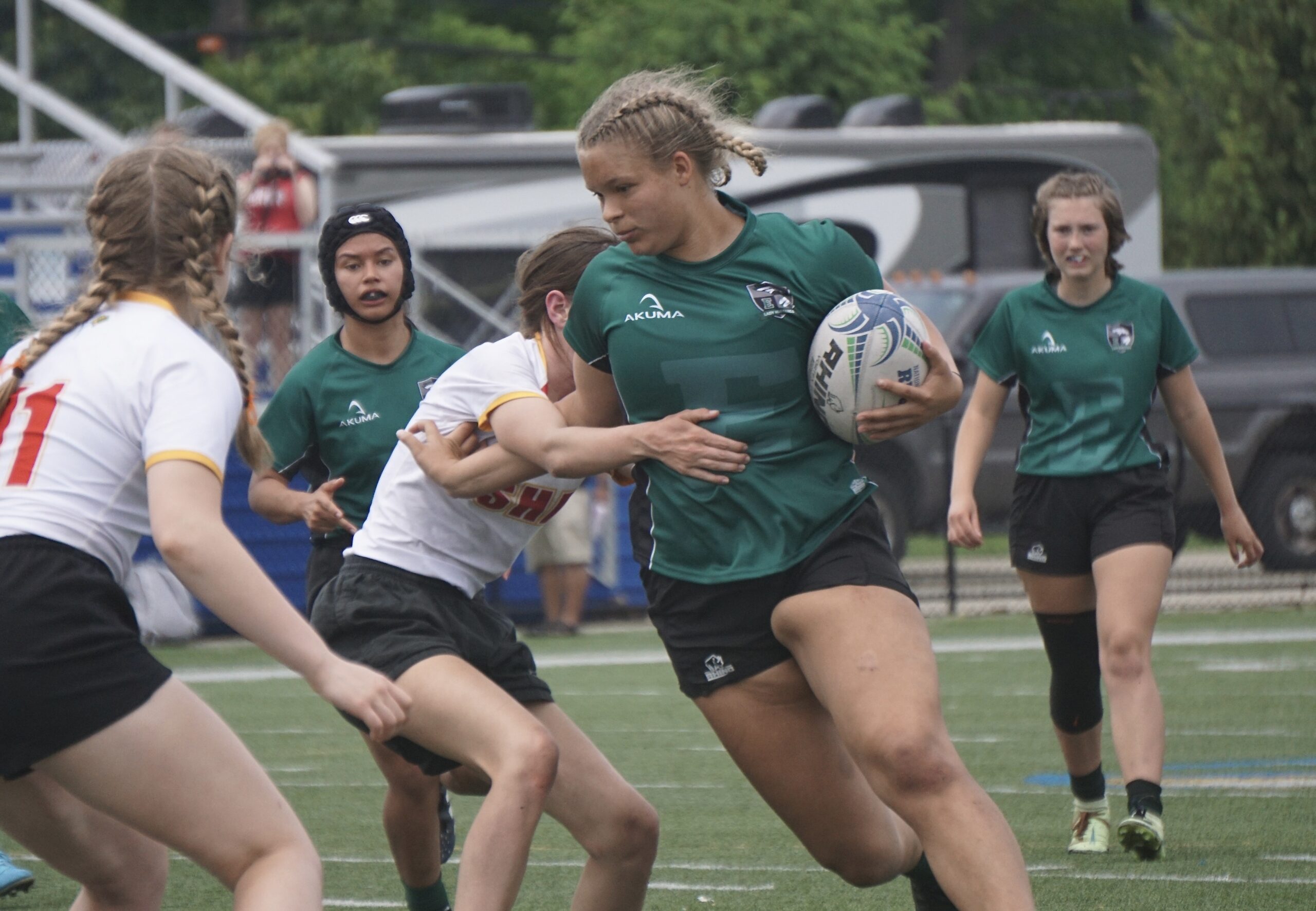 Lots of states play fall 7s, and they range from social run-arounds to intense title hunts. In North Carolina, for example, there’s a three-stop series contained to October. NorCal has embraced single-school-only fall 7s, while spring 15s can be clubs or stand-alone high schools. In Pennsylvania, out-of-state teams like Morris (N.J.) and North Bay (Md.) can participate in the series tournaments, just not the post-season. Indiana, Ohio, Oregon, Tennessee, Utah – they all have long-standing 7s competitions. But generally, fall 7s is an opportunity to inaugurate rookies and build momentum for the spring.

Meanwhile, keep an eye out for ID camps from USA Rugby Pathways as well as NDPs like EIRA. TRB is moving its current calendar into a better, more interactive format, and will continue to list these events and more.

Are we missing something? Feel free to contact us at editor@therugbybreakdown.com and let us know what we should be covering.