What to Watch: Women’s Weekend Rugby 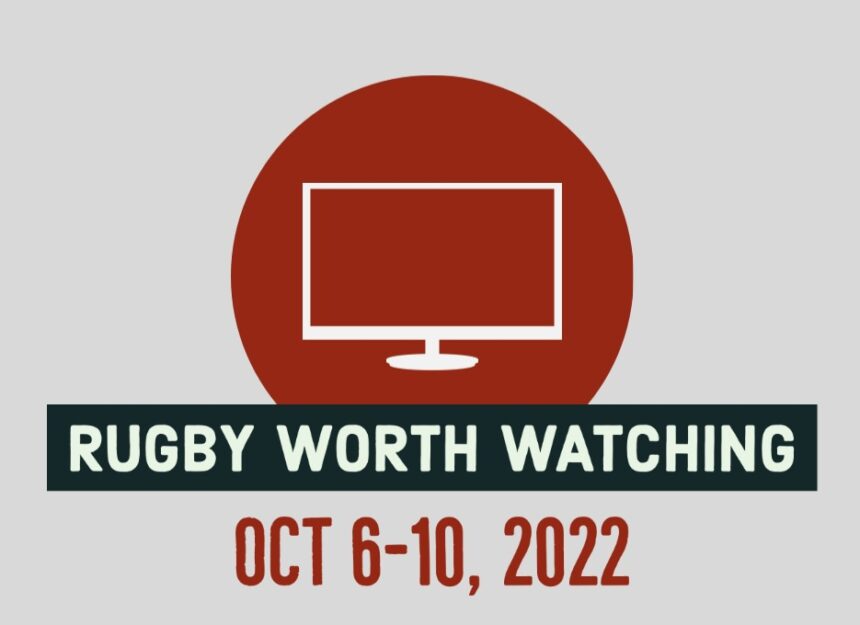 The upcoming weekend is a big one in terms of important games and TRB has selected a prime match to watch in every major sector of U.S. women’s rugby. But it’s “watch” in the figurative sense, as the majority of games won’t be live-streamed. That said, teams’ social media accounts are linked in case they do supply live updates.

Obviously the Rugby World Cup 2021, played in 2022, will be the biggest event on your calendar for the next month. The Eagles kick off their New Zealand campaign against Italy on Saturday, Oct. 8 (4:45 p.m. PT / 7:45 p.m. ET.). Peacock / CNBC will air the match and the the entire World Cup will stream on Peacock live.

In DIVISION I, all eyes turn to the Metropolis Valkyries vs. Chicago Lions match. Both teams are undefeated in the Midwest’s DI/DII Hybrid league (western conference) and routinely play tough matches against each other. The Lions are the reigning champ but the Valks have been putting up massive numbers this fall. Kickoff is 1 p.m. CT Saturday in Minneapolis, and the home side is celebrating alumni day with three Metropolis games on the day.

On the other side of the Midwest region, two undefeated teams do battle this Saturday: Columbus and Pittsburgh. They’re DIVISION II teams competing in the Eastern Conferences DI/DII Hybrid league, and all all of their matches this season have been single-digit wins so far. Again, incredible competition. Columbus is traveling to Pittsburgh, which is celebrating Forge Day. Its second side will play Harrisburg, and the men have three divisional games scheduled.

For DIVISION III, we head to the Mid-Atlantic, where York/Lancaster Thorns will host South Jersey . During the last two weeks, the Thorns beat Philly’s DIII side 53-0 and Wilmington 85-0. The SheDevils blanked Lehigh Valley 73-0 last weekend and Reading 81-31 the round prior.

Remember, there are many moving parts when it comes to women’s college rugby in the U.S. Read this primer if you need context for the following competitions and their games of the week.

NIRA: This isn’t a league match (see NIRA’s lineup this weekend) but is a very interesting friendly. NCAA D2 varsity Davenport University is hosting NCR‘s top-ranked Division I team, Notre Dame College. The Panthers are coming off a 22-19 win against NIRA D2 national champion AIC, and the Falcons returned from (then-7th ranked) Colgate with a 49-10 win last weekend.

DI ELITE: Central Washington is on a two-game tour out east, facing Penn State on Thursday and then Navy (CRAA DI) on Saturday. This match is important for seeding into the national semifinals on Nov. 19. Read more. Not to be overlooked, Life and Lindenwood are playing the first games of a home-and-away series in Missouri. Catch up on the DI Elite here.

NCR DI: Northern Iowa and Iowa State performed well at DI Midwest pre-season tournament and then reiterated their strength with Week 1 wins. UNI beat UW Madison 66-0 in week one, while Iowa State topped Winona State 71-0. This match also brings two best friends and head coaches – UNI’s Meghan Flanigan and ISU’s Kelsie McDowell – to the pitch. The duo is involved at the high school, college, club, all-star and Midwest levels, and this showcase is a celebration of hard work and investment.

NCR Small College: Two of the top-ranked teams in Upstate New York face each other this weekend. Hamilton College (3-0) travels to Ithaca College (2-1). Ithaca did lose to Cortland, which was ranked No. 2 last week, but beat the opponent they have in common – Clarkson – by a much larger margin. So Saturday’s game will lend some perspective to where they stand midway through the season.

CRAA DI: Reigning Rocky Mountain champion Utah State and Air Force are undefeated in conference play, and that will change on Sunday when the teams meet in Colorado Springs. USU is coming off a 50-5 win against Utah Valley, which is competing in the provisional division this season, and Air Force toughed out a 26-17 win against Colorado State last weekend. [Check out CRAA rankings.]

CRAA DII: Looking at the Rugby Northeast’s UMass Lowell and Providence College. Both are undefeated in a league that is looking stronger compared to last year’s pandemic-stricken competition. Game kicks off at 10 a.m. ET at Providence.

It’s fall 7s championship week for Utah Youth Rugby, and the Majestics have been looking hungry in both the Tier 1 and Tier 2 competitions. Tournament is Saturday at the RAC in Salt Lake City.

And for 15s, Hamilton and Catholic Memorial face each in their last regular-season match in Wisconsin. Both are heading to the state post-season, but the winner won’t have to play DSHA in the semifinals. Hamilton has never beaten the Crusaders in league or post-season play, but if there was a time to make history, it’s during Hamilton’s Friends & Family Day. Kickoff is at 10 a.m. CT at Nashotah Park.