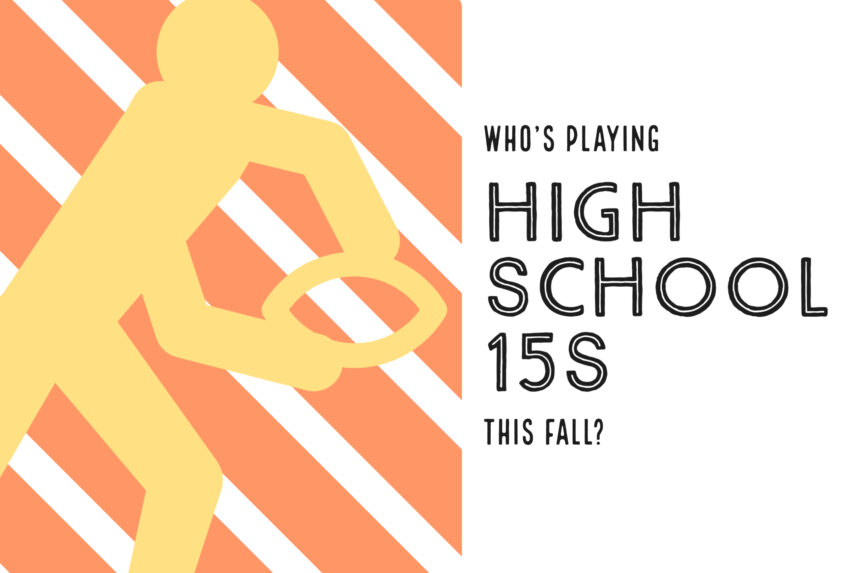 There’s lots of girls’ high school rugby happening in the fall, with the vast majority being 7s. But there are two states that hold their championship 15s seasons in the fall: Michigan and Wisconsin. And it’s been that way for a while. Sparta-Rock is the title-holder in Michigan, while Catholic Memorial won Wisconsin in fall 2021.

Wisconsin Girls Rugby (WGR) is the gold standard for high school 15s competitions, with 10 teams playing in two conferences. Yes, there have been combination teams and turnover over the years, but no state is more consistent or robust than Wisconsin. The coaches and administration will admit that it’s a lot of hard work and a constant struggle, but the 15s format gets a more diverse range of athletes onto a pitch and is worth the effort.

The season on Sept. 17, and teams will play four regular-season games in their respective conferences, then enter crossover semifinals on Sat. Oct. 22 (Madison United Rugby Complex in Cottage Grove). The state championship will be held the following Sunday, Oct. 30, at the Milwaukee County Sports Complex.

There are two undefeated teams in the Jeff Noe Conference: reigning single-school 15s national champion Divine Savior Holy Angels (DSHA) and Stevens Point, which beat Green Bay 39-24 last weekend. The two teams face each other this weekend in what will be a conference title match. The pool also includes Muskego and Pulaski, both of which are looking for their first wins this season.

Hamilton is undefeated in the Tony Oliver Conference and beat Brookfield/Kettle Moraine 31-7 last weekend. This weekend, the team will face Catholic Memorial, which dropped a 31-20 decision to DSHA JV last round. Hamilton, which debuted at 15s nationals last year, has never defeated the Crusaders at the varsity level. Madison also competes in this group.

Sparta-Rock has held the edge over Grandville the last couple of years, but the Bulldogs have dedicated coaches and a solid foundation of winning behind it. Grandville built upon that tradition by competing in Division I of high school 15s nationals last year.

Berkley, Grand Haven, Traverse City all return, but Milford, which was expected to play this fall, is not fielding a team. The field does get Warsaw back, though. The Indiana program returns for the Michigan 15s season but is not eligible for playoffs. Rugby is now treated like a varsity sport at Warsaw and the team has a huge roster with Trevor Cracknell at the helm.

Semifinals are Oct. 30 and the championship is Nov. 6 – both in Rockford, Mich.