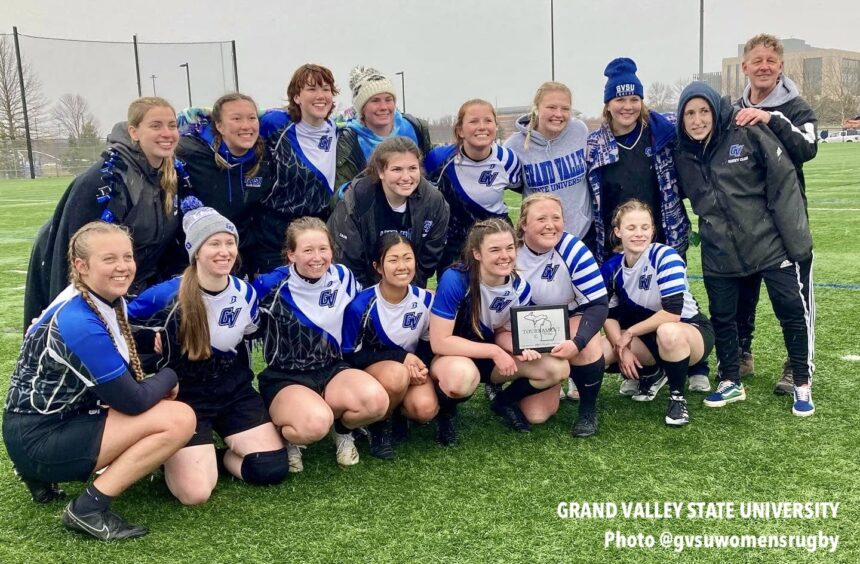 There are a bunch of college 7s tournaments happening right now. Some are just for fun. Some are setting the structure for a future series. And some are qualifiers for official national championships or high-profile invitationals featuring teams from across the country. The following is a review of last weekend’s action.

First, the National Collegiate Rugby’s Small College 7s National Championship is April 30-May 1 in Pittsburgh, Pa. This is a traditional competition in that teams are qualifying through their conference championships and then advancing to nationals.

Last weekend, St. Bonaventure University won the Upstate NY title, and runner-up Univ. Rochester also qualifies, as the conference receives two seeds to nationals. The Univ. South Dakota won the Sioux City 7s, a tournament hosted by Wayne State College. USD beat the Wildcats 15-5 in the semifinals, and per Bryn Chivers, the decision marked WSC’s first 7s loss to a small-college side since 2017. South Dakota beat St. Scholastic 30-5 in the final and confirmed its spot at NCR 7s Nationals in Pittsburgh.

Also hosted by NCR, the CRC May Madness 7s (May 28-30, New Orleans) supplies two competitions for women’s rugby teams: Premier and DI Club. The latter is essentially the NCR DI Club 7s National Championship, as conferences are sending their title winners to New Orleans. But there will be other teams present – like perhaps Southern Oregon, which won the Boise State qualifier last weekend. The team beat host Boise State 10-0 in the final, while Southern Utah topped Cal Maritime (playing in its first 7s tournament ever) 37-10 for third.

Grand Valley State University hosted the Great Lake Conference DI Club 7s Championship and posted three big shutouts to top its pool. Adrian College also went 3-0 in the pool stages to advance directly to the final. But it was the Lakers who went 4-0 on the day, defeating Adrian 36-7 in the title match and earning the berth to New Orleans.

Ohio Valley and Rugby Northeast name their DI Club champs this weekend, and Life University is hosting a Premier qualifier. April 23 will produce champs out of the Midwest, Great Waters and Mid-America, and Allegheny closes on April 30.

The Rugby 7s Collegiate Championship (R7CC) occurs May 14-15 in Atlanta, Ga., and there are some repeat appearances between this event and the CRC May Madness 7s that occurs two weeks later in New Orleans. On March 23, R7CC announced six teams competing in its Gold Division: DI Elite’s Central Washington, Life, Lindenwood and Penn State, and NIRA’s Dartmouth and Harvard. There should be two more teams added to this division.

Last Saturday, Harvard won its Crimson 7s, which featured seven NCAA varsity teams in the qualifier division (B sides and Univ. New England participated in a developmental round robin). Harvard beat Army West Point 25-17 in the title match, and the Black Knights would be a great addition to any 7s competition. Dartmouth defeated Sacred Heart 41-0 for third, and West Chester topped AIC 27-15 for the Plate. Full results.

The Red Division includes teams from the Big 10, Northeast, Pacific Desert and Pacific Mountain conferences, and thus feels like a CRAA DI competition. Univ. Michigan hosted a Big 10 qualifier last weekend, and Davenport University was the favorite for the title. But then host Michigan asserted itself in the pool rounds and beat the Panthers 15-14. In the end, that loss was a good focus-sharpener for the Grand Rapids squad, and Davenport went on to win the title 31-5 against Iowa. The victory sends Davenport to Atlanta.